The footage of the August 22 altercation has racked up 42 million views on Facebook. 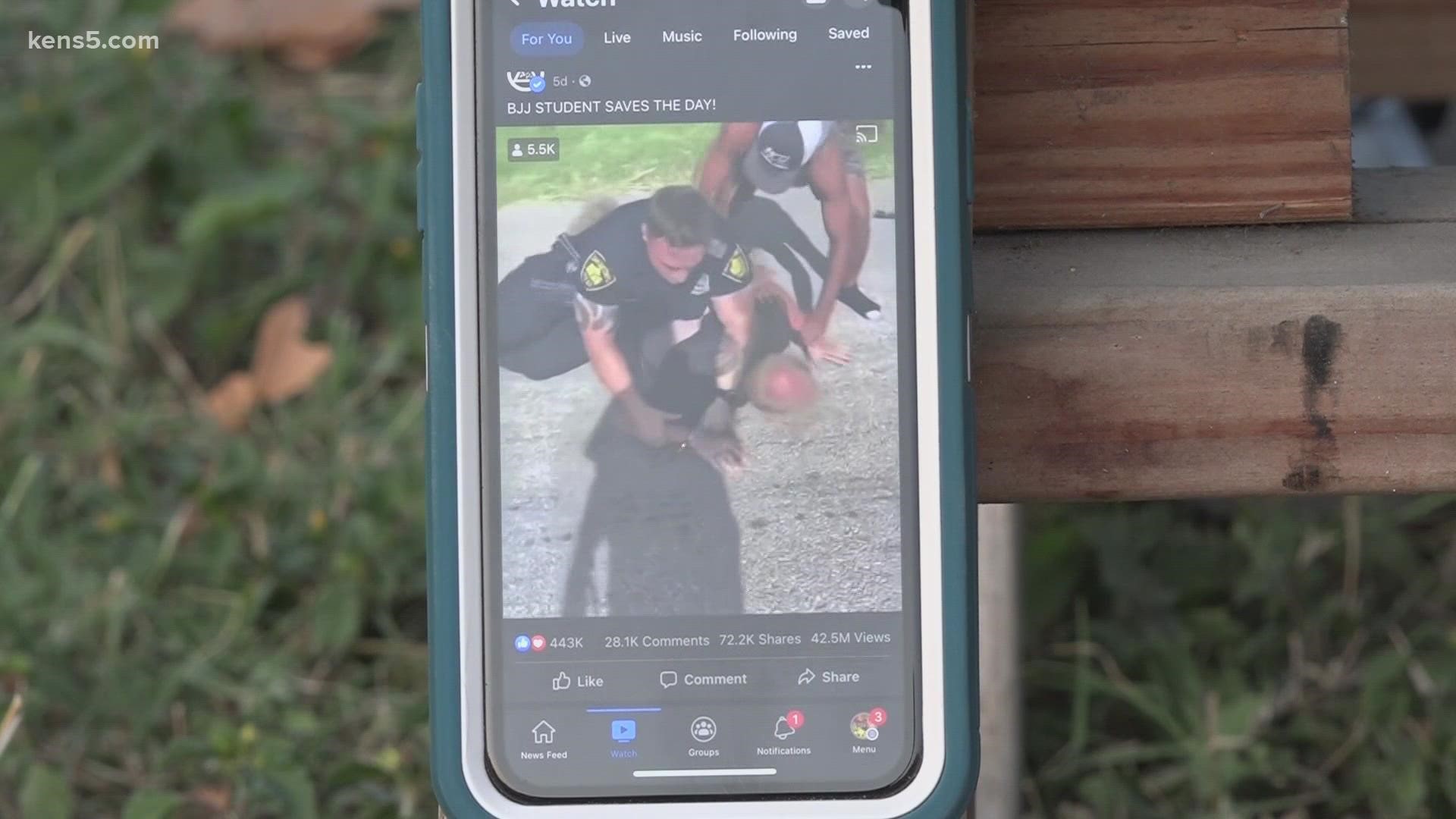 SAN ANTONIO — A video capturing a dramatic altercation in south San Antonio has gone viral, racking up more than 42 million views on Facebook.

San Antonio Police confirmed what the video shows: a citizen jumping to help an officer involved in a struggle and trying to arrest a suspect who had an outstanding warrant.

Police officials say Officer Linville saw the wanted man at the corner of Saipan and Sultonfuss near Pleasanton Road, and when he tried to talk to him, the man started to run off.

Police say when Linville caught up with 44-year-old Jack Albert Evans, they started to struggle and both fell to the ground.

Evans remains jailed as of Friday evening. He is charged with attempting to take a weapon from an officer, evading arrest and felon in possession of a firearm. He’s also charged with the original outstanding warrant for unauthorized use of a vehicle.

Police say EMS checked out both the officer and Evans when the fight was over. Neither was badly injured.