Captain Justin Tirelli responded to the Pentagon on September 11, 2001. 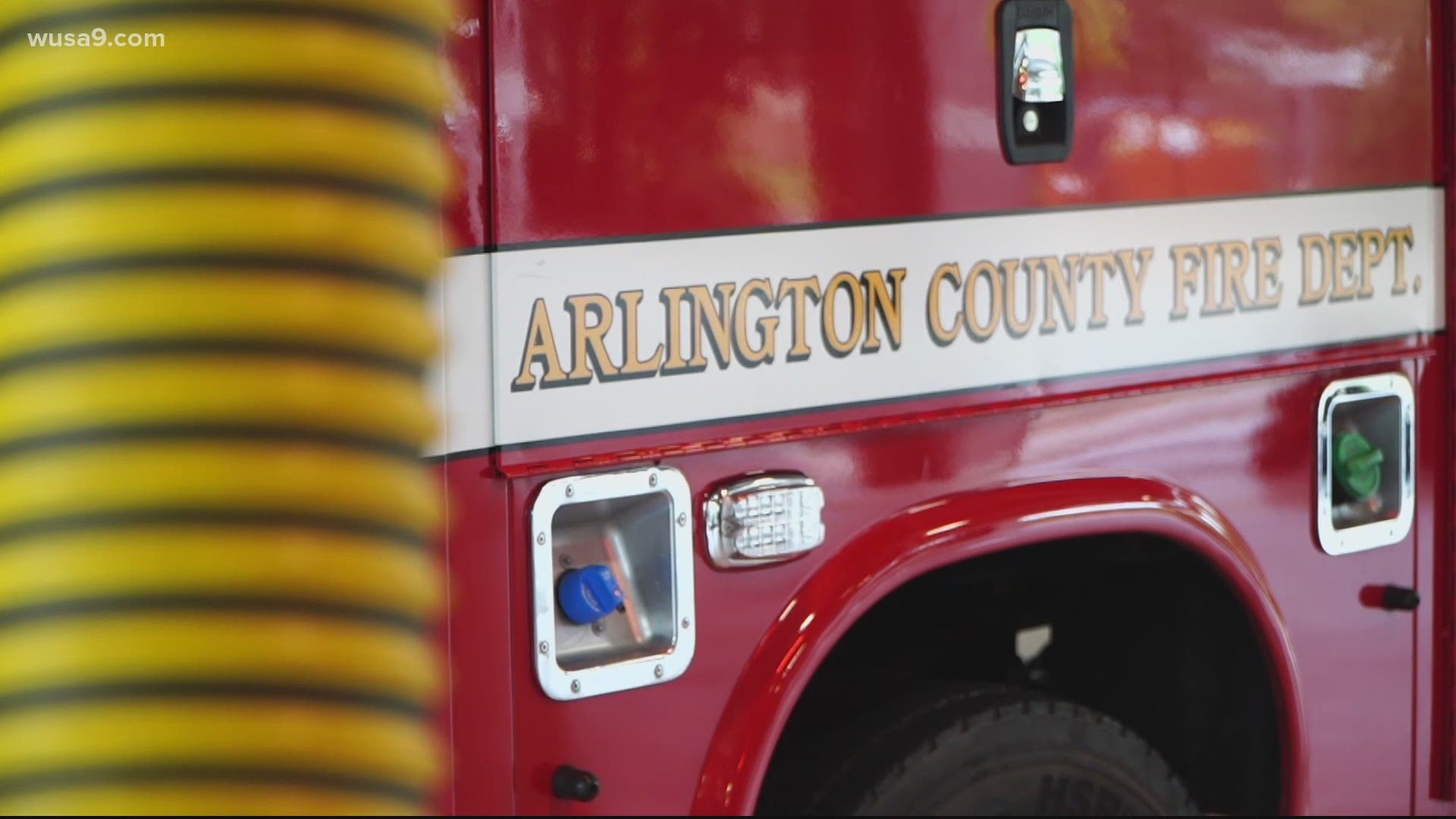 WASHINGTON — Friday marks 19 years since the September 11th terrorist attacks. Unlike in previous years, the public will not be able to visit the Pentagon in person to watch the ceremonies, due to the coronavirus. However, thousands of families plan to watch the event online as we remember September 11th.

What happened at the Pentagon continues to be a personal memory for families across the DMV. It is a day our community will never forget, especially for the men and women who responded to the scene and witnessed the tragedy first hand.

Captain Justin Tirelli had just started working at the Arlington County Fire Department and remembers the day vividly. “September 11, 2001 was a Tuesday. It was a beautiful day. It was bright, clear blue skies. I was assigned to Truck 106 in Falls Church,” said Tirelli.

Tirelli assigned to drive the ladder truck that day and was going through the morning checklist when he heard what was happening in New York. “While I’m doing that somebody came running into the apparatus to say they were watching television and that there was a big fire in New York City at the World Trade Center,” said Tirelli.

At 9:37 in the morning, Flight 77 crashed into the Pentagon, killing 125 people inside and the 64 passengers on board. “We made it to the Pentagon and we were met by the huge see of humanity just walking into the parking lot. All the people were from different walks of life, military, civilian, different uniforms. We were trying to weave our way through them,” said

“We walked into the inner courtyard, met up with more groups of firefighters and we were given an assignment to follow a hose line into the building and relieve the crew at the other end of that hose line,” said Tirelli.

“I remember distinctly, walking in and seeing what appeared to be the front landing gear of a plane. I saw a wheel, I saw a tire. And it was right there in the hole that was created by the plane,” said Tirelli.

“We started spraying water left and right and as far as we could see. It was just pitch black except for the orange glow that seemed like it was 100 feet away but it could’ve been 20 feet away. It was just so hard to tell,” said Tirelli.

“We really could only stay in there for 20 or 30 minutes before our air bottles were totally depleted,” said Tirelli.

At one point, Tirelli remembers climbing onto the roof of the Pentagon to help stop the fire from spreading.

Tirelli said first responders came from everywhere to help at the scene. “Everyone would work together, people we did not even know from other jurisdictions and we form teams. We knew we could not do it without having a massive teamwork effort,” said Tirelli.

“We learned so much from 9/11 with regards to organizing a response incident and how we communicate with each other. The lessons we learn from 9/11 that we’ve carried throughout the years have constantly improved, constantly adjusted. That is what’s helping us continue to provide high-quality service,” said Tirelli.

Every year, the Arlington County Fire Department hosts a ceremony where they invite the public. This year, due to COVID19, they are hosting a virtual ceremony you can watch online instead.

“Initially the 9/11 anniversaries were difficult. It was such a difficult time but over the years, it has gotten a lot better so everyone is willing to talk about it and share stories,” said Tirelli.

The anniversary is commemorating a day we will never forget. “September 11th didn’t just affect this area or this country, I mean it was a worldwide event. Seeing how people could still come together through all of that, that’s what we like to remember,” said Tirelli.

RELATED: We were attacked 19 Years ago, but we came together | Reese's Final Thought

RELATED: 9/11 anniversary marked by changes due to coronavirus