12 members of the MS-13 gang were arrested with one suspect wanted and believed to be in El Salvador, officials say. 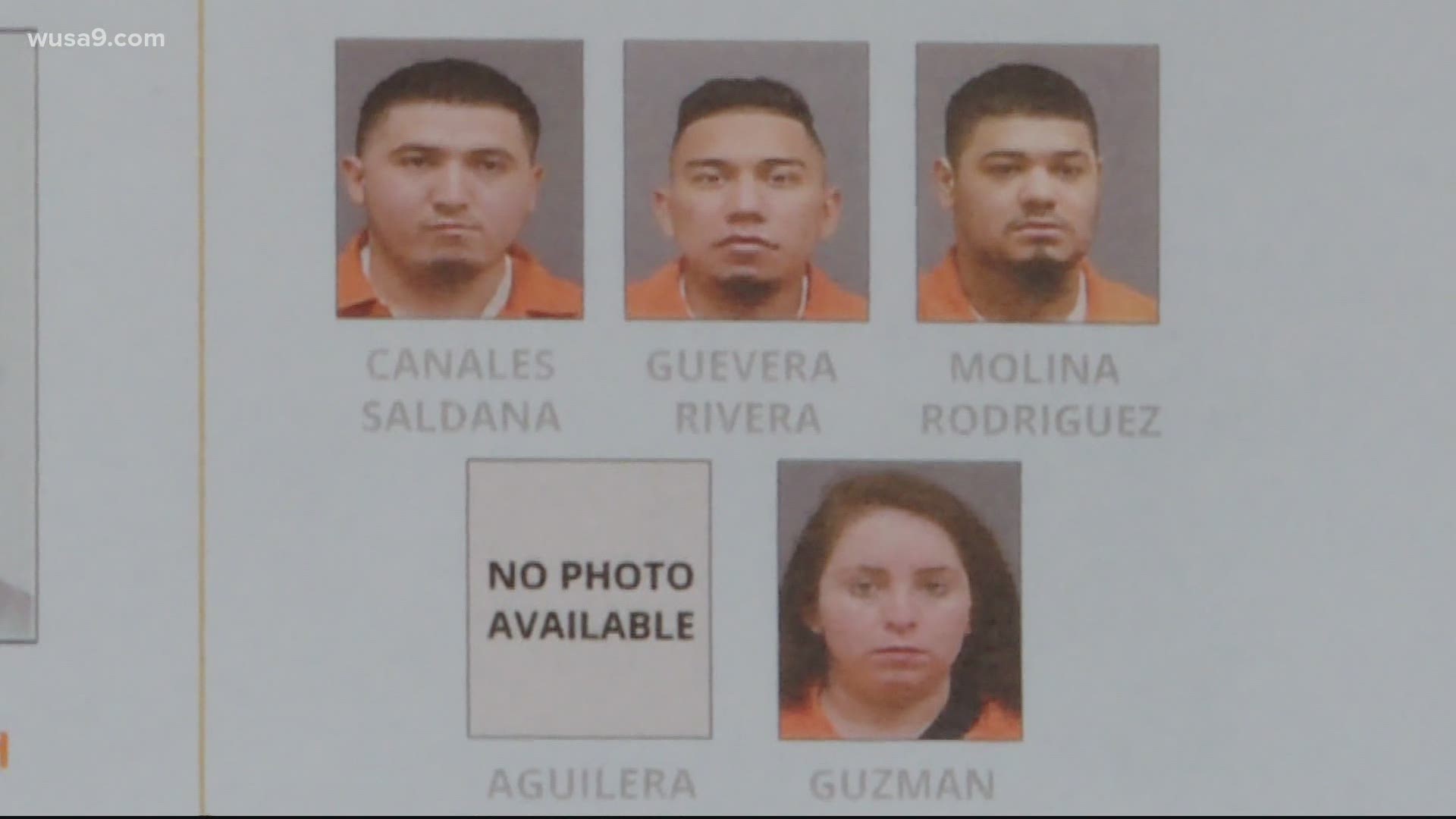 "How do you take another human’s life to be a gang?” asked Joan Lewis, whose son, Antonio Smith, was simply walking home from a convenience store in Dumfries last year, when police say five members the gang decided killing him might give them more cred. They’re all among those charged.

"They were killed in cold blood for no apparent reason. They were randomly targeted individuals," said Prince William County Acting Chief Jarad Phelps.

One suspect remains wanted and believed to be in El Salvador.

Authorities said the Sitios Locos Salvatruchas clique is linked to a string of heinous crimes and drug trafficking of cocaine from New York to sell on the streets of Prince William County.

In an effort for members to further their standing within the MS-13 gang, they would randomly murder victims, officials said, posing a major threat to members of the community.

Detectives on this case worked with the Commonwealth Attorney’s Office to hand down more than 50 charges to the 12 arrested. The charges ranged from second-degree murder, conspiracy to accessory after the fact and tampering with evidence.

Detectives also added over 80 charges linking the suspects and other members of the clique to gang participation, narcotics distribution, and weapon-related offenses during their involvement in drug trafficking.

Credit: WUSA
Six suspected MS-13 gang members arrested in Prince William County and charged in connection to the murders of four people in 2019.

"This joint investigation is the culmination of many man-hours of hard work to remove violent gang members from the streets of Northern Virginia,” said Jay Lanham, Director of the Northern Virginia Gang Task Force. “The men and women involved in this investigation are dedicated to eradicating gang crime throughout the region.”

Officials are encouraging members of the community to speak up on matters of crime to keep the region safe from drugs, guns and violence.