The death penalty will be replaced with a life sentence without parole. Virginia currently has only two inmates on death row. 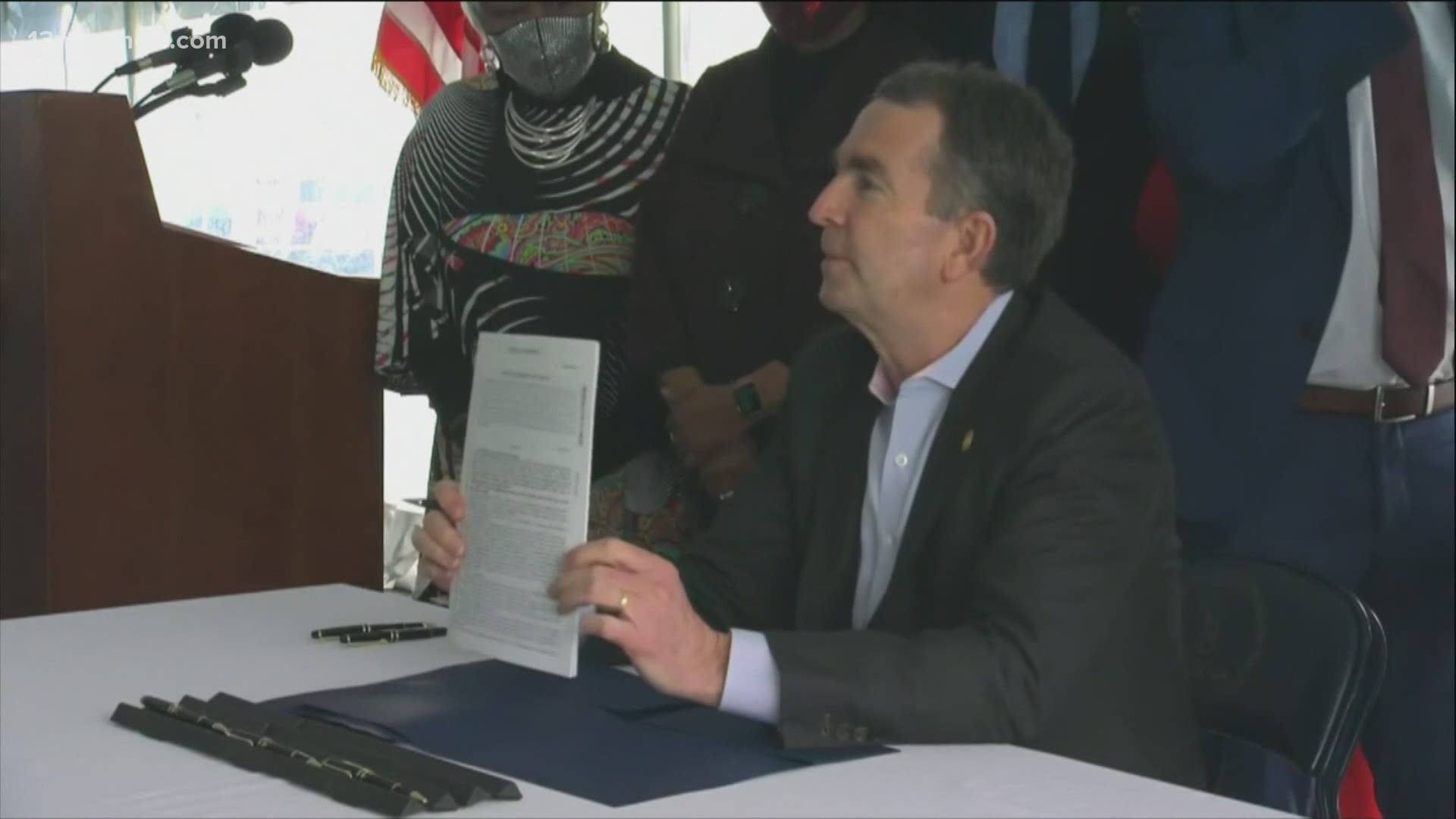 Northam scheduled a tour Wednesday of the death chamber at the Greensville Correction Center and signed the landmark legislation outside the facility.

"Virginia’s history – we have much to be proud of, but not the history of capital punishment," Northam said.

This makes Virginia the 23rd state, and the first in the South, to end executions.

The commonwealth has executed more than 1,300 people in its 413-year history, which is more than any other state.

But, since the Supreme Court reinstated the death penalty in 1976 – Virginia's 113 executions trails the Texas record by more than 400.

"The death penalty system is fundamentally flawed—it is inequitable, ineffective, and it has no place in this Commonwealth or this country," the governor said.

Northam said there were too many proven cases nationwide of people wrongfully convicted – and a system that disproportionately lands Black people on death row.

Of the 113 people executed over the last 45 years, Northam said 52 were Black.

"Virginia has come within days of executing innocent people, and Black defendants have been disproportionately sentenced to death. Abolishing this inhumane practice is the moral thing to do," he said. "This is a truly historic day for Virginia, and I am deeply grateful to those who have fought tirelessly and for generations to put an end to capital punishment in our Commonwealth.”

The governor plans to replace the death penalty with a life sentence without parole.

Virginia currently has only two inmates on death row. Both men have ties to Hampton Roads. Their sentences will be converted to life in prison without parole.

Anthony Juniper was convicted of killing four people -- his ex-girlfriend, her two kids and her brother -- back in 2004.

Thomas A. Porter was convicted of brutally shooting and killing Norfolk police officer Stanley Reaves in 2005.

The last execution carried out in Virginia was in 2017.

Jordan Brown, director of the Urban Renewal Center in Norfolk, said for this decision, the state's history as part of the South was particularly important.

"Just to know we are going to be the first state in what could be considered the Confederacy is a major deal," he said. "I am really excited to see this finally coming to an end."

In January, Brown joined a group of faith and community leaders in Norfolk calling for an end to capital punishment.

"I am a personal believer of restorative justice. Retributive justice has been the case for the United States for years, and there should always be penalty when someone commits a crime," said Brown. "But it doesn’t’ necessary have to be someone versus the State, and the State, I don’t think, has ever really been one that’s taken the law into the own hands, as far as taking someone’s life."

Credit: Jordan Brown
Jordan Brown and other faith, community leaders called for end to capital punishment in Norfolk in January.

The decision is controversial.

In February, a poll from The Wason Center at Christopher Newport University found that a majority of Virginians surveyed supported repealing the death penalty.

The poll showed race and political beliefs had a significant impact on where people stood on the issue.

Sixty-four percent of Republicans opposed abolishing the death penalty, while Democrats supported it at a 74% rate.