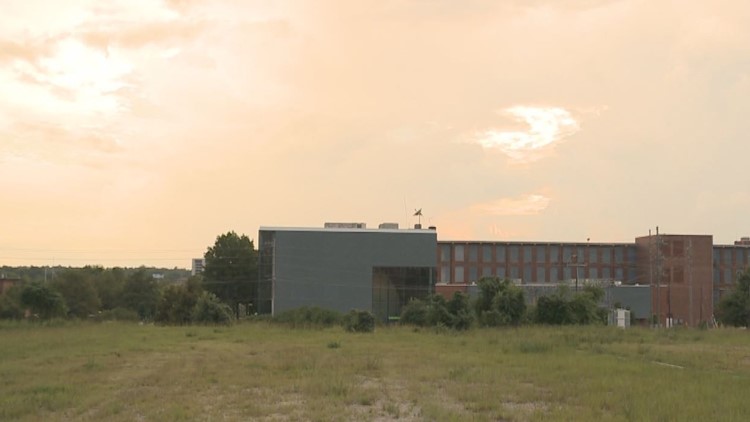 COLUMBIA, S.C. — The former Kline Iron & Steel Company location is moving forward to become a mixed use project at the intersection of Huger and Gervais Streets.

The Richland County Council gave the project final approval during their February 18 meeting.

The property was founded in 1923 and closed in 2004. Kilne was known for steel fabrication and tower construction during it's more than 80 years.

Since its closing, the property has been viewed as an opportunity to expand and develop the Vista further.

According to a release, the Windsor/Aughtry Company of Greenville, SC will be redeveloping 4.2 of the 7-acre site into a mixed-use development which includes two hotels, retail space, an office building, and structured parking.

The first hotel will be a seven story, 146 room AC Hotel by Marriott which will include a 10,000 square foot rooftop bar.

According to the release, over $92 million will be invested in the site during the project, creating 250 full time equivalent jobs.

According to the release, the joint city-council initiative also approved the development projects at Bull Street and the Capital City Stadium.

Paul C. Aughtry, III, Chairman of Windsor Aughtry Company, said he was pleased to be a part of the development.

RELATED: Flying Saucer in the Vista to close its doors after 16 years

“Windsor Aughtry is extremely pleased to have the chance to again be a part of the private side of our State Capital’s economic growth and vibrance... We believe that there is no greater investment opportunity in the region that will facilitate Columbia becoming recognized as one of the “really cool” river cities in the country."

“The Kline property has a longstanding, historical significance to the City of Columbia, and this project will serve as a catalyst for future development in our city. Along with the 250+ jobs and $100M in capital investment, this project will also solidify the connectivity between the Vista Entertainment District and Congaree River,” said Benjamin.

In 2014, Homes Urban, a Greenville-based developer, announced they had purchased the old Kline Iron and Steel Company. They had planned to build 280 apartments, a 680 space parking garage, office and retail space, and a hotel at the site. The development company also wanted to include public access to the State Museum and the Edventure Children's Museum. That development was slated to begin in 2015.