We know you have questions about the election and we were able to get many of them answered. 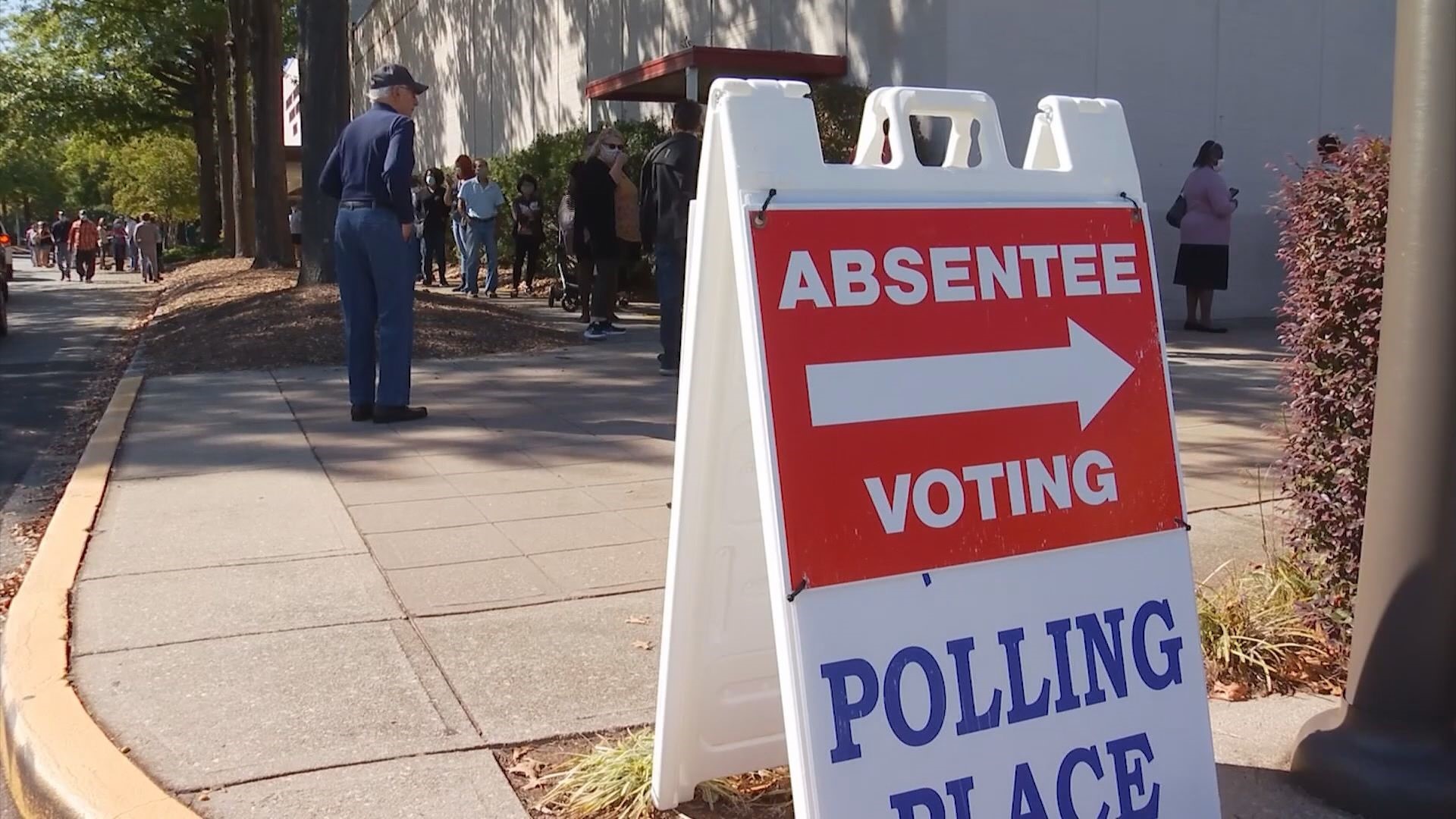 COLUMBIA, S.C. — South Carolina is already voting for the 2020 election but we know many people have questions about how to vote and ultimately how their vote will be counted.

Our Vote Squad has been answering many of those questions over the last several weeks in reports you've seen online and on air . But we wanted to get more of your questions answered, so our crews have been gathering them in person on the streets and from those that you send us by texting into our station.

We then took those questions to Chris Whitmire, who's the spokesperson for the South Carolina Election Commission. His agency is in charge of the elections, and they also preside over SCVotes.gov, the official website for South Carolina voting information.

You can watch all of our special report in the video player above. Below are a few of the questions and answers from that segment.

Since mail in ballots are being used more this year, how long will it take to count the votes?

The General Assembly allowed some parts of the process to begin on the Sunday before Election Day. (Not the actual vote counting itself, however.)

Whitmire says counties have additional scanners which can be used to count the votes, as well as letter openers and mail processing equipment. They're also bringing in extra staff.

He said they know at this point will have record breaking numbers of absentee ballots, but exactly how many is still unknown. He said the volume of ballots will vary county-by-county.

Despite that, he expects most votes to be counted on election night, but there may be some areas that continue to count the day after, but that may be the extent of the delay in results.

"I don't envision anything that's going to last days or weeks," Whitmire said.

Will all the same precincts be open that I'm used to in previous general elections?

Whitmire says there will be about 2,300 polling places open statewide.

If you're polling place was moved more than 60 days before the election, you would get a new voter registration card in the mail. If a move happened less than 60 days, you'll get a special postcard that will inform you of where you need to go.

Whether you think you know where you're going or not, Whitmire says everyone should double-check their polling location on November 3 before you head out that day at SCVotes.gov and click 'find my polling place.' That has up-to-the minute information.

Can you bring your filled out absentee ballot to your polling place?

It must be received before 7 p.m. on Election Day, which again is on November 3.

I think I already voted but I'm not sure. What are the methods to vote again?

People have three options to vote:

Voting at their precinct on Election Day - Go to your polling precinct and vote.

If I still haven't received my absentee ballot by mail, can I vote absentee in person?

First, go to SCVotes.gov and see when it was sent out. Be patient. But if you don't think it's going to get there in time, you can go and vote absentee in person. Whitmire says it may take a little longer because you're going to have to cancel the request for the absentee ballot.

Where is the safest place to drop off my absentee ballot?

Whitmire says he drops his off in the mail. But he understands there's a feeling of security and satisfaction of handing off it person. You can go to your county elections office to do that.

Can I vote at any polling place in my county on Election Day?

No you can't. You must go to the precinct that's been assigned to you. Again, you can always look that up by going to SCVotes.gov.

Do employers have to give you time off to vote?

While it may be a good gesture if your employer gives you time off to vote, there's no law requiring that they do. The good thing this year is that anyone can vote absentee in person ahead of election day, and there is also the option to vote absentee by mail.

How to I find out which candidates I can vote for?

Go to SCVotes.gov and click 'get my sample ballot.' That will let you know which races you can vote at in your precinct. Remember, while the U.S. Presidential race and US Senate contest are on everyone's ballot, all other races vary depending on where you live.