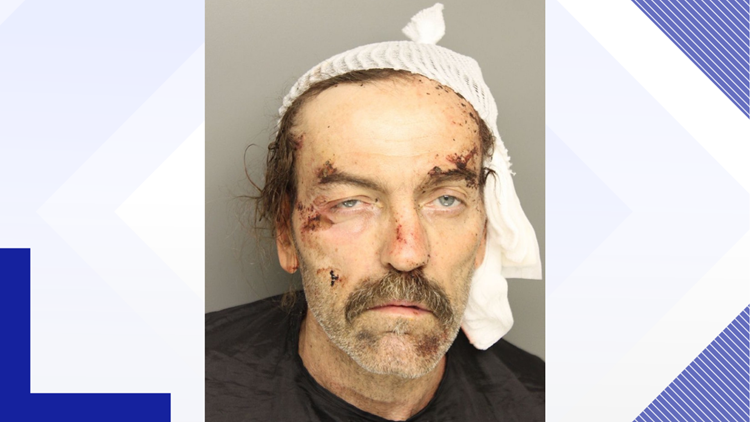 GREENVILLE, S.C. — A man wanted in Florida is now in a South Carolina jail after leading deputies on a chase, and finding an unusual place to hide.

His name is Kevin Leroy Scott White, and he was first found by Greenville County deputies as he rode his moped around a mobile park on April 28.

The 47-year-old took off on foot into the woods once he saw the deputies. However, they found him again  — this time inside a dishwasher, which was under the porch of a nearby mobile home.

During the arrest, White was bit twice by a K9. Once on his side and once on the back of his head. The second bite happened when the K9's handler lost his footing and caused slack on the leash, which allowed the K9 to release and re-engage.

White was treated at local hospital, then released. He has since been booked at the Greenville County Detention Center on several charges. Those charges include charged with failure to stop for a blue light, driving under suspension, failure to register a motor vehicle, reckless driving, possession with intent to distribute methamphetamine and resisting arrest.

The K9 handler in this case has been place on administrative leave pending an investigation.