Concerning levels of cylindrospermopsin, linked to blue-green algae, were discovered in Barton Creek this month. 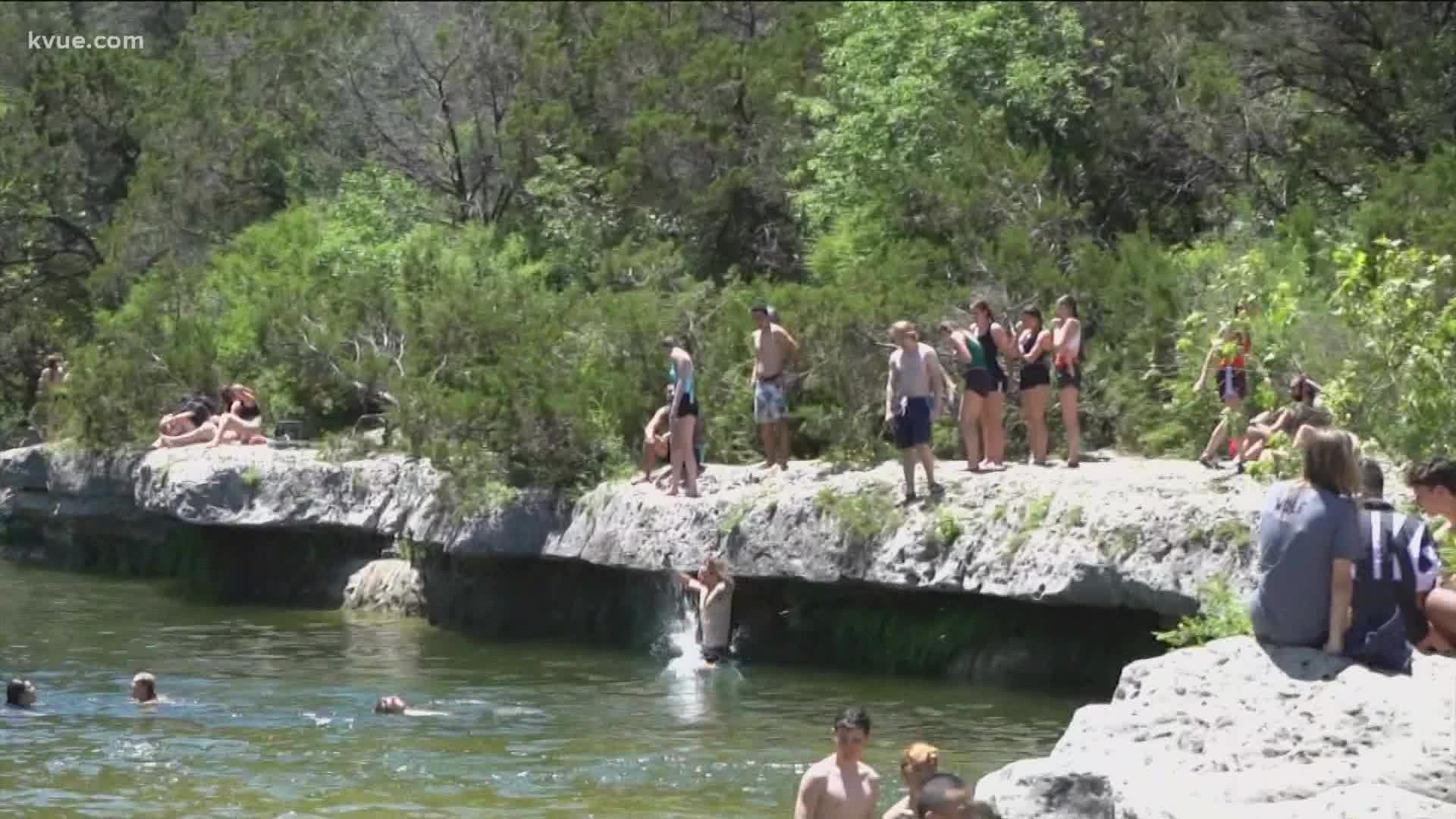 City officials took samples from the waters of Barton Creek at the falls on Sept. 9, which contained concerning levels of a toxin known as cylindrospermopsin. The samples were collected after officials received reports of human illness, and the results were received on Sept. 22.

Cylindrospermopsin is produced by certain types of cyanobacteria, otherwise known as blue-green algae. The levels detected were above EPA guidance values for safe, recreational use.

"This was a new toxin that was identified," explained Brent Bellinger, a senior environmental scientist with Watershed Protection.

City officials are urging people and pets not to swim or ingest water at Sculpture Falls. They will also be posting signs at access points to the Barton Creek Greenbelt near the falls.

The City put up signs on the trailhead kiosk Friday morning and plan to place more signs in the upcoming weeks to warn locals and tourists visiting the popular trail.

@austintexasgov put up new signs at #SculptureFalls this morning warning about a new toxic algae they detected. Officials say it’s harmful to humans and animals. We’ll have more about these findings coming up at 5 on @KVUE pic.twitter.com/zgd4DWQeWx

"This incident is different from previous incidents of harmful algae in the Austin area in several ways," the department said in a press release. "It is a different toxin with different health effects. The toxins were found in water samples rather than in the algae, which increases the risk of human exposure from recreational use. In addition, the toxin was found at a popular swimming hole in a creek environment, rather than in a lake or reservoir."

Officials said that there is still a chance harmful algae could be present in other waterways across Central Texas, as well as other bacteria or parasites.

"We advise people and pets to avoid warm, stagnant water. Steer clear of any discolored or foul-smelling water," the department said. "It is always a good idea to rinse off after being in a natural water body. Avoid swimming for a few days after heavy rainfall when bacteria levels tend to be higher. There can also be physical dangers with uneven depths, debris, slippery surfaces and strong currents."

The following symptoms have been linked to cylindrospermopsin:

If you may have been exposed, officials urge you to seek medical treatment immediately. If you have a possible illness to report, including in pets, call 311.

For more information on algae within the city of Austin, click here.

Who is filling Austin parks' parking lots before sunrise?

Former Hutto youth coach arrested for indecency with a child