December 1 is the official start of Meteorological winter which is the beginning the coldest months of the year. Here's a look back at autumn in the SC Midlands. 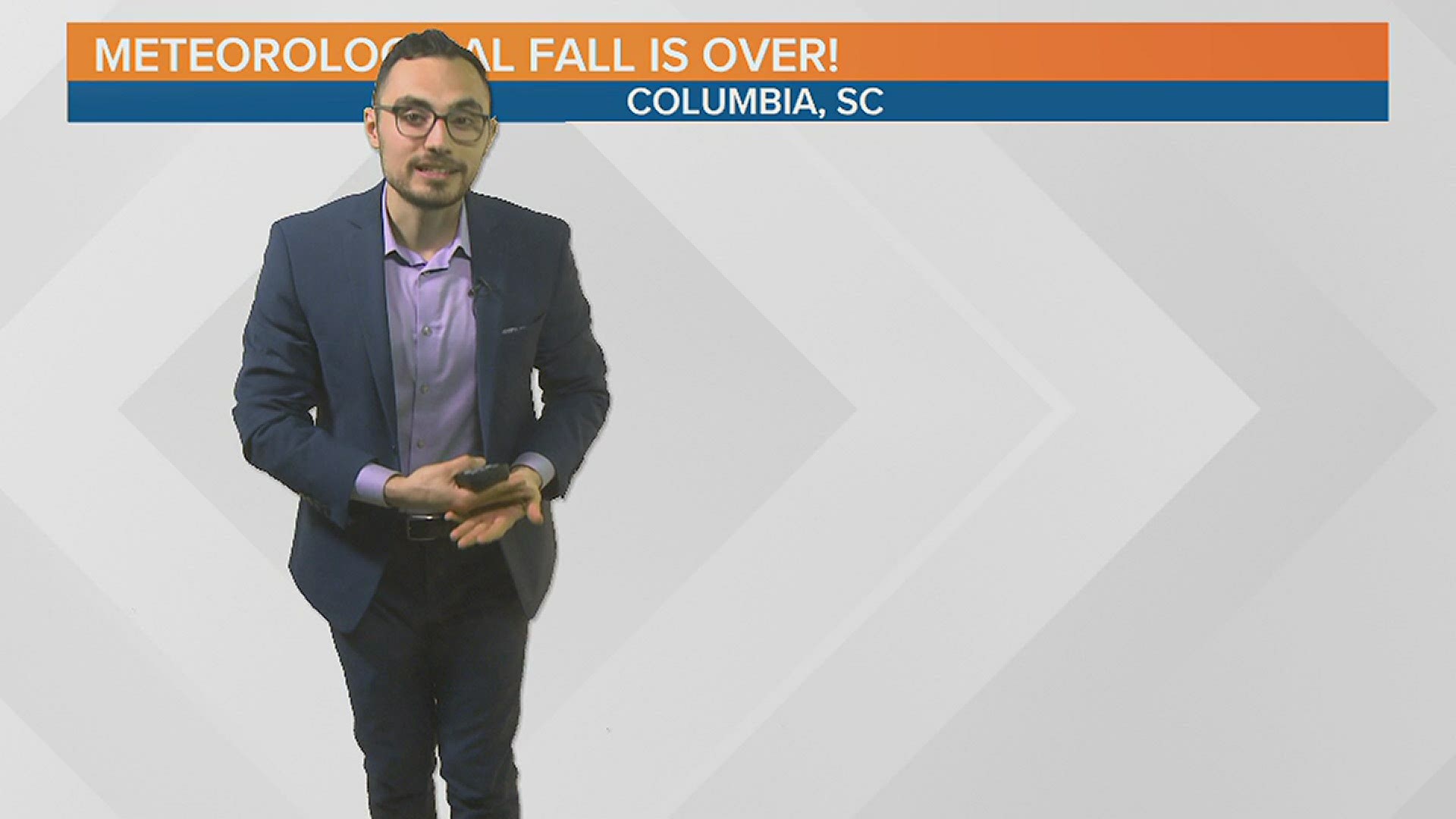 COLUMBIA, S.C. — December 1 marks the beginning of Meteorological Winter, the coolest three month period of the year, and the end of Hurricane Season in the Atlantic Basin. The date is a big milestone in the world of weather, but it snuck up this year because of the record breaking warmth we experienced in the autumn months.

The mid-November warm spell also broke records in Augusta. The Augusta Airport recorded their warmest November morning and afternoon on record on November 11th with a low temperature of 73F and an afternoon high of 87F.

December is the second coolest month of the year on average in Columbia. High temperatures average in the upper 50s with lows averaging in the 30s. Temperatures in the 70s occur about 5 times a month in December and have never surpassed 83 degrees. Although extreme cold is rare, temperatures have dropped into the single digits and measurable snow has fallen as recently as 2010.

December 2019 tied for the wettest on record at the Columbia Airport after receiving over 9 inches of rain. This December is trending drier and cooler, at least to start, which is not out of the norm for this time of the year.