'Thank you for the opportunity': West Columbia police chief retiring after nearly four decades of service

Chief Tyndall is particularly proud of some of the accomplishments the department has made in his 24 years of serving as police chief. 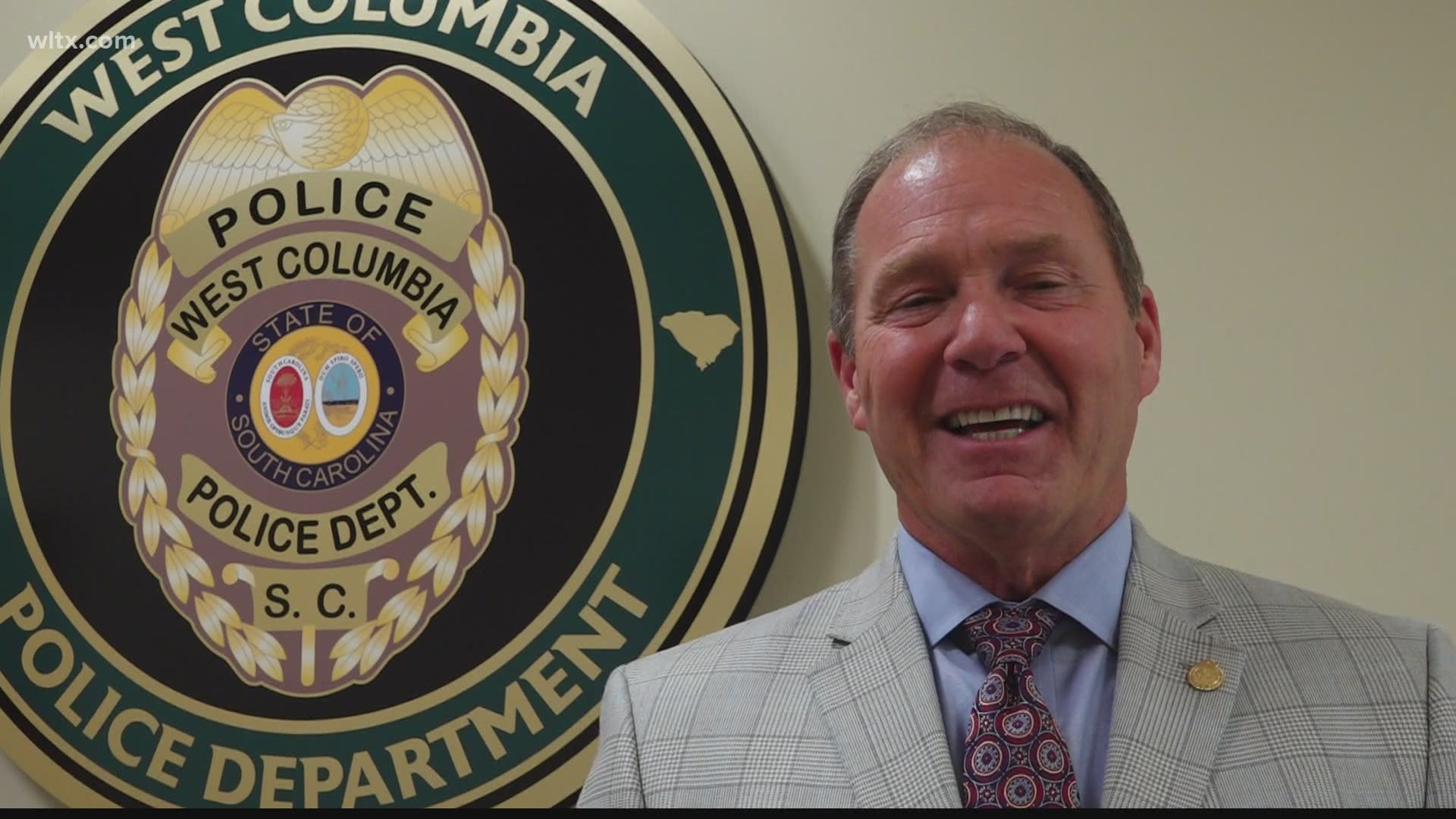 He began his career in West Columbia back in 1984.

"Back in the day, we didn't have cell phones. We didn't have computers. Only two or three people on the road at a time," said Chief Tyndall. "I think the department had 24 officers and now we have 64 officers."

Chief Tyndall says the department has come a long way with technology and growth.

"I live in this city, worked for this city for that long. I just love this city," explained Chief Tyndall. "The city has been good to me and I've been enjoying giving back to the citizens of this city because they've been supportive of the police department all through my career."

The police chief says he's been planning on retiring in November of this year. He believes it is good timing.

"There is a new assistant chief position open that I could appoint, but that wouldn't be fair to the next chief so I want to be here to assist the next chief and whatever he needs and he can select his own personnel below him," said Chief Tyndall. "I think that's only right."

Chief Tyndall is particularly proud of some of the accomplishments the department has made in his 24 years of serving as police chief.

The West Columbia Police Department believes they were the first department in the state to have language translators.

He'll be remaining with the department until they find a replacement. He's looking forward to retirement and his future with his tractor.

As Chief Tyndall gets ready to retire, he has this message for the community.

"I want to let the community know thank you for the opportunity. I've really enjoyed it. It's been a great experience for me. I hope I didn't let you down at any time. I've done pretty well to be able to outlast many chiefs," said Chief Tyndall. "The national average is like three years. So the city has been real good to me and I've tried to reciprocate and I enjoy my community and thank you."