Still Hopes wants to make it more convenient for their residents to travel in and out of their community. Some in the area are concerned about traffic issues. 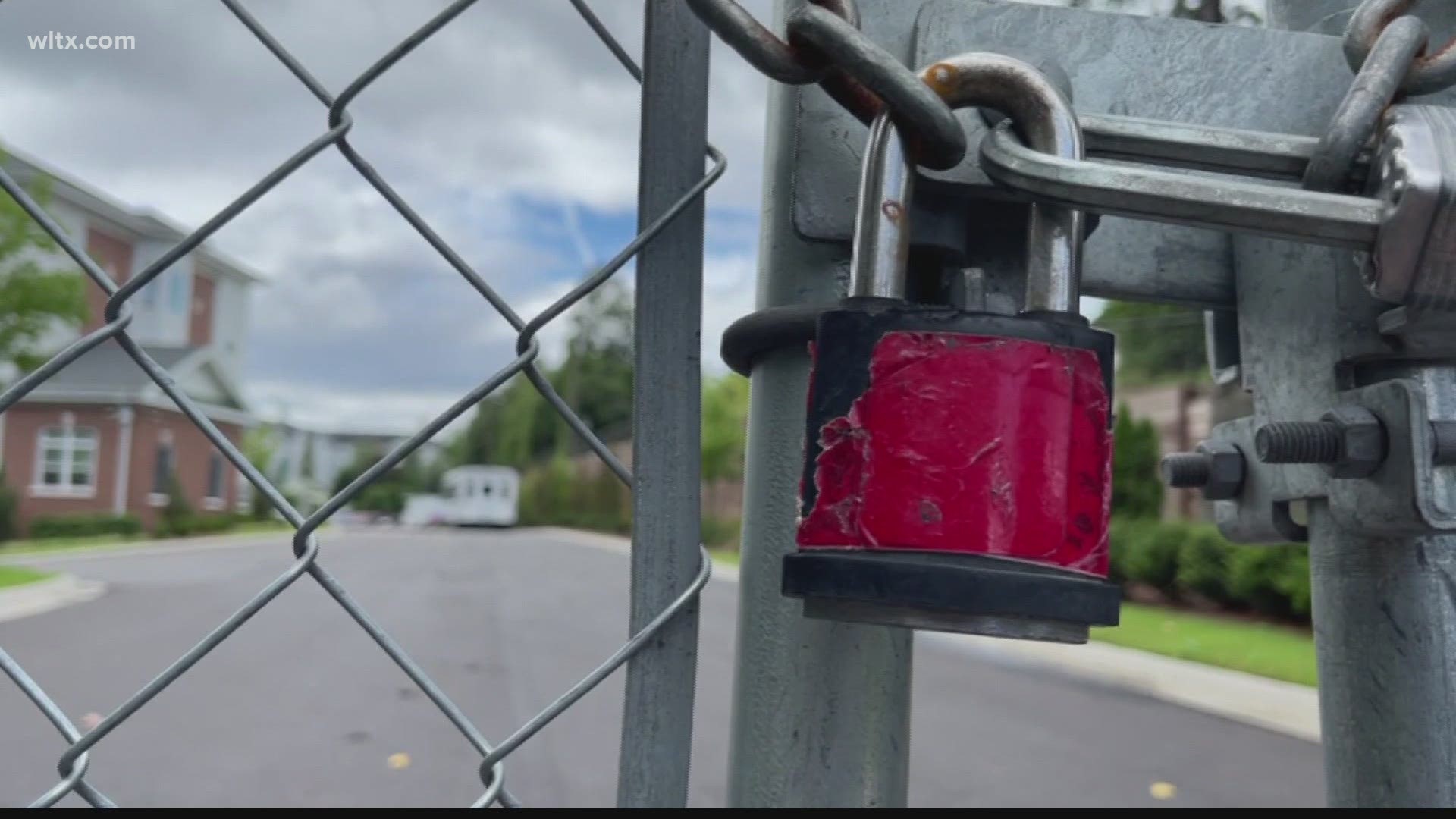 WEST COLUMBIA, S.C. — A West Columbia nonprofit retirement community has requested a private entrance to their facility be rezoned to allow one that can be used by residents, employees and visitors.

Danny Sanford is the CEO of Still Hopes, a nonprofit retirement community that's been around for about 45 years.

"This was the home of Dr. Jane Bruce Guignard, who was the first female physician in Columbia, and she gifted this property to the Episcopal Church to create a home for seniors," said Sanford.

The facility is located between Knox Abbott Drive and C Avenue in West Columbia, next to the Lexington County School District Two office.

Currently, they have two public entrances for their residents -- off 9th Street and Knox Abbott Drive. There is another entrance off C Avenue, but it can only be used by emergency vehicles.

"Since the residents have moved into that apartment building, they're saying, 'Man, it's really inconvenient to not be able to drive out there. We drive right by that exit, halfway across the campus to get out onto 9th Street and then turn right and go right back up and go right by the entrance where we were,' if that's the way they're going," explained Sanford.

RELATED: Here's why dozens of new Hispanic businesses have opened in West Columbia

The CEO is hoping they'll be able to have the entrance rezoned so residents will be able to use the C Avenue entrance, and make it more convenient for the people who live in the retirement community.

With the request being made, a public hearing has been scheduled in a couple of weeks.

Street Squad talked with members of the community to find out how they would feel if the entrance was made available for residents of the retirement community.

One person in the community who spoke with Street Squad but didn't want to be identified, said they love the avenues but they are concerned about how changing the entrance could impact the neighborhood.

"We're trying to keep our roads and our neighborhood in check right now," the community member said

One of the biggest concerns for this person is how it could impact the roadways.

"The traffic mostly, the decline of our roads. We've been dealing with construction for about five years now," explained a community member. "The road is in bad shape."

Other members of the community told News 19 they wouldn't mind the entrance off of C Avenue being public and don't believe it would make much of an impact.

Street Squad asked Sanford what he would say in response to those concerned about a traffic increase if the entrance zoning changed. He says two years ago, when they asked to have the entrance placed off C Avenue, they conducted a formal traffic study to see what the impact would be.

The CEO also explained with them having two entrances now, they don't have traffic issues with roads getting backed up.

"Going from two exits to three exits and three entrances is only going to diminish the traffic flow from the other two, but it's never been overwhelmed and it still won't be overwhelmed," Sanford said.

Sanford says the new entrance would allow people in the neighborhood to have more access to the park and walking trails. He says people in the avenues have been able to use their parks to walk their dogs, take photos and spend time in the parks.

The public hearing will be on July 20th at 6 pm in the West Columbia Court Room at City Hall.