SC Teacher Has Collection of 200 Mugs Given by Students

For the past 22 years, you could count on finding Barry Lindler in a classroom. 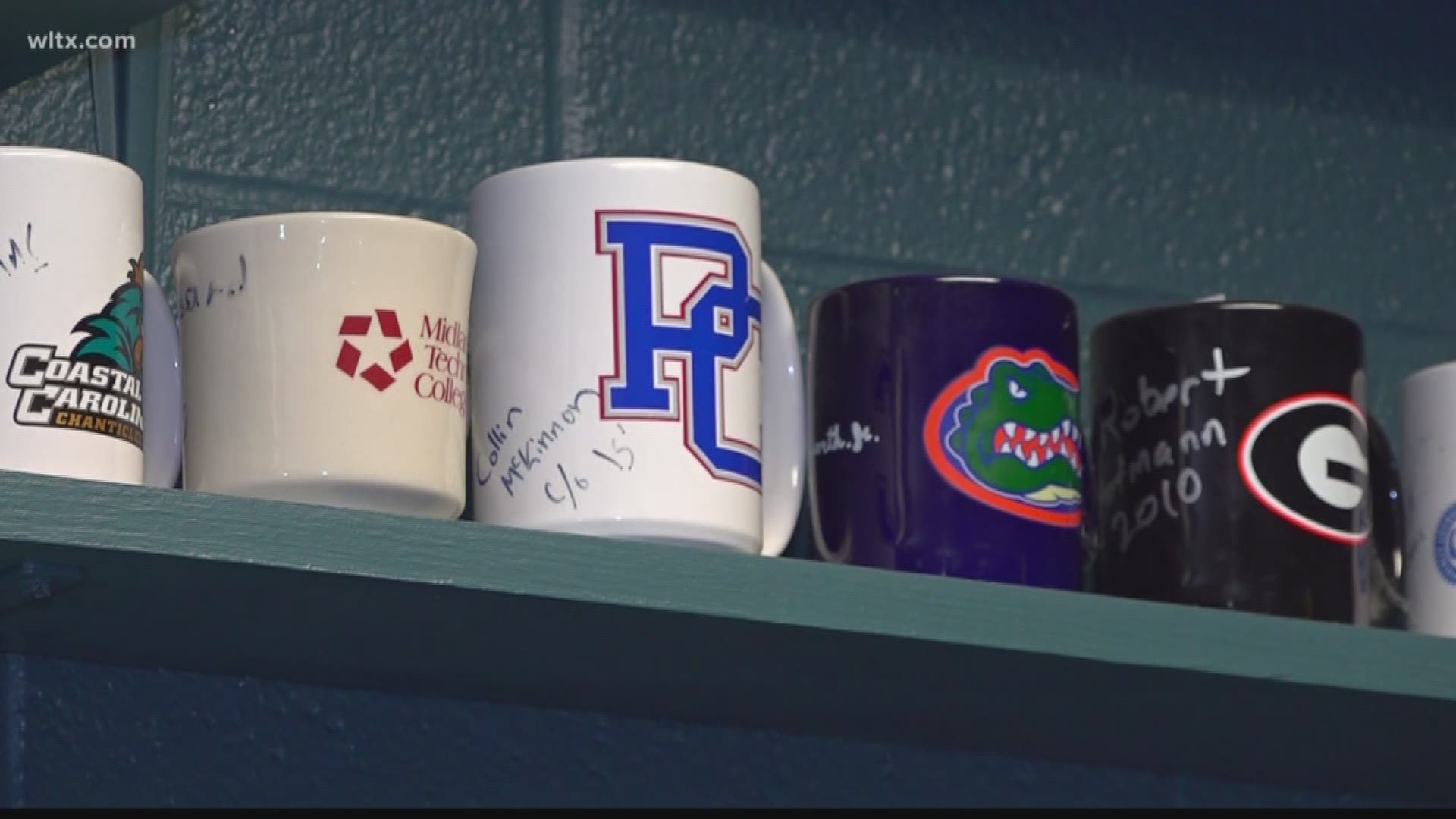 Irmo, SC (WLTX) - One Midlands teacher is gathering a collection from his former students that's proving he's making a difference in their lives.

For the past 22 years, you could count on finding Barry Lindler in a classroom.

"One of the most exciting things about teaching is that you wake up with a smile and if you take time to think about your day, you go to sleep with a smile. It reminds me every day how small we are and there’s such a bigger thing behind us," explained Lindler.

Since 1998, he's taught computer science and programming at Dutch Fork High School. Growing up in the Lexington area, he's always wanted to give back so he's spent his career in education. His teaching philosophy is quite simple.

"I want people to be good people in life,” said Lindler. “I want them to be able to measure their success by whether they've made a difference in someone's life."

Life's is about the bonds you make.

Within every mug, there's a story and a tradition. 150 in fact with names and notes from Lindler's former and current students.

Students who've had Mr. Lindler as a teacher have given him mugs with the school they’re attending for college with a special note on it.

"He really goes the extra mile to create solid relationships with his students. It allows him to see and be proud of his work,” said one of his current students, Austin Meier.

"Not only does Mr. Lindler care about what he's teaching, the student that he teaches care about it too,” explained Griffin Carter.

"There's not only history but consistency with relationships with the students and Mr. Lindler," said Jones.

"He was a big inspiration and mentor and leading me to decide on what I wanted to do,” said Lee.

"People who have been close to Lindler throughout high school have been expected to bring mugs. It's just kind of what you do and we're here to honor that tradition,” said Jackson Jordan.

As Lindler looks up at his collection of mugs, he sees the schools his students chose, the relationships he's made with each of them, and what exactly make his job worthwhile.

"You hear in the news all the time about what teachers make but it's priceless to me to think about the fact that I made a difference and I look up there and I feel like yes I did make a difference," said Lindler.

Lindler says jokingly that he'll never be able to retire because he doesn't have enough room in his own home for all the mugs.

He says at the end of the year, he'll be close to having over two hundred mugs.