Bears, bobcats, and moose, oh my! Get a glimpse of Maine wildlife with Milford man's backyard camera

Scott Hayden devised a way to get a glimpse of all the activity going on in his backyard, and the results were not only surprising, they were also quite entertaining 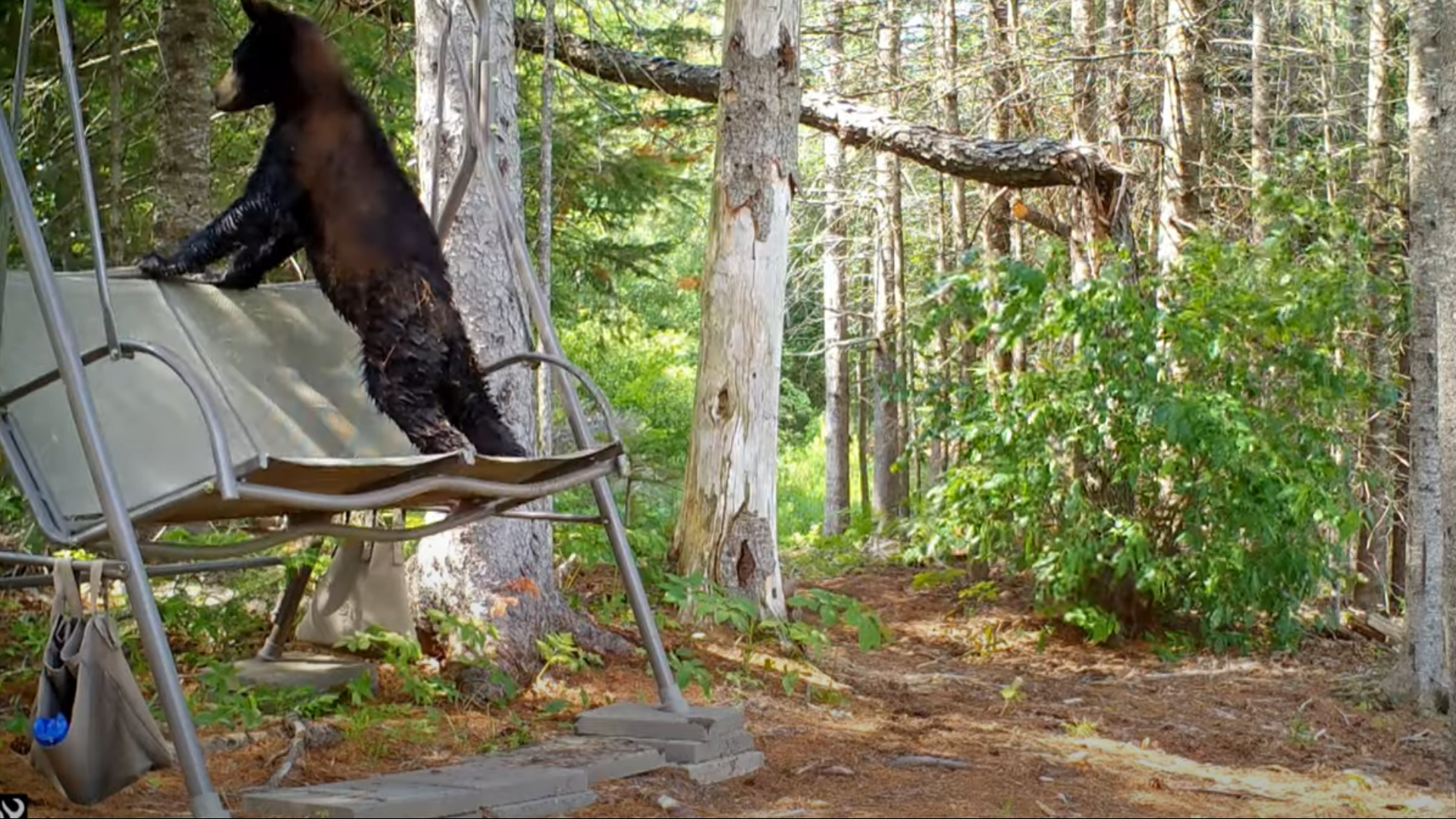 MILFORD, Maine — Scott Hayden and his wife Lori live on a 20-acre parcel in Milford, just across the Penobscot River from Old Town. Their property extends about a mile into the woods, and Scott has built tote roads through the land.

Most days, they walk these roads through their woods and often see deer. But Scott had always wondered what other wildlife might be living in what he considers his backyard. He devised a way to get a glimpse of all the activity going on in those woods, and the results were not only surprising, but they were also quite entertaining.

His idea was pretty simple: set up a few cameras to see what he might be missing.

"I’ve always loved the outdoors and mother nature," Scott said. "I had always wondered how much wildlife activity was out there in the woods and along the roads. And I thought, 'Geez, it would be neat to put some cameras out there.'"

But it wasn’t until COVID-19 hit and he had some time on his hands that he got serious about getting a glimpse of what went on in the woods. "I realized I really needed an outlet. I needed to get away from all of the bad news. And of course, the woods were my solace. So, I kind of decided, well, this is the time to do it."

"I had no idea what I was going to pick up on those cameras!" he recalled.

He started out with five cameras—all running 24/7. Now he has ten cameras. He collects the videos each week and pretty quickly discovered his woods were one very busy place.

"When we started looking at the cameras, it was just amazing! There’s bear out there, moose – then it just kept going! So it was coyotes, bobcats, we even had a fisher this winter, um, owls, porcupines, skunks, just about every animal you have here in Maine we’ve now captured on the cameras," he said with a smile.

The cameras are set up out of the way, off to the side of a trail or a field. Scott never offers food or baits the areas; he simply wants to watch the animals do what they do. And it wasn’t only the animals he was capturing. The videos from stationary cameras allowed him to capture the beauty of the changing seasons in the woods.

About a half-mile from his house, Scott had set up a swing, a place where he and his wife might sit for a bit during one of their walks. Turns out, they weren’t the only ones enjoying that swing.

"I wonder if there are any animals … you know… walking by the swing?" he recalled thinking. "So we decided, 'Oh, let’s put up a swing cam!' The bears have walked by there for quite a while, but this one young bear—it would walk past the swing several times during different times that we would capture it and his interest just started to peak on the swing. It would rub and leave its scent and then walk away, but as you can see now this last time, the bear actually decided to climb up in the swing and give it a try."

Much to his delight, these ten cameras have captured videos of all that is going on out there in Scott’s little piece of the Maine woods. But these cameras, with their quiet view of the wild world stretching out behind his house, have also captured his heart. This project has become a passion.

"It was my savior. It was a good escape from just the onslaught of news. Now even though things are getting better with respect to the pandemic, I’m gonna continue doing this because I enjoy it," he added.

Scott compiled all of his videos into a YouTube channel called Maine Wildlife Trail Videos where he posts a new video each week. Follow along! you can click here to watch all the videos.