Five people were sent to the hospital after two boats crashed on Lake Murray Friday night. 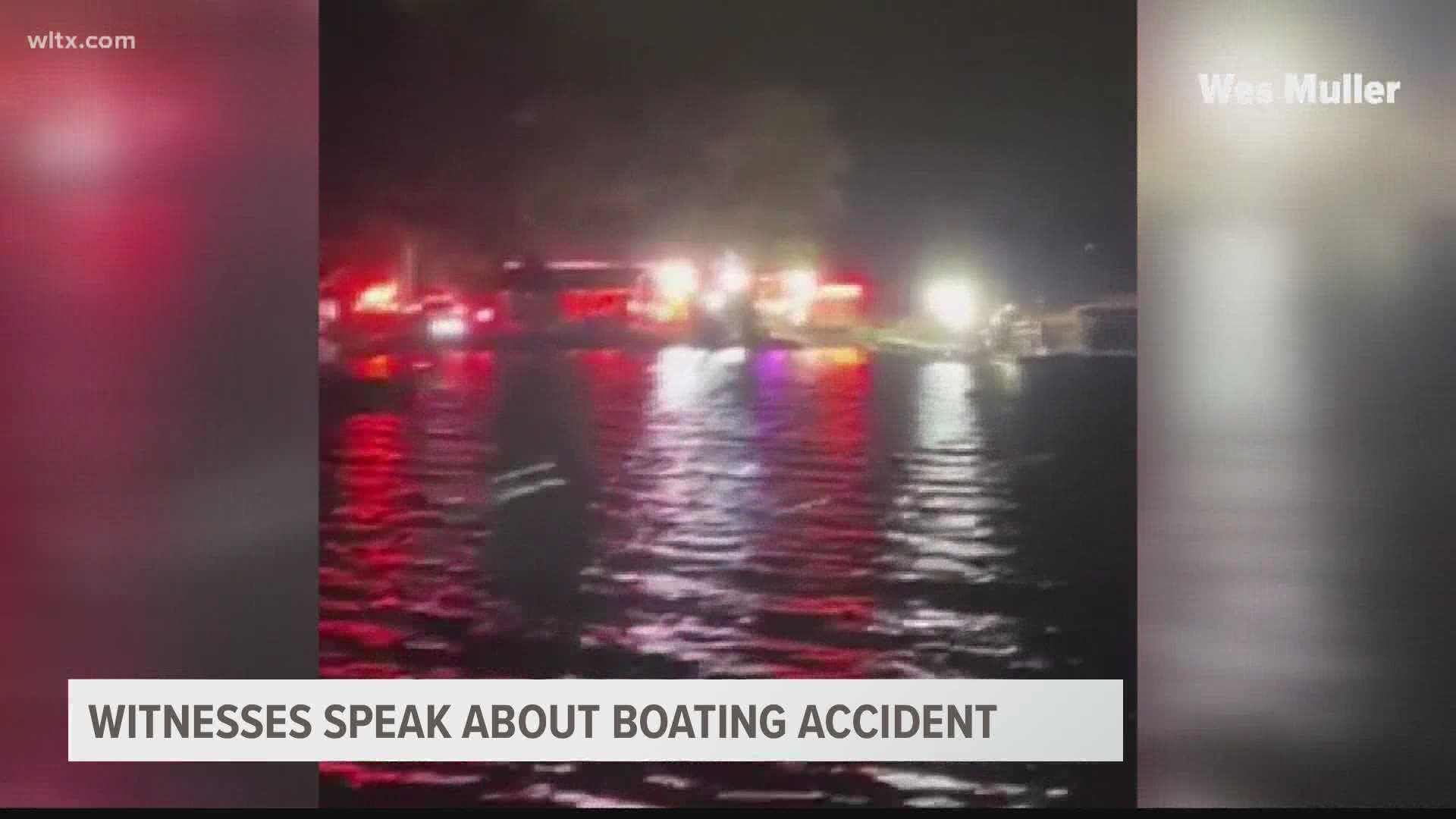 LAKE MURRAY OF RICHLAND, S.C. — Witnesses who were at a marina moments after two boats crashed on Lake Murray Friday night, talk about the incident, which for them is just too familiar.

The crash on Friday happened around 10:30 p.m. on the lake near Suzy Ebert Island.  Five people were sent to the hospital and one of the two boats sank.

Haydn Johnson was at Lake Murray Friday evening when her husband heard the boat crash, “so we went down to the dock and saw probably like two or three police boats with their blue lights out there come out to the crash scene and then a few minutes later one came speeding off to the left towards the Coast Guard station/ Rusty Anchor area and so a few minutes later another one went speeding off so we were like ‘oh my gosh somebody’s really injured.’”

For Johnson, this scene was all too familiar.

Her cousin is Morgan Kiser  is the woman who was injured in a 2019 boating crash along with her mother Shawn who lost her leg and her dad Stan who lost his life.

Johnson says she thought, “oh my God this is happening to another family and we know how awful that is.”

“There are officers on all bodies of water this weekend," says officer Treye Byars with South Carolina's Department of Natural Resources. (SCDNR)

SCDNR is still investigating this wreck.

SCDNR says because of the holiday weekend, officers were on the lake and able to respond quickly.

The department has been conducting courtesy boat inspections all weekend to ensure that if something like a wreck happens, boaters are prepared with the proper safety equipment.

Byars says, “One of the most important things is the life jacket, the life jacket for each person and the size that fits them. That helps prevent drownings. That’s what we’re here for, we don’t ever want to have to look for somebody that drowned.”

Luckily in the boating accident Friday, no one was killed.

Wes shared his thoughts: “if you’re going to go out at nighttime you’ve got to make sure you’re well-equipped, you're safe, and people know where you’re at. You’ve just got to be as safe as you can be.”

This wreck is still under investigation by SCDNR and we will continue to update the story with details as they are made available.