Swanton native Marion Lehman served in the Coast Guard on the USS Lorain during the war. 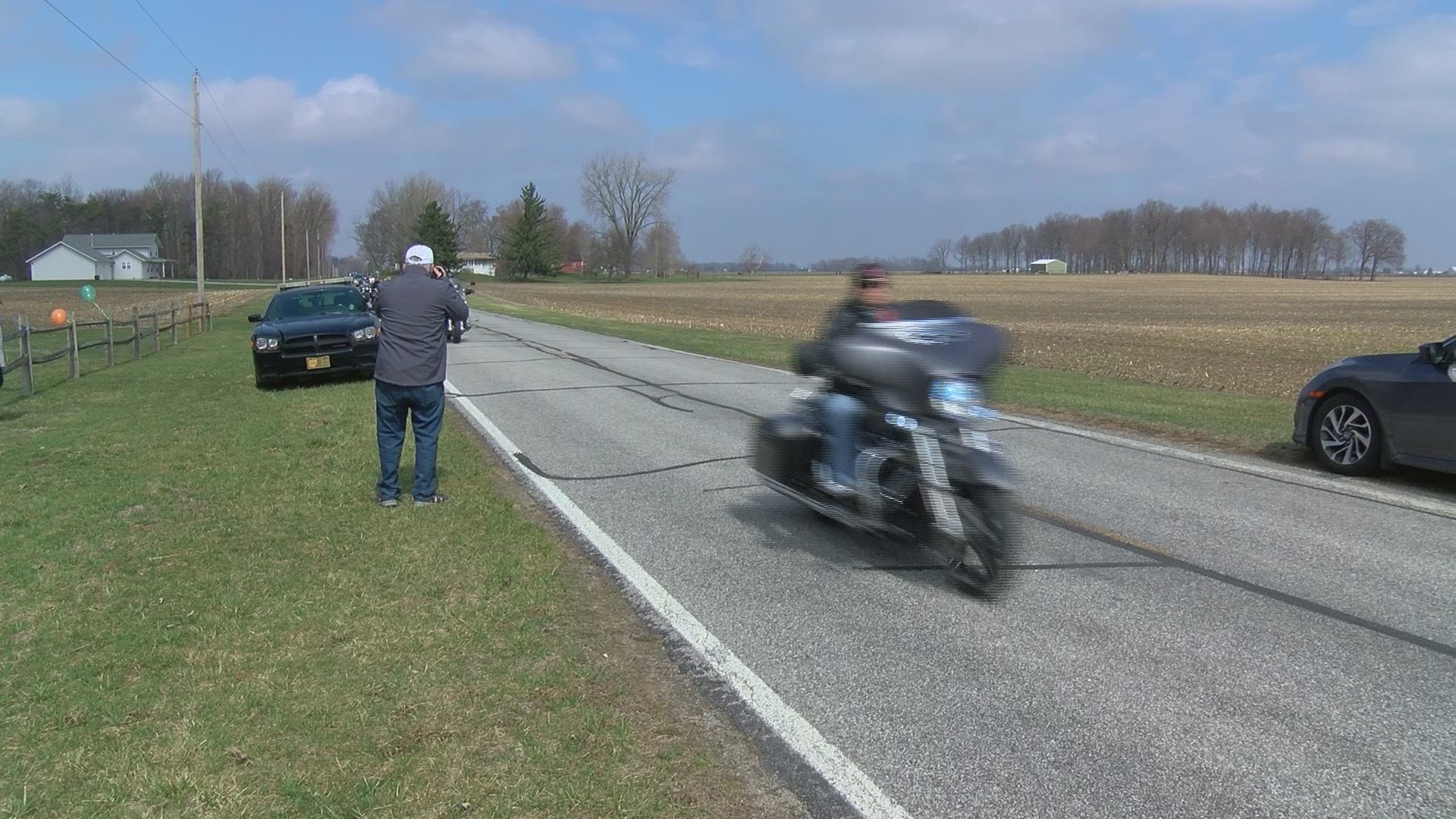 SWANTON, Ohio — Reaching 100 years old is no easy feat and should be celebrated by your closest family and friends. When you’re a World War II veteran however, you get a little extra special treatment.

Members of the American Legion Post 479 and others rode their motorcycles to Lehman’s home for a reading of a proclamation in his honor.

“We were kind of back-and-forth on what we wanted to do. We started out, we were just going to have everyone send him a birthday card and then we got to thinking, ‘hell, if it’s nice why don’t we just ride out and get a bunch of people and wish him a happy birthday’,” said Ron Wilson, Director of Post 479.

He was born on March 27, 1921 in Swanton, and graduated from Fulton Centralized School before joining the USCG in 1943 where he was stationed on the USS Lorain.

After the war, Mr. Lehman worked for Willys-Overland (Jeep), married Evelyn Clifton and raised a family.

Lehman was clearly surprised and happy for the recognition.

“Oh yes, he really appreciates this and you can tell just the way his reaction, facial expressions he’s really appreciative,“ said Lehman’s son Allan, who had reached out to the American Legion to tell them about his birthday.

The American Legion was happy to help.

“This is why we do what we do right here. This is why we have the legion, to honor this gentleman and these veterans that have reached a milestone year, and so we are very very honored to help make this day a little special for him,“ said Wilson.