Richland County Sheriff Leon Lott gave an update on the arrests that involved two separate killings in the area, including the shooting death of a 1-year-old boy. 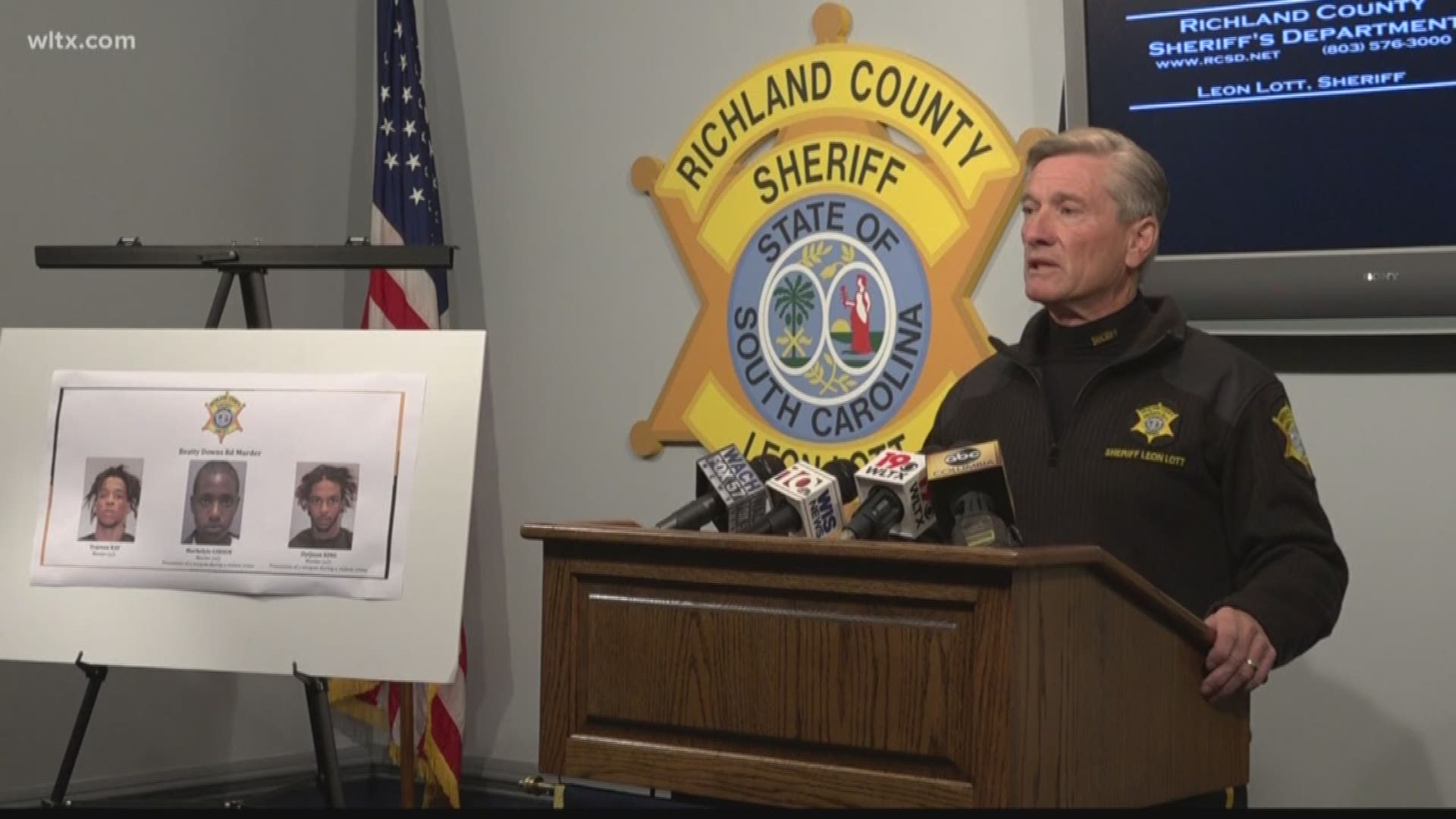 Columbia, SC (WLTX) - Richland County Sheriff Leon Lott says five suspects are in custody in connection with the killing of four people, a series of slaying he says were all the result of violent, young people associated with drugs.

Richland County Sheriff Leon Lott gave an update Tuesday on the arrests that involved two separate killings in the area, including the shooting death of a 1-year-old boy.

"It's what's going on in our community, with young people with guns who have a total disregard for human life," Lott said. I'm disgusted. I don't know if there's words to describe just the viciousness of these crimes."

Back in late September, 1-year-old Tyren Williams and his father, 23-year-old James Antheny McDowell. were shot and killed at a home on Beatty Downs Road. The father was found dead outside, while the little boy was the house.

Traevon Ray, Markelyis Gibson, and DyQuan King have all been charged with murder in the death of the boy and the father.

The sheriff says the home was targeted by the suspects, and in the process, an innocent toddler was killed.

"I don't know what to say," Lott remarked. "There's not much you can say when you have a crime like this when you have someone as young as this young infant, who's just shy of his second birthday who's just murdered. How someone could just do that?"

King, it turns out, is also charged with murder in the killing of 58-year-old Ronald Bonnette, who was shot a few days before the Beatty Downs Road killing. Lott says Bonnette was an innocent bystander taking out his trash when he was caught in crossfire between gang members. Two other suspects have also been charged with killing Bonnette.

In an unrelated case in early November, a woman and a man were found dead in a home on Whispering Pines Road, in a crime not involving the other suspects. The coroner says Jasmine Richardson, 24, was beaten to death, while the second victim, 25-year-old Brennan M. Montgomery died from gunshot wounds to the upper body.

A third victim was shot that night and crawled to a nearby house. When the suspects realized he was still alive, they then beat him severely. Surveillance video at the other house captured the assault, and that's how investigators were able to connect the suspects arrested in the case. Those men have been identified as Choatte Neal III, and Micah Brown.

The sheriff said the victims and suspects knew each other. Lott said in the Whispering Crimes and Beatty Downs cases, it was all over the sale of drugs.

"You've got four people who are dead over marijuana," Lott said. "Young people with guns who do not care whatsoever. That's what we've got in our community. As a community we have got to do something about this. We've got to work together. We've got to stop this. Parents have got to be parents. They have to teach their kids at a young age as a community we need to be involved."