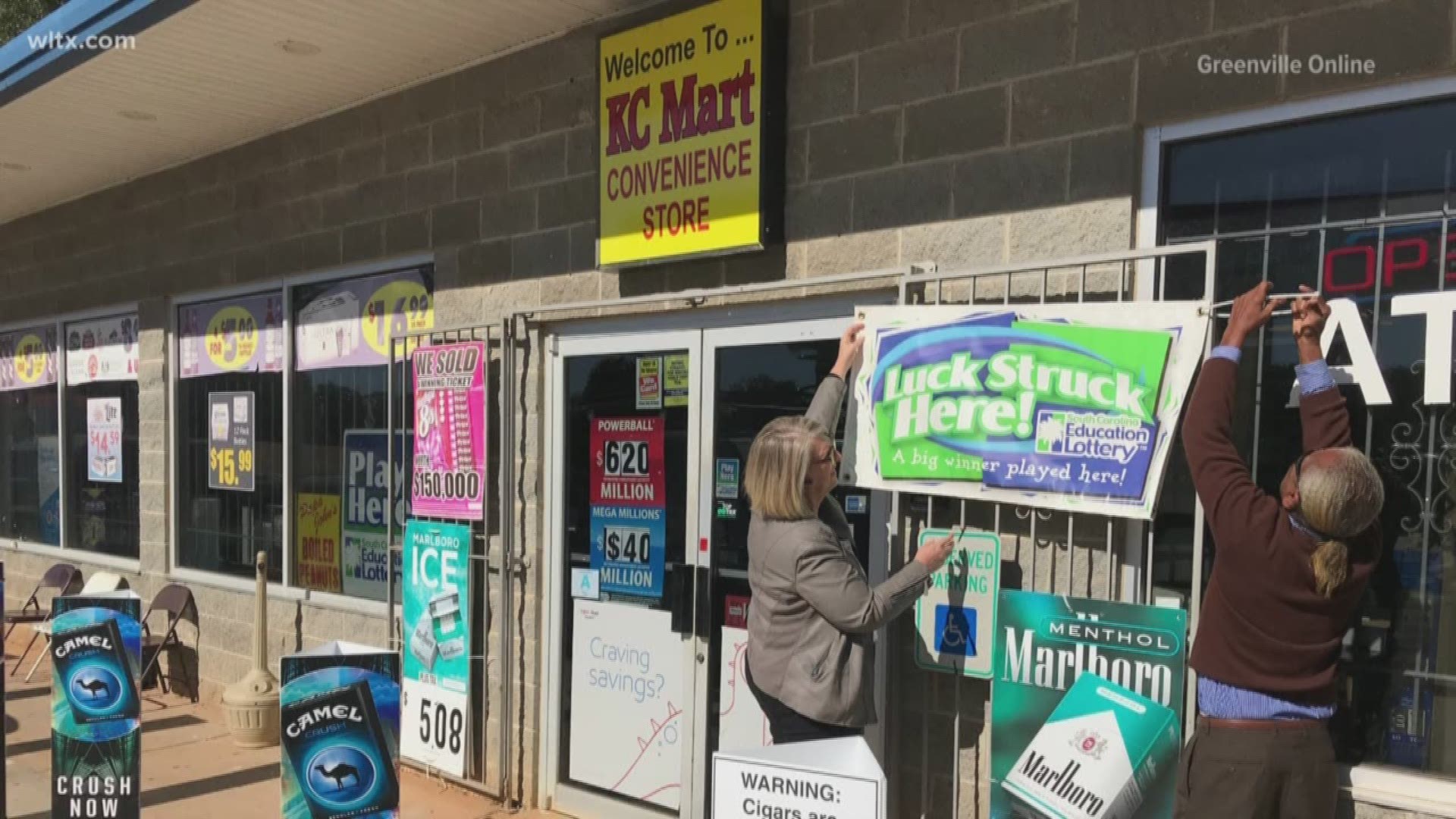 The winner should sign the back of the ticket, put it in a safe location, seek financial or legal advice from a trusted source, and call the Lottery. The winner has 180 days to come forward to claim the ticket.

Mega Millions officials said the jackpot for Tuesday night's drawing was $1.537 billion, just short of the record for all lotteries.

The jackpot was initially listed as $1.6 billion, what would've been the highest lottery ever. But Mega Millions officials said Wednesday the jackpot was several million dollars less. It was unclear what caused the discrepancy.

The biggest jackpot in U.S. history was the $1.586 billion Powerball prize in January 2016.

“The moment we’ve been waiting for finally arrived, and we couldn’t be more excited,” read a statement from Gordon Medenica, Lead Director of the Mega Millions Group. “This is truly a historic occasion. We’re so happy for the winner, and we know the South Carolina Education Lottery can’t wait to meet the lucky ticket holder.”

While lottery officials will meet the winner -- or winners if the ticket was bought as part of a pool -- the general public may never know the identity. South Carolina allows lottery winners to remain anonymous.

Most winners opt for the cash reward, which, in this case, was $878 million, lottery officials said. That number is likely to fall even more as other taxes come into play.

The jackpot has been growing since July, when a group of California office workers won $543 million.

The updated jackpot for Friday's drawing -- which could have reached $2 billion had there been no winner -- was announced at $40 million.

Thirty-six people won $1 million, with two winning $3 million because they opted to get the Megaplier, which was 3x.

It costs $2 to play the game, but the odds of matching all six numbers and taking home the grand prize is a dismal 1 in 302.5 million.

Mega Millions is played in 44 states as well as Washington, D.C., and the U.S. Virgin Islands.