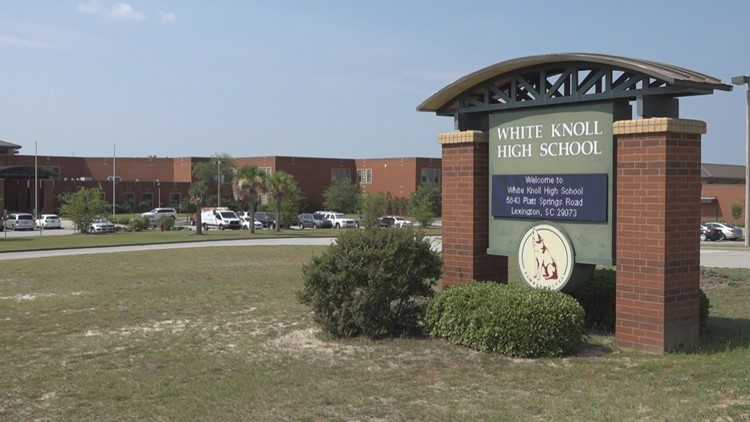 LEXINGTON COUNTY, S.C. — A Lexington man has been arrested after police say he brought a firearm on to the campus of a Lexington high school.

James Edward Folk, 18, was arrested for bringing a firearm on school property, according to the Lexington County Sheriff's Office.

Deputies say Folk and an acquaintance were seen driving on to White Knoll High School grounds after being observed in possession of a shotgun at a nearby business.

Detectives determined during their investigation that an eyewitness saw Folk with a weapon at a business near White Knoll High School before witnessing him immediately drive on to school property.

“Investigators were able to use Snapchat video and school security camera footage to identify these suspects,” Lexington County Sheriff Jay Koon said. “Shortly after noon on August 27, Folk was seen picking up a student from White Knoll High; the student was not permitted to leave campus.”

“Earlier in the day, Folk’s acquaintance also posted a photo and video of him and his friends holding firearms in his vehicle,” Koon said.

Deputies later tracked down Folk with the help of witnesses, according to Koon.

Folk is being held at the Lexington County Detention Center and is awaiting bond court. Meanwhile, deputies say the case remains under investigation.

An additional suspect has been charged, whose name will not be stated because he is 17 or younger. The minor has been released to the custody of his parents.