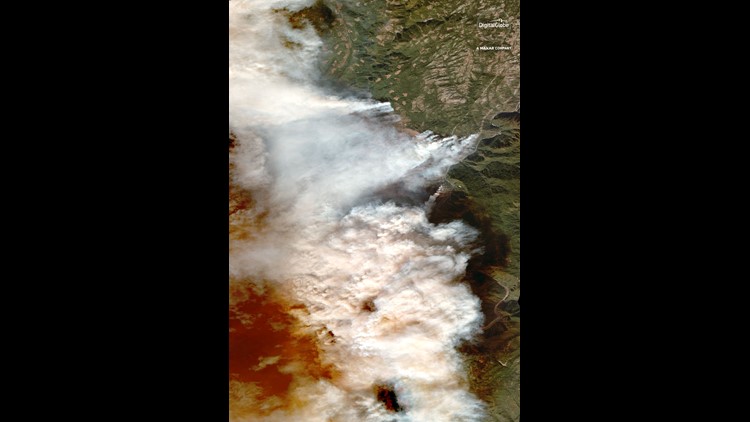 Photo by: Digitalglobe
Overview of the Camp Fire in Paradise, Calif., on Friday.

Before and after images show damage from California fires

The Camp Fire, which wiped out the town of Paradise, Calif., in Butte County, 80 miles north of Sacramento, has consumed 156 square miles and was only 20 percent contained on Saturday afternoon. The images show just shells of homes and businesses in the town of nearly 30,000.

Officials say more than 3,000 firefighters are battling the blaze, which is California’s most destructive wildfire since record-keeping began.