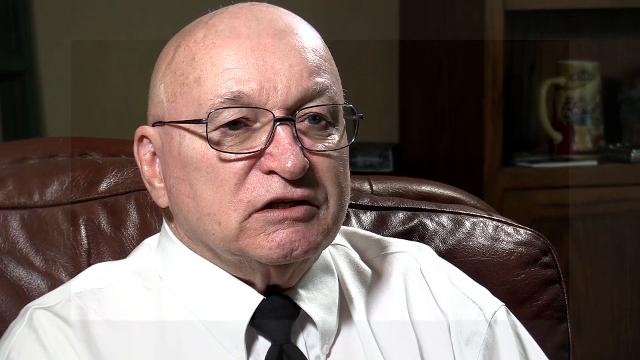 Credit: Tom Tingle/The Republic
Bob McGuire visits his wife, Linda, in her room at Atlantis II Adult Care Home in Goodyear on Feb. 6, 2018. McGuire is fighting the legal costs he's had to pay as he tries to tap his wife's IRA to help pay for medical costs after she was diagnosed with dementia.

PHOENIX — All Bob McGuire wanted was to cash out his wife's modest retirement account and use the money to pay the mounting bills that have accompanied her dementia diagnosis.

After nearly a year, the 75-year-old Surprise resident and Navy veteran has racked up $6,000 in legal bills and court fees to access the $25,000 individual retirement account.

And his ordeal — navigating probate in Maricopa County Superior Court to obtain guardianship and conservatorship of his wife, Linda — isn't over: McGuire is contesting roughly another $2,000 in legal fees from a court-appointed attorney, designated by a court commissioner to represent and protect the interests of his wife.

When it's all settled, the family could end up losing one-fourth of his wife's IRA to legal fees and bills, McGuire said.

More: 3 unexpected retirement costs that can shake up your finances

Probate court is designed to preserve the "respect and dignity of vulnerable adults and to assure their proper care and protection of assets," said Bryan Bouchard, a court spokesman.

But Bouchard said Maricopa County's court system does everything possible to keep fees to a minimum. And in cases where one party questions the fees being charged by a court-appointed lawyer, the court will hold a hearing to determine whether the fees are "appropriate to the task and cost effective," he said.

McGuire is currently appealing the court fees he has been charged.

Rick Kilfoy, who was appointed to represent Linda McGuire and check on her well being, said a person who is incapacitated must have legal representation and the same lawyer who represented Bob McGuire could not represent his wife. Kilfoy declined to discuss the case further.

Credit: Tom Tingle/The Republic
Bob McGuire has had to spend more than $6,000 to get access to his wife’s $25,000 IRA in order to pay her medical bills. His wife, Linda, has dementia and lives in an adult care home in Goodyear.

Probate cases on the rise

The term "probate" refers to the establishment or validity of a will, but probate court in Maricopa County handles guardianship and conservatorship cases as well as formal and informal disputes over wills and adult adoption.

There are about 22,000 probate cases in Maricopa County, and that number has steadily increased by between 6% and 7% annually over the past few years, according to court officials.

Curtis Chipman, an attorney at Udall Shumway in Mesa, said people can avoid the challenges and expenses of probate court by doing estate planning or by obtaining a durable power of attorney when all those involved have their mental capacities.

Chipman has handled estate planning for 20 years. He does not represent McGuire.

He said if the McGuires had previously obtained a durable general power of attorney, then the husband would have access to his wife’s assets solely listed in her name, including her IRA.

Chipman said his office typically charges between $200 and $300 to draft durable general power of attorney documents. He said he also advises clients to create a trust for their assets as a way to avoid probate court.

Under Arizona law, anyone who dies with assets in excess of $100,000 for land or more than $75,000 in personal property will likely end up in probate court if their assets are not held in a trust and are not otherwise subject to a non-probate transfer on death designation.

The state Attorney General's Office and the state Supreme Court also offer guidance on probate issues on their websites.

Credit: Tom Tingle/The Republic
Bob McGuire visits his wife, Linda, at an adult care home in Goodyear on Feb. 6, 2018. Since her dementia diagnosis, her medical costs have increased.

Couple never thought it was needed

The McGuires moved to Surprise a few years ago from San Diego, where Bob had retired after a career in the Navy.

During their 50 years of marriage, Linda had tucked away a small nest egg while working for a greeting-card company.

Bob said the couple never considered creating a trust or obtaining a power of attorney. He said he thought only "rich people" do such things and that his wife, five years his junior, would outlive him.

The health problems began about a year ago, Bob said, when his wife started losing her faculties. She couldn't communicate and wasn't eating properly, he said.

Around that time, Bob placed Linda in an adult group home and sought to access her IRA to help with the costs.

Because Linda lacked the mental capacity to sign the paperwork, Bob needed more than a power of attorney. He pursued a guardianship and conservatorship for his wife, which he found cost thousands of dollars.

'No one should have to go through this'

The adult care home where Linda lives is about 3 miles from Bob's home, allowing him to see her regularly.

On a recent visit, Linda was having lunch with a few women when Bob walked through the door. He waved at her.

She excitedly waved back and got up to give Bob a hug.

But when he asked if she knew who he was, she shook her head and said, "No."

The two held hands as they walked down a hallway to her room, where they chatted for a bit.

Soon it was time for Bob to leave for a probate court hearing.

Bob said it's difficult to see his wife in this situation but he's more frustrated with the court experience.

"At the most, I can see paying $500. What you are doing is telling a judge that my wife is sick, she has dementia and had an IRA that we can't get access to without the courts," he said. "Older people need help on Arizona probate laws. ... No one should have to go through this." 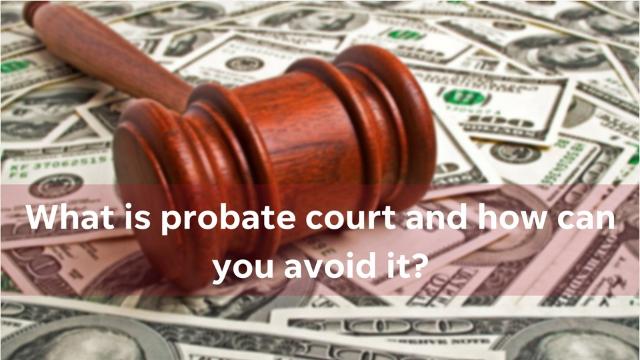 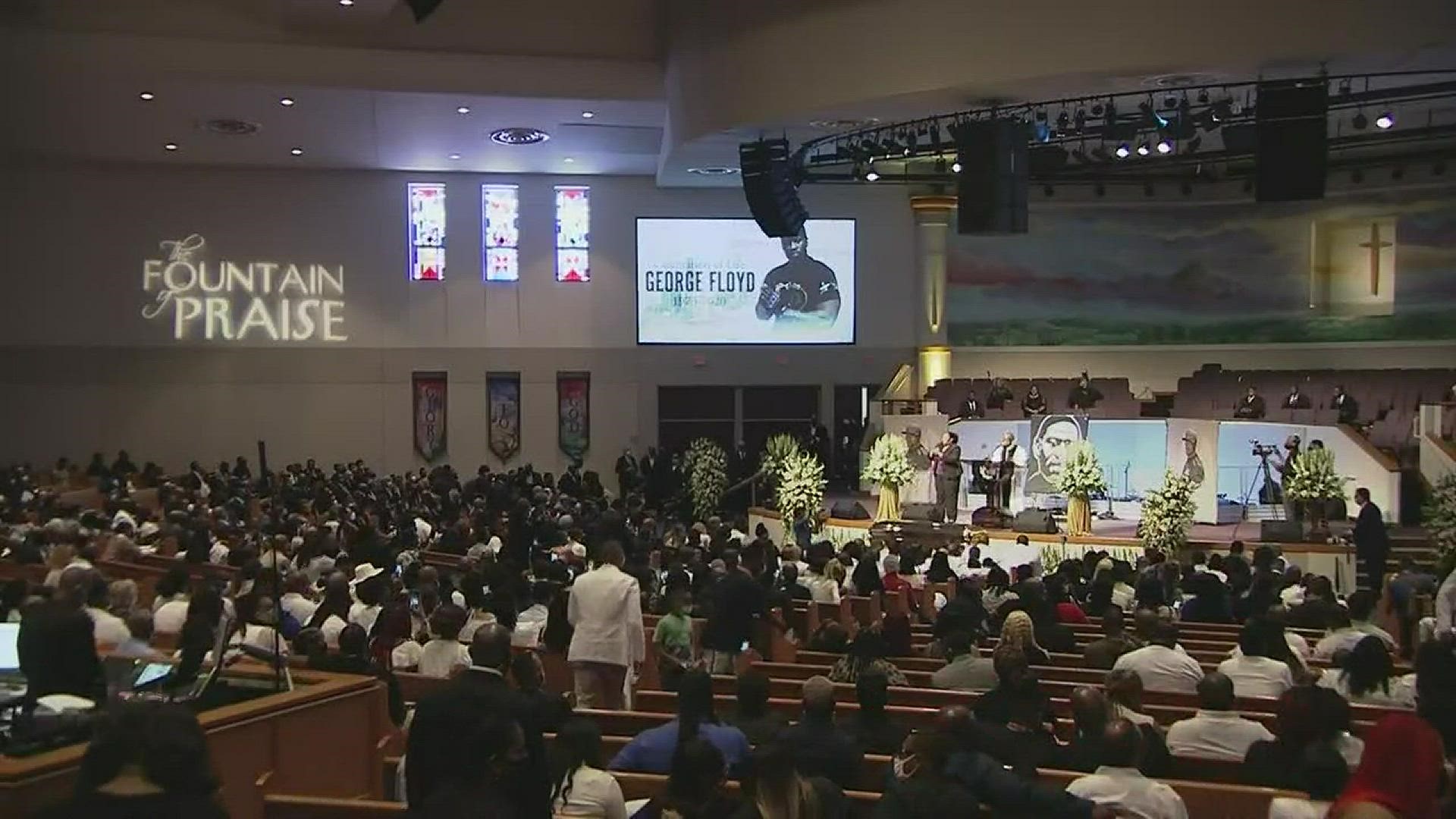