Scientists make it clear: This is primarily due to man-made climate change, not natural phenomena. 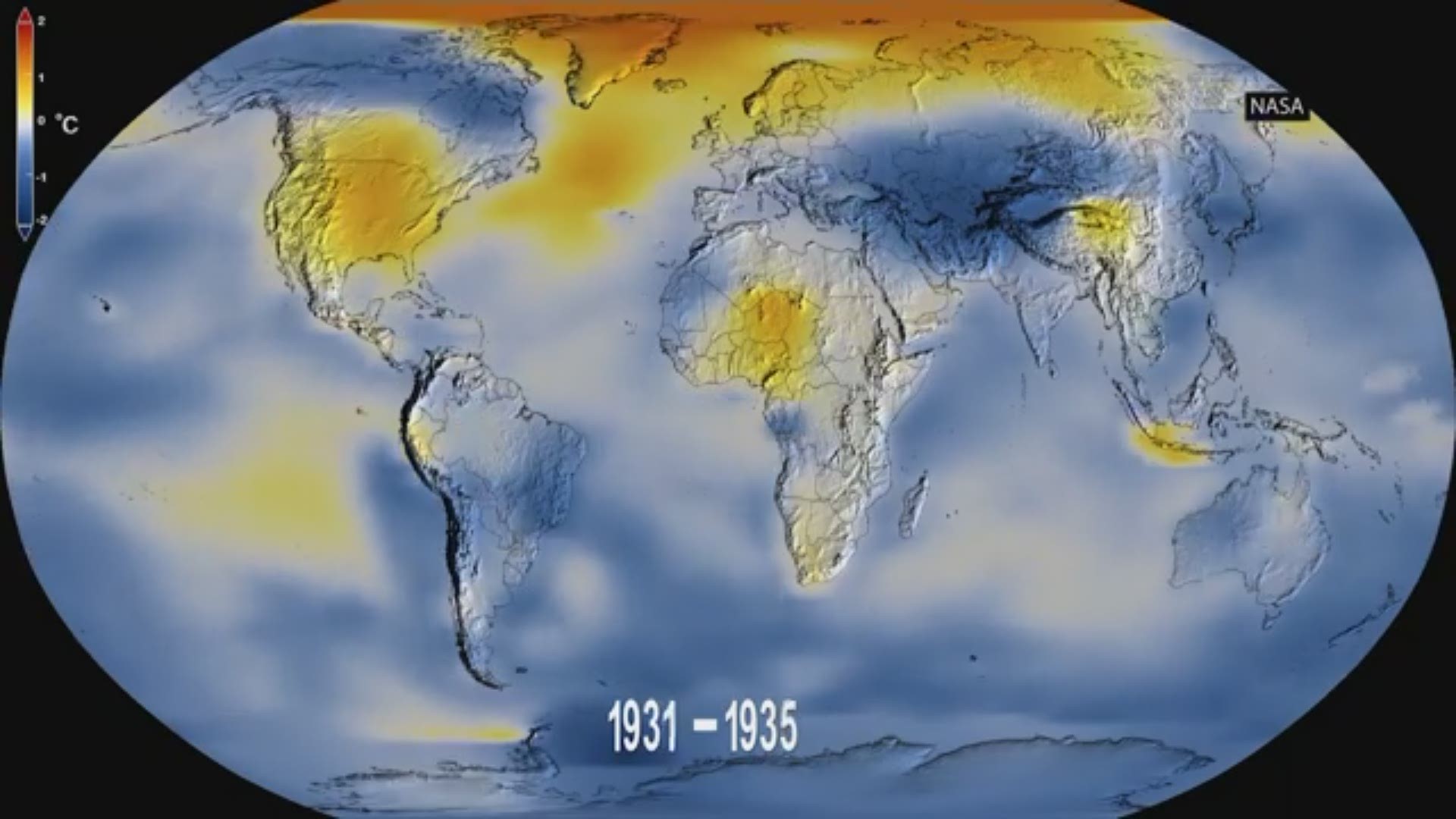 NASA and the National Oceanic and Atmospheric Administration said Wednesday that the decade which just ended was, by far, the hottest ever measured on Earth. It was capped off by 2019, which was the second-warmest year on record.

Scientists say there is no doubt: This is due primarily to man-made climate change and they don't see an end in sight. NASA says it looked at climate models and statistical analysis of global temperature data to determine that the increase is mostly driven by increased carbon dioxide (CO2) emissions and other greenhouse gases produced by human activity.

And if you want to see a real-time example of what this means for the planet, scientists say look no further than the wildfires devastating Australia right now, which they say are being made worse because of climate change.

“If you think you’ve heard this story before, you haven’t seen anything yet,” Gavin Schmidt, director of NASA’s Goddard Institute for Space Studies, according to the Associated Press.

NOAA said the 2010s averaged 58.4 degrees Fahrenheit worldwide. That's 1.4 degrees higher than the 20th Century average and more than one-third of a degree warmer than the previous decade, which held the old record.

Of the ten hottest years on record, eight happened in the past decade. The other two were 1998 and 2005.

NASA says that 2019 was second only to 2016 for global temperature.

Scientists say to expect the next decade to wipe these records off the books.

“This is going to be part of what we see every year until we stabilize greenhouse gases” from the burning of coal, oil and gas," Schmidt said, according to AP.

The scientists have debunked the idea that the rise in temperatures is simply the result of natural phenomena, such as more heat from the sun or random climate variations.

"(They) are all much too small to explain the long-term trend,” Princeton University climate scientist Michael Oppenheimer said, according to AP.

NOAA added that sea ice in the Arctic and Antarctic are at their second-lowest levels in 40 years of monitoring, according to AP.

The Earth is also approaching a key milestone. Schmidt reportedly says the planet is 2.2 degrees Fahrenheit hotter than it was at the start of the industrial revolution. World leaders who signed the 2015 Paris Climate Agreement set a 2.7 degrees Fahrenheit goal to cap global temperature rise in an effort to avoid irreversible effects of climate change.

President Donald Trump, who has called climate change a hoax, plans to pull the U.S. out of the climate accord the day after the 2020 election.

There are more signs that the world, including those in business and industry, are taking notice. The CEO of BlackRock, the world's largest asset manager, announced this week that his company will make climate change central to its investment decisions going forward.

Also, the World Economic Forum meets next week in Davos, Switzerland. A survey carried out for the forum identifies environmental issues as the top five global risks over the coming decade.

The Associated Press' Pan Pylas and Stan Choe contributed to this report.