Attorney Michael Avenatti detailed what he claims has been a years-long effort by R. Kelly to keep accusations of sexual abuse from becoming public. 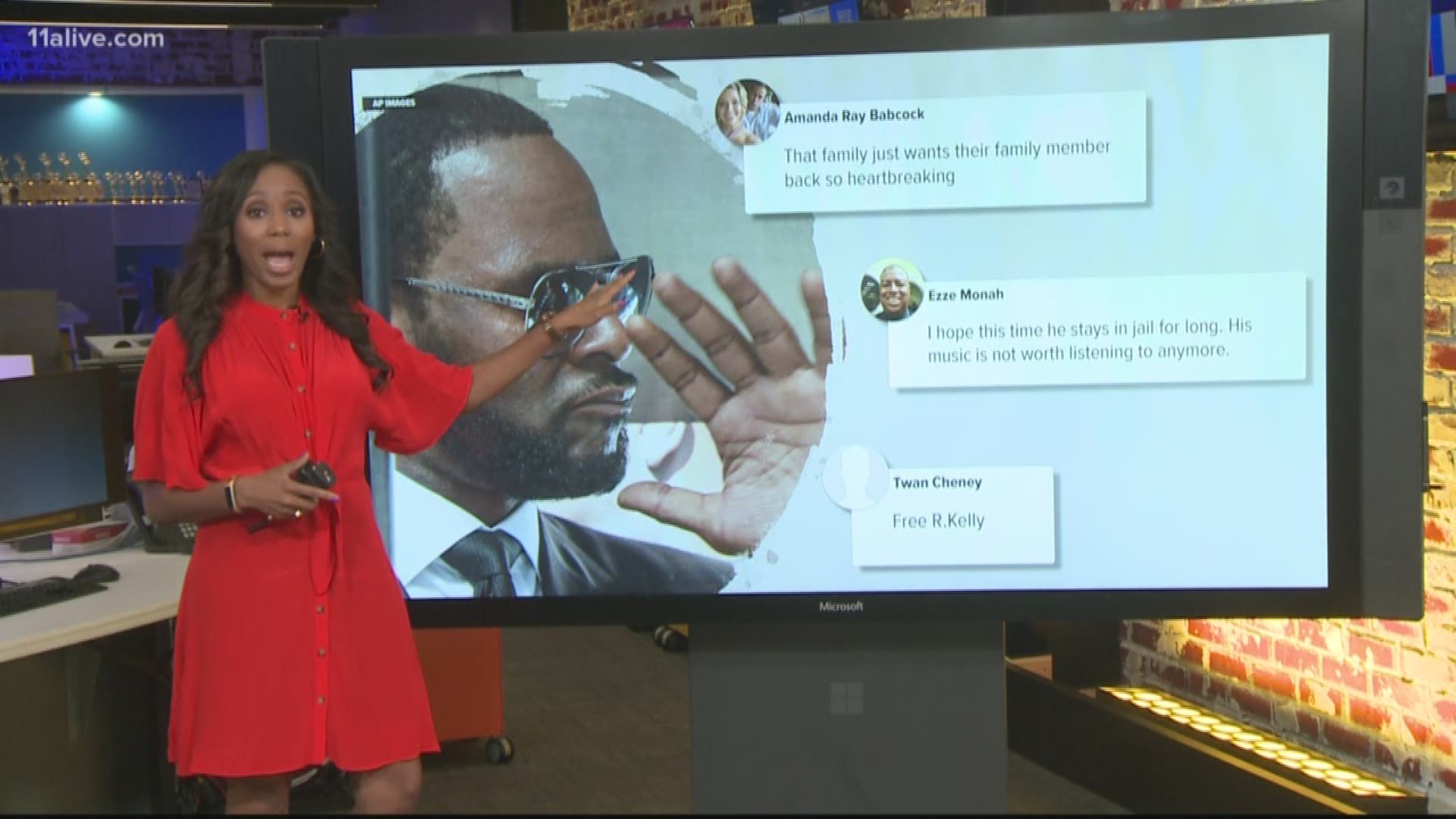 CHICAGO — Celebrity attorney Michael Avenatti said Monday that R&B singer R. Kelly paid $2 million to keep the alleged victim in a child pornography case off the witness stand during a 2008 trial that ended with his acquittal of all charges.

"R. Kelly bought his acquittal," Avenatti said at a news conference in which he provided details of what he said has been a years-long effort by Kelly to prevent his sexual abuse of several underage girls from becoming public. He said Kelly paid at least one associate $100,000 to hunt down videos of him having sex with a minor that had gone missing.

Avenatti said he represents three alleged victims, three parents of victims and three associates of Kelly that he called 'whistleblowers."

Avenatti faces his own mounting legal problems. The one-time lawyer for Stormy Daniels — the woman who says President Donald Trump tried to pay her off after she had a sexual encounter with him before he became president — has been charged both in California and New York with stealing money from clients and attempting to extort money from sportswear maker Nike.

Avenatti's comments come just days after federal prosecutors announced they'd indicted Kelly in New York and Chicago on charges that he and his entourage recruited girls and young women to engage in illegal sexual activity and covered it up by paying and threatening witnesses and victims. The 52-year-old Kelly was arrested and remains in federal custody. He is scheduled to appear in court Tuesday for a bond hearing, during which prosecutors are expected to argue that he should remain locked up because he is both dangerous and a flight risk. His attorney has denied the allegations.

Much of what Avenatti said Monday had already been outlined in the indictments in more general terms.

Avenatti said two associates of Kelly turned tapes of the singer having sex with minors over to him, and that he turned them over to Cook County State's Attorney Kim Foxx's office earlier this year. He said Foxx's office turned those tapes over to federal prosecutors. A spokesman for the U.S. Attorney's office in Chicago declined comment.

Avenatti's own legal problems raised questions about whether he is trying to help himself by aiding prosecutors in the Kelly case.

RELATED: Avenatti pleads not guilty to all charges of stealing, cheating and lying

"He has a potential conflict of interest and the issue is not whether or not he gets a better deal (for himself) but whether he could get a better deal," said David Erickson, a former state appellate judge who teaches at Chicago Kent College of Law. "If I'm the judge I would explain to his clients the ramifications of how he might benefit at their expense and if they say 'I don't care,' then OK. And If I'm the prosecutor I would want to make sure the judge did that because I don't want the case to come back because he's got a conflict."

At the same time, Peter Henning, a former federal prosecutor who teaches law at Wayne State University, said there's nothing wrong with prosecutors in the Kelly case using whatever information Avenatti can provide them. "As long as you can verify the information provided, as a prosecutor I will take it from whoever it comes from."

Henning also said people who come forward with information do so for a reason. "It is designed to give them leverage in their case," he said. "Just coming forward out of the goodness of their heart, that doesn't happen."

But Avenatti said there's no connection between the two cases.

"There is no conflict. This is my job, I'm doing my job," he said, adding that he has daughters. "Whatever happens to me in connection with my own legal issues, so be it."