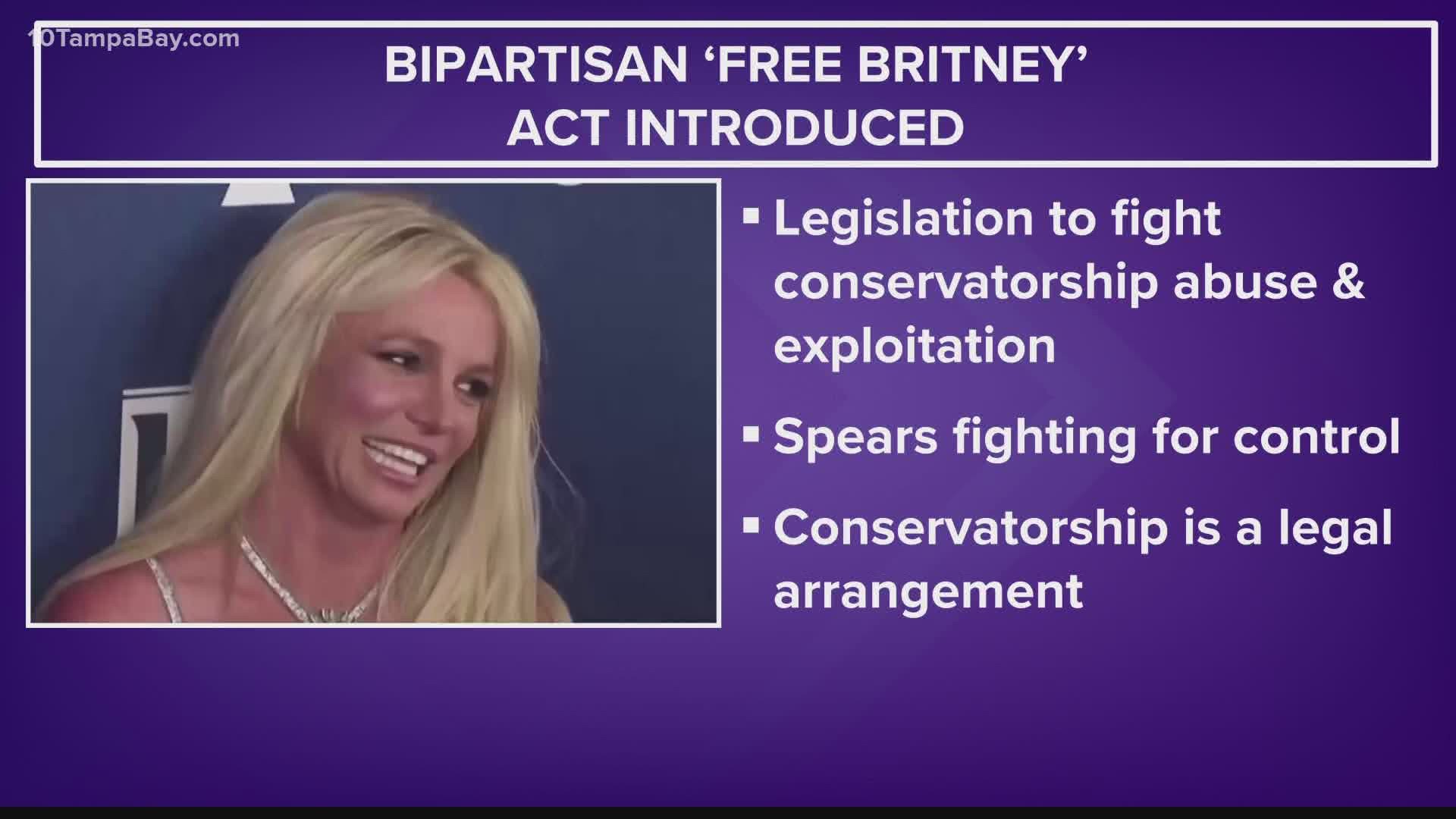 ST. PETERSBURG, Fla. — As Britney Spears continues her conservatorship battle in court, U.S. Rep. Charlie Crist, a Democrat from St. Pete and Florida gubernatorial candidate, is launching a legislative effort to help the pop star and others in her position.

Crist joined forces with Republican Rep. Nancy Mace Tuesday to unveil the Freedom and Right to Emancipate from Exploitation, or FREE Act.

The bipartisan-backed legislation aims to protect Americans under guardianship and conservatorship from abuse and exploitation.

Let’s #FreeBritney and countless others trapped in abusive guardianships. Proud to join @RepNancyMace to introduce the #FREEAct providing federal safeguards to protect persons under guardianship from abuse and exploitation. pic.twitter.com/cZwxCLAIRd

The FREE Act would allow people to petition a court to replace their conservators without having to "prove misconduct or abuse." It would also assign each person under conservatorship an independent caseworker, and require that caseworker, along with conservators, to disclose their finances for transparency.

Lastly, the legislation would require states to submit annual reports on how many people are under guardianships or conservatorships.

.@britneyspears highlighted abuses in conservatorships during her courageous testimony last month. This abuse is a problem which impacts countless Americans, and it must stop. Introducing the FREE Act w/ @RepCharlieCrist. #FreeBritney https://t.co/nWckXwFXSo pic.twitter.com/cdimXTcN4b

Britney Spears' conservatorship battle has garnered public support in recent weeks as fans across the world heard the singer break down in tears while describing the “cruelty" of her conservatorship.

“I truly believe this conservatorship is abusive," Spears said, adding at another point, “I want my life back.”

For the first time, she publicly condemned her father and others who control the conservatorship, which she said has forced her to use birth control and take other medications against her will, and prevented her from getting married or having another child.

While Spears' case has brought conservatorship into the public eye, it's not a new issue.

In fact, an estimated 1.3 million adults in the U.S. are under similar arrangements, according to the Justice Department.

A bill similar to the FREE Act was introduced in 2019 but did not advance out of committee.