After making the payment, hackers provided Colonial Pipeline with a decrypting tool to restore its computer network, according to multiple reports. 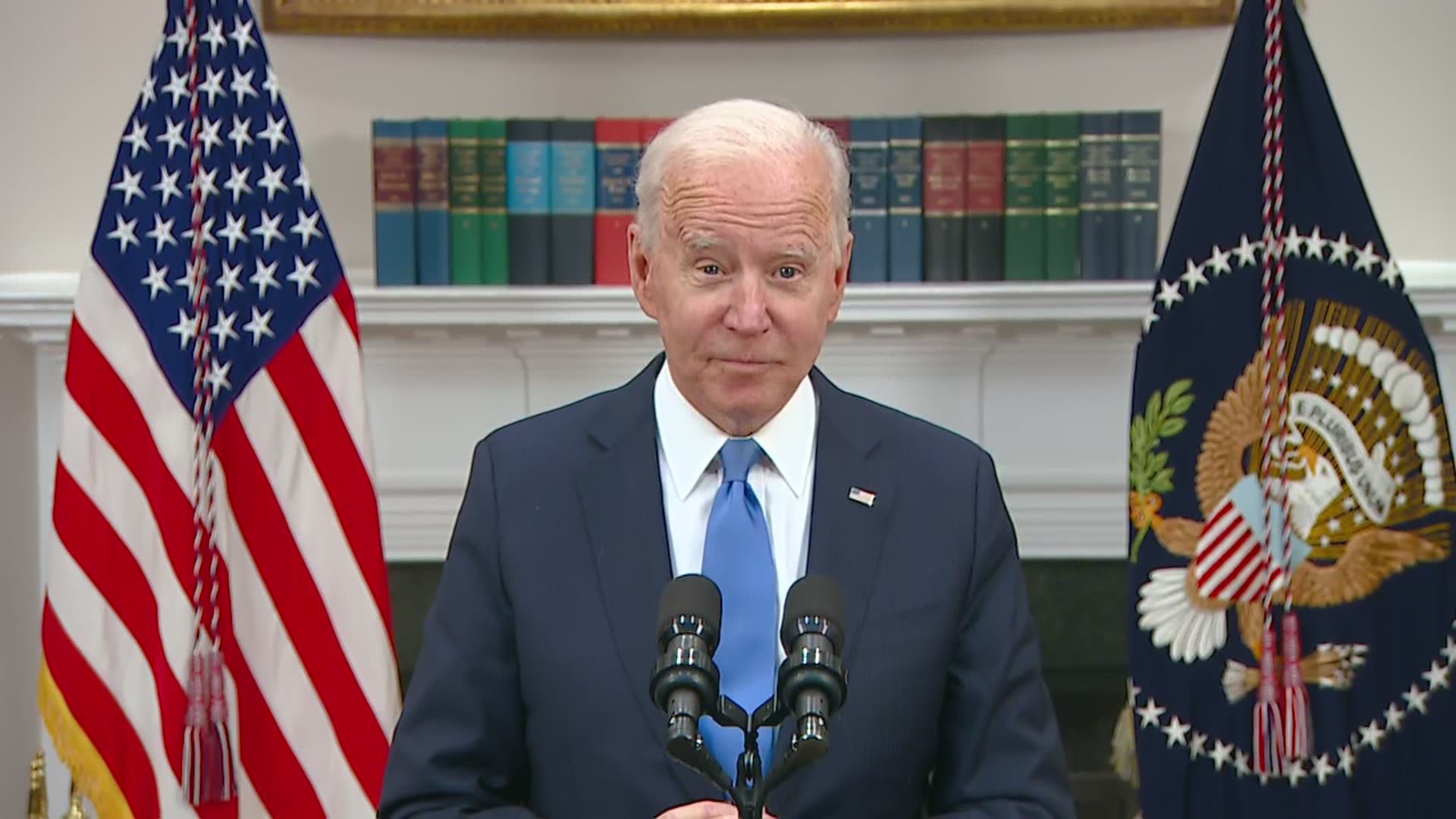 CLEMMONS, N.C. — Hackers who shut down some of the networks of Colonial Pipeline received nearly $5 million, according to Bloomberg and NBC News.

The company paid the ransom hours after it was hacked last Friday, according to Bloomberg. The hack shut down all four of its major pipelines that serve the Eastern and Southeastern United States. After making the payment, hackers provided the Georgia-based operator with a decrypting tool to restore its computer network. The decrypting tool was so slow that the company used its own backups to help restore the system.

Previously news outlets reported that the company had no intention of paying the ransom.

President Joe Biden said Thursday that U.S. officials do not believe the Russian government was involved in the hack of the Colonial Pipeline, which stretches from Texas to New Jersey. But he added, “We do have strong reason to believe that the criminals who did the attack are living in Russia. That’s where it came from.”

The U.S. was in direct communication with Moscow about the need to take action against ransom networks, Biden said. The FBI has said the ransomware belonged to a criminal syndicate known as DarkSide.

After restarting operations Wednesday, Colonial Pipeline said in a Thursday update that its entire pipeline system had restarted.

Colonial Pipeline can now report that we have restarted our entire pipeline system and that product delivery has commenced to all markets we serve. https://t.co/kpWNw0UQve pic.twitter.com/9r5hA2CLNn

Gas pumps remained shrouded by plastic bags Thursday at thousands of service stations across more than a dozen U.S. states, but the situation could improve as a pipeline company reported “substantial progress" in resuming operations after a computer hack led to its shutdown.

Nearly 70% of North Carolina's gas stations on Thursday were still without fuel amid panic-buying, as were about half the stations in South Carolina and Georgia, GasBuddy.com reported.

Drivers on the East Coast were also having trouble, with more than half the stations tapped out in Virginia. Washington, D.C., was among the hardest-hit places Thursday, with 73% of stations out, the site's tracking service showed.

“I can’t get paid until my customers get their products,” said Mary Goldburg of Norfolk, Virginia, whose job includes delivering T-shirts for events and other promotional products.

In Virginia, the run on gas prompted an urgent warning Thursday that people should never siphon gasoline after calls in recent days about people being poisoned. One man sucked gasoline into his lungs, causing significant distress, said Dr. Chris Holstege, the medical director of the Blue Ridge Poison center at UVA Health. The man is expected to recover, Holstege said.

The governors of both North Carolina and Virginia declared states of emergency to help ensure access. Other governors urged people not to hoard supplies.

“Now that Colonial has restarted pipeline operations, we will see a gradually increasing return to normal conditions that will take several days,” North Carolina Gov. Roy Cooper said in a statement Thursday.

The Colonial Pipeline delivers about 45% of the fuel consumed on the East Coast. There is no gasoline shortage, according to government officials and energy analysts, just delays in delivering the fuel from Gulf Coast refineries.

The distribution problems have been fraying nerves.

Two people were charged with assault after spitting in each other's faces over spots in a line at a Marathon station in Knightdale, outside Raleigh, on Tuesday afternoon, authorities said.

In Walton County, Georgia, paramedic Jeff Lisle had just under a quarter-tank of gas in his Jeep and found a small amount in the cans he uses for his lawnmower in case he needed the extra boost to get to work.

The shutdown even affected hikers long the Appalachian Trail, which stretches from Georgia to Maine. They depend on cars and vans to access the trail and get supplies.

“Everybody’s out here buying from the same gas pumps, so the lines are long, some are out — you’ve really got to look for it,” said Ron Brown, who operates Ron’s Appalachian Trail Shuttles.

In Georgia, racetracks and other entertainment venues rely on many fans who drive from surrounding states such as Alabama, Florida and Tennessee, and the concern is that higher gas prices – or shortages – might keep fans at home.

“Fuel prices do affect the amount of people who come, especially long distances,” said Sydney Marshall, general manager of the South Georgia Motorsports Park in Adel, Georgia, and the Orlando Speed World Dragway in Florida. “It’s definitely a concern of mine because if there’s a gas shortage, people aren’t going to be able to get here.”