Pressure is mounting on the Republican-led Senate to follow the House, which voted overwhelmingly on Monday to meet the president's demand to increase the checks. 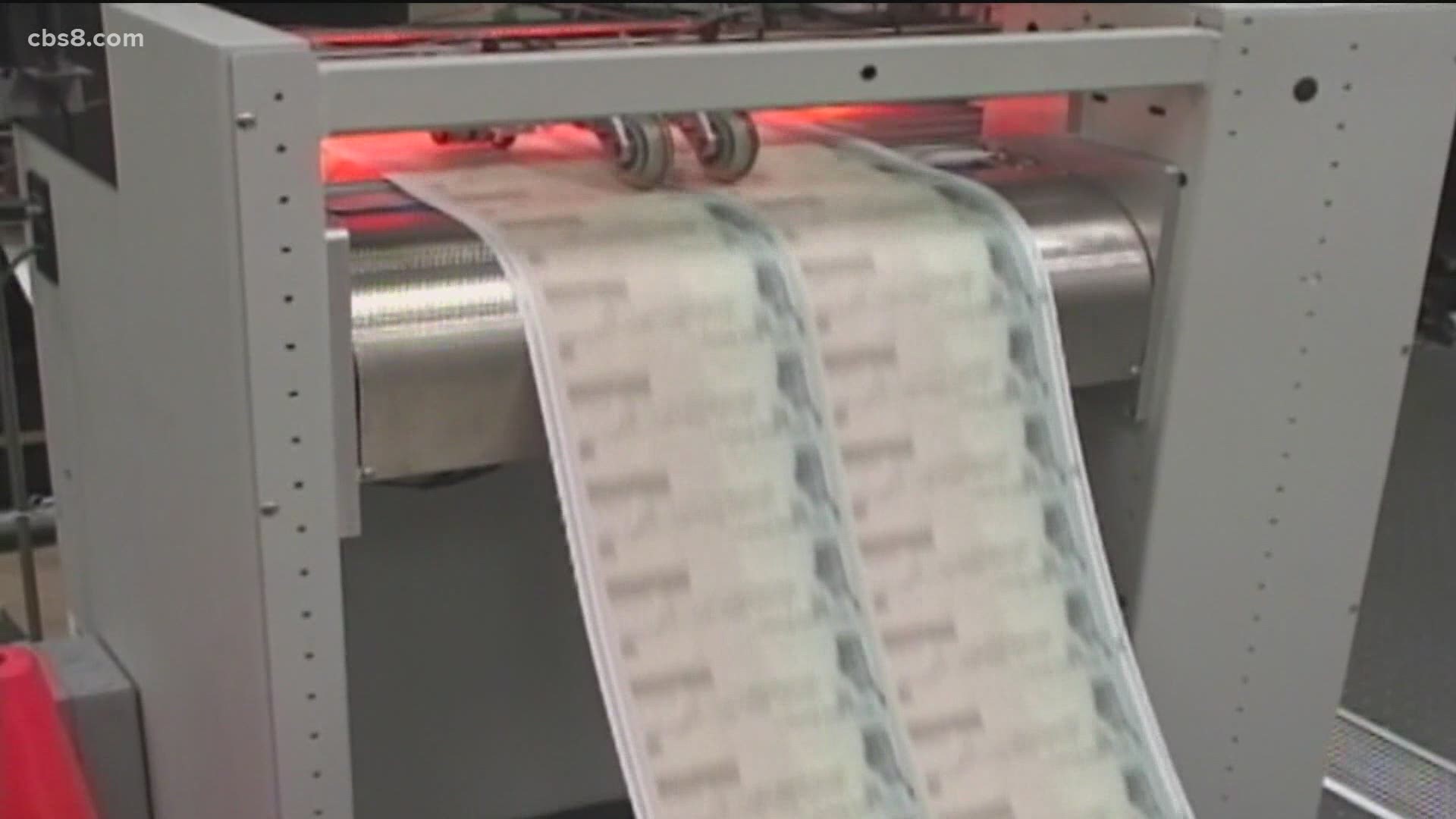 WASHINGTON — President Donald Trump's push for bigger $2,000 COVID-19 relief checks stalled out Tuesday in the Senate as Republicans blocked a swift vote proposed by Democrats and split within their own ranks over whether to boost spending or defy the White House.

The roadblock mounted by Senate Majority Leader Mitch McConnell may not be sustainable as pressure mounts. Trump wants the Republican-led chamber to follow the House and increase the checks from $600 for millions of Americans. A growing number of Republicans, including two senators in runoff elections on Jan. 5 in Georgia, have said they will support the larger amount. But most GOP senators oppose more spending, even if they are also wary of bucking Trump.

Senators will be back at it Wednesday as McConnell is devising a way out of the political bind, but the outcome is highly uncertain.

“There’s one question left today: Do Senate Republicans join with the rest of America in supporting $2,000 checks?” Senate Democratic leader Chuck Schumer said as he made a motion to vote.

The showdown has thrown Congress into a chaotic year-end session just days before new lawmakers are set to be sworn into office for the new year. It’s preventing action on another priority — overturning Trump’s veto on a sweeping defense bill that has been approved every year for 60 years.

Saying little about Trump's proposal, McConnell signaled his preference for an alternative approach. The GOP leader filed new legislation late Tuesday linking the president's demand for bigger checks with two other Trump priorities — restrictions on tech companies like Facebook or Twitter that the president complained are unfair to conservatives as well as the establishment of a new commission to review the presidential election.

“The Senate will begin a process,” the GOP leader said. He said only that he would bring the president’s demand for the $2,000 checks and other remaining issues “into focus.”

Unless Republicans have a death wish, and it is also the right thing to do, they must approve the $2000 payments ASAP. $600 IS NOT ENOUGH! Also, get rid of Section 230 - Don’t let Big Tech steal our Country, and don’t let the Democrats steal the Presidential Election. Get tough! https://t.co/GMotstu7OI

RELATED: The second stimulus check: When to expect it, how much you will get

The president's last-minute push for bigger checks deeply divides Republicans, who are split between those who align with Trump’s populist instincts and those who adhere to what had been more traditional conservative views against government spending. Congress had settled on smaller $600 payments in a compromise over the big, year-end relief bill Trump reluctantly signed into law.

Liberal senators led by Bernie Sanders of Vermont who support the relief aid are blocking action on the defense bill until a vote can be taken on Trump's demand for $2,000 for most Americans.

"The working class of this country today faces more economic desperation than at any time since the Great Depression of the 1930s," Sanders said as he also tried to force a vote on the relief checks. “Working families need help now.” But McConnell objected a second time.

The GOP blockade is causing turmoil for some as the virus crisis worsens nationwide and Trump amplifies his unexpected demands.

The two GOP senators from Georgia, David Perdue and Kelly Loeffler, announced Tuesday they support Trump's plan for bigger checks as they face Democrats Jon Ossoff and Raphael Warnock in runoff elections that will determine which party controls the Senate.

“I’m delighted to support the president,” said Perdue on Fox News. Loeffler said in an interview on Fox that she, too, backs the boosted relief checks.

Trump repeated his demand in a tweet ahead of Tuesday’s Senate session: ”$2000 for our great people, not $600!”

Following Trump's lead, Republican Sens. Josh Hawley of Missouri and Marco Rubio of Florida, among the party's potential 2024 presidential hopefuls, are pushing the party in the president's direction.

Other Republicans panned the bigger checks saying the nearly $400 billion price tag was too high, the relief is not targeted to those in need and Washington has already dispatched ample sums on COVID aid.

The House vote late Monday to approve Trump's request was a stunning turn of events. Just days ago, during a brief Christmas Eve session, Republicans blocked Trump's sudden demand for bigger checks as he defiantly refused to sign the broader COVID-19 aid and year-end funding bill into law.

As Trump spent days fuming from his private club in Florida, where he is spending the holidays, millions of Americans saw jobless aid lapse and the nation risked a federal government shutdown Tuesday.

Dozens of Republicans calculated it was better to link with Democrats to increase the pandemic payments rather than buck the outgoing president and constituents counting on the money. House Democrats led passage, 275-134, but 44 Republicans joined almost all Democrats for a robust two-thirds vote of approval.

It's highly possible that McConnell will set up votes ahead on both the House-passed measure supporting Trump’s $2,000 checks as well as his own new version linking it with the tech company reforms and the presidential election review.

It's a process that almost ensures neither bill will pass.

Trump's push could fizzle out in the Senate and do little to change the COVID-19 relief and federal spending package Trump signed into law.

But the debate over the size and scope of the package — $900 billion in COVID-19 aid and $1.4 trillion to fund government agencies — is potentially one last confrontation with the president. The new Congress is set to be sworn in Sunday.

RELATED: Here's who won't get a second stimulus check from the COVID-19 relief bill

For now, the $600 checks are set to be delivered, along with other aid, among the largest rescue packages of its kind.

The COVID-19 portion of the bill revives a weekly pandemic jobless benefit boost — this time $300, through March 14 — as well as the popular Paycheck Protection Program of grants to businesses to keep workers on payrolls. It extends eviction protections, adding a new rental assistance fund.

Americans earning up to $75,000 will qualify for the direct $600 payments, which are phased out at higher income levels, and there's an additional $600 payment per dependent child.

Biden supports the $2,000 checks and said Tuesday the aid package is merely a “down payment” on what he plans to deliver once in office.

Economists said a $600 check will help, but that it’s a far cry from the spending power that a $2,000 check would provide for the economy.

The president also objected to foreign aid funding that his own administration had requested and vowed to send Congress “a redlined version” with spending items he wants removed. But those are merely suggestions to Congress. Democrats said they would resist such cuts.