A U.S. District judge said the government had to post a public notice within three days that new DACA applications were being accepted. 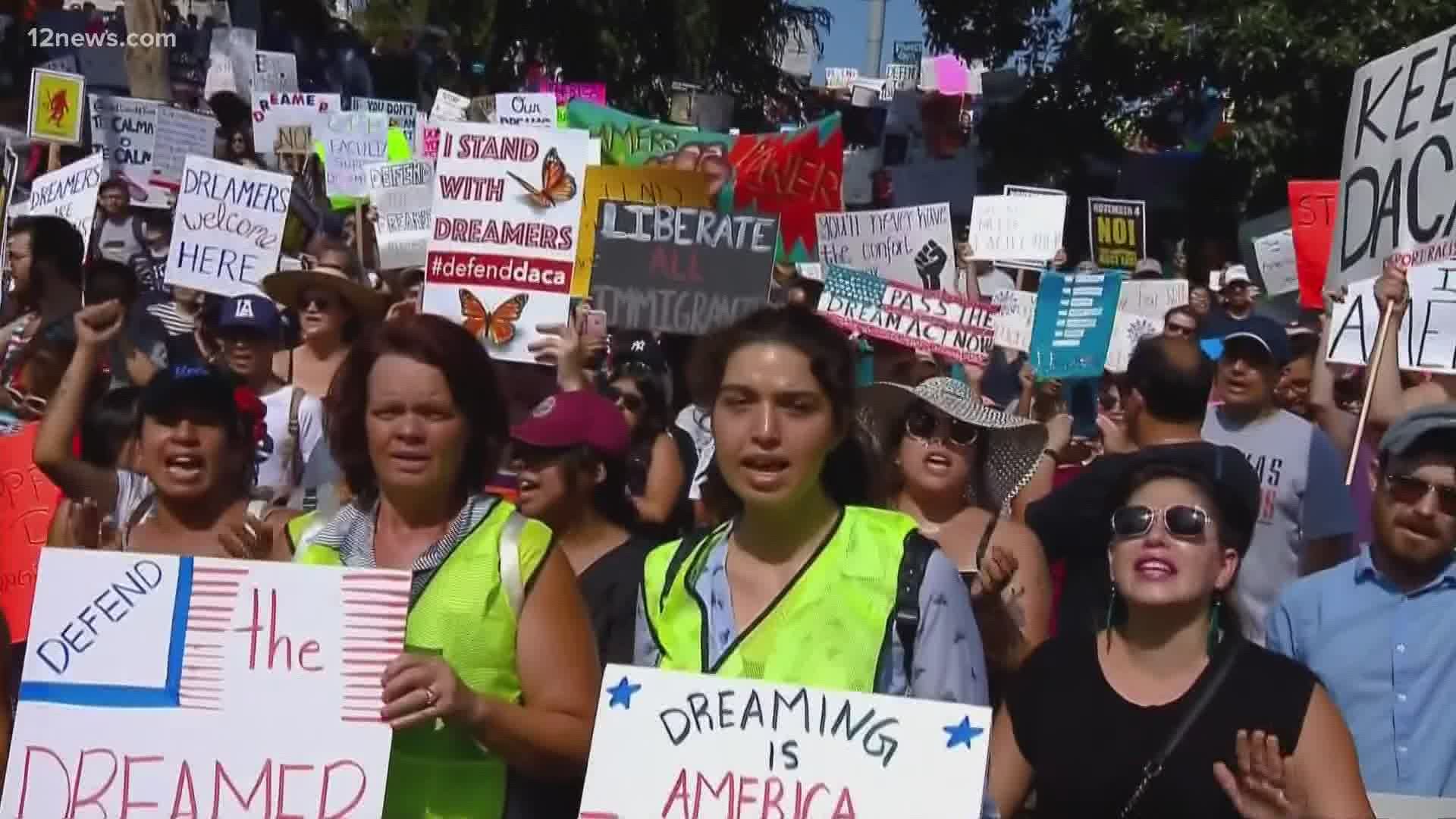 The Trump administration must accept new applications for the Deferred Action for Childhood Arrivals program that protects some young immigrants from deportation, a federal judge ruled Friday, in vacating a memo from the acting Homeland Security secretary that had suspended it.

U.S. District Judge Nicholas Garaufis said the government had to post a public notice within three days that new DACA applications were being accepted.

The ruling follows one from November where Garaufis said Acting Department of Homeland Security Secretary Chad Wolf was unlawfully in his position.

On Friday, the judge said that invalidated the memo Wolf had issued in July suspending DACA for new applications and reducing how long renewals were valid from two years down to one year.

RELATED: Search persists for parents of 628 kids separated at border

Wolf had issued his memo after the U.S. Supreme Court had ruled in June that President Donald Trump failed to follow rule-making procedures when he tried to end the program.

Garaufis also ordered the government to put together a status report on the DACA program by Jan. 4.

An email seeking comment was sent to the Department of Homeland Security.

DACA, started during the Obama administration, allows certain young immigrants who were brought to the country as children to legally work and shields them from deportation.

About 650,000 people are currently enrolled in the program.