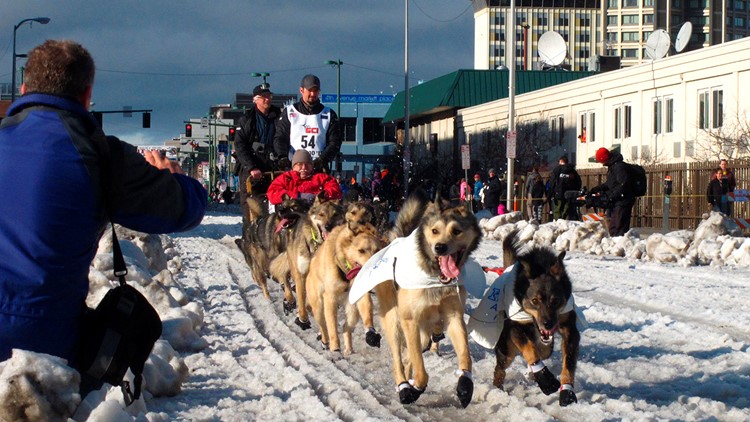 Photo by: AP Photo/Rachel D'Oro, File
In this March 7, 2015, file photo, musher Peter Kaiser, of Bethel, Alaska, leads his team past spectators during the ceremonial start of the Iditarod Trail Sled Dog Race, in Anchorage, Alaska.

Iditarod race officials say a dog on a racer's team has died of pneumonia, and the musher has been withdrawn from the event.

In a statement, the Iditarod organization announced that Oshi, a 5-year-old female on the race team of Richie Beattie died Saturday evening at an animal hospital in Anchorage from aspiration pneumonia.

Beattie and his team finished the race on Thursday. The organization says that while carrying out post-race checkups, Iditarod Trail Committee veterinarians examining Oshi noticed signs of pneumonia.

The dog was transported by emergency charter flight to Anchorage on Friday. The dog died the next day.

The Idiatord says a necropsy will be conducted by a board-certified veterinary pathologist to determine the official cause of death.

The 2019 race came during a bruising two-year stretch for the Iditarod that included a dog doping scandal and the loss of national sponsors amid protests by animal rights activists.

People for the Ethical Treatment of Animals is the biggest critic.