Jack served as both director and director emeritus of the Columbus Zoo and Aquarium for 42 years. He retired at the end of December. 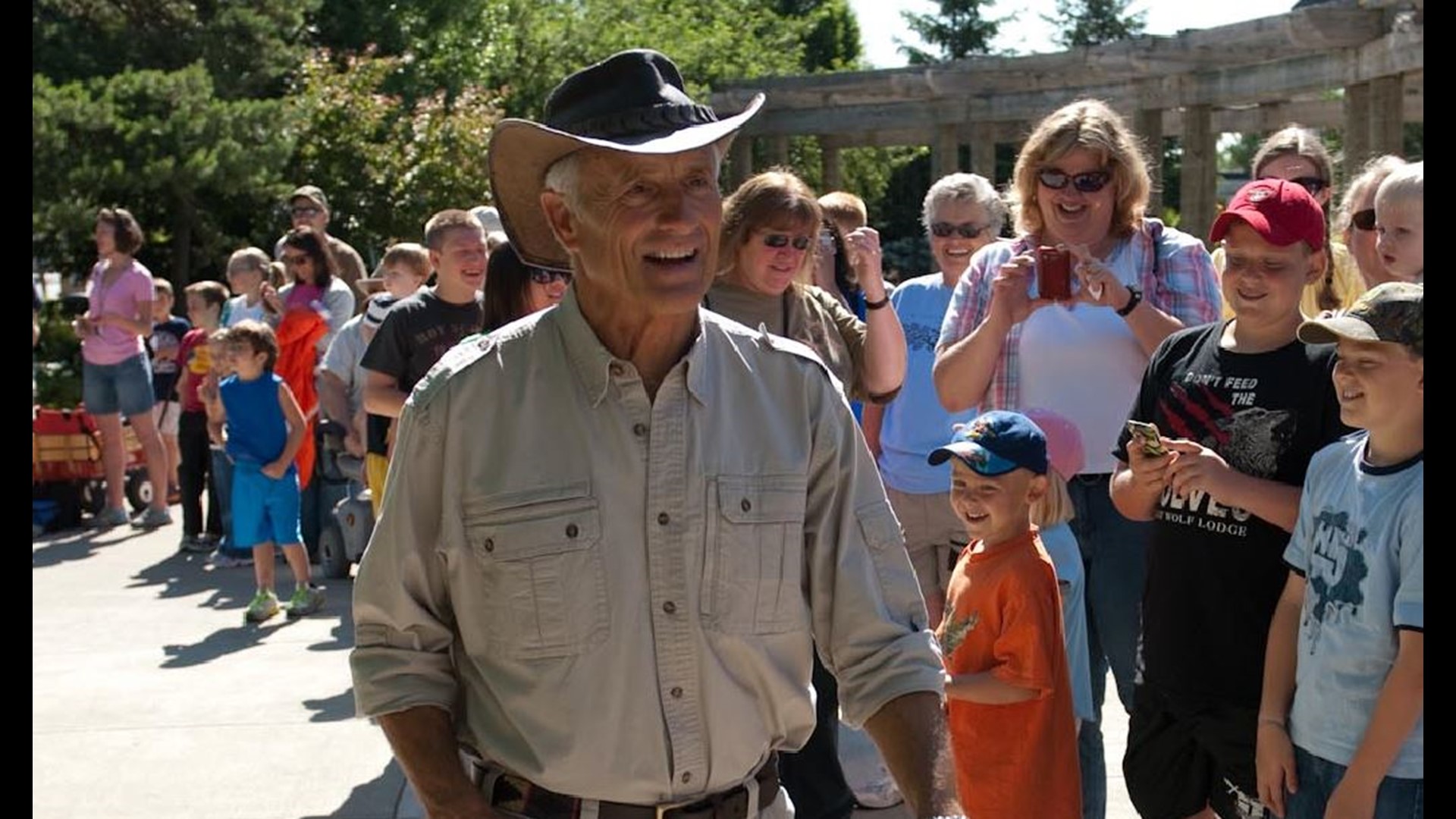 POWELL, Ohio — Jack Hanna has been diagnosed with dementia and will retire from public life, according to a letter shared by his family on Wednesday. He was director of the Columbus Zoo from 1978 to 1992 and still serves as its director emeritus.

In the letter, Jack's daughters Kathaleen, Suzanne and Julie Hanna stated their dad was diagnosed with dementia, now believed to be Alzheimer’s disease, and his condition progressed much faster than expected in the last few months.

"Sadly, Dad is no longer able to participate in public life as he used to, where people all over the world watched, learned and laughed alongside him," his daughters wrote.

His daughters said that while their father's health has deteriorated quickly, his great sense of humor continues to shine through.

Jack is also well-known for his live animal demonstrations on talk shows hosted by Johnny Carson, David Letterman and James Corden, increasing the profile of the Columbus Zoo and leading to massive attendance increases over the years.

Jack hosted the popular syndicated TV show “Jack Hanna's Animal Adventures” from 1993 to 2008. He also hosted “Jack Hanna's Into the Wild,” which started in 2007, and “Jack Hanna's Wild Countdown" until last year.

We're saddened by the latest news of Jungle Jack's dementia diagnosis, now believed to be Alzheimer's disease, and Julie's health complications that were shared today in a heartfelt letter written by Jack's daughters. Please join us in sending messages of support for the Hannas. pic.twitter.com/h0sklVWN4k

A Letter from the Hanna Family

Today, we reach out to share some personal Hanna Family news. Doctors have diagnosed our dad, Jack Hanna, with dementia, now believed to be Alzheimer’s disease. His condition has progressed much faster in the last few months than any of us could have anticipated. Sadly, Dad is no longer able to participate in public life as he used to, where people all over the world watched, learned and laughed alongside him.

A passion for wildlife conservation and education has been at the core of who our dad is and everything he has accomplished with the help of so many. He has spent his life connecting people and wildlife because he has always believed that having people see and experience animals is key to engaging them in more impactful conservation efforts. He’s always said, “You have to touch the heart to teach the mind.” Even though Dad is no longer able to travel and work in the same way, we know that his infectious enthusiasm has touched many hearts and will continue to be his legacy.

The Columbus Zoo and Aquarium has been a major part of our lives since we moved to Central Ohio as young girls in 1978. From day one, Dad advocated for improved wildlife habitats and focused on connecting the community with animals. After he left his active management role as Executive Director in 1992, he continued to be a spokesperson for the zoo until his retirement last year.

Dad engaged with millions of households through his media appearances and weekly television programs – including Animal Adventures, Into the Wild and Wild Countdown. This allowed him to bring an unparalleled level of awareness to the importance of global conservation given the unrelenting pressures on the natural environment. To say that we are abundantly proud to be his daughters is an understatement.

Dad loves the Columbus Zoo and The Wilds and has great appreciation for the hundreds of employees and volunteers, who work extremely hard each day to care for the animals and ensure an incredible experience for the families who visit. We share his dedication to the Central Ohio community and will continue to support the Columbus Zoo and conservation efforts around the world.

Our mom – Suzi – has been by his side for 53 years in every corner of the world. She continues to be his rock (and ours, too). We have great respect and admiration for Mom as we move through not only this difficult time with Dad, but also Julie’s continued life-long challenges from her childhood leukemia, as she is currently recovering from major surgery.

While Dad’s health has deteriorated quickly, we can assure you that his great sense of humor continues to shine through. And yes - he still wears his khakis at home.

To keep everyone safe in light of COVID-19 restrictions, we are asking for privacy, which is ironic given Dad’s love of interacting with people. We are grateful that the many hearts he’s touched over the years are with him during this journey, which gives us strength.

Thank you, and we appreciate your understanding –

RELATED: Understanding a dementia diagnosis in the wake of Jack Hanna’s family announcement