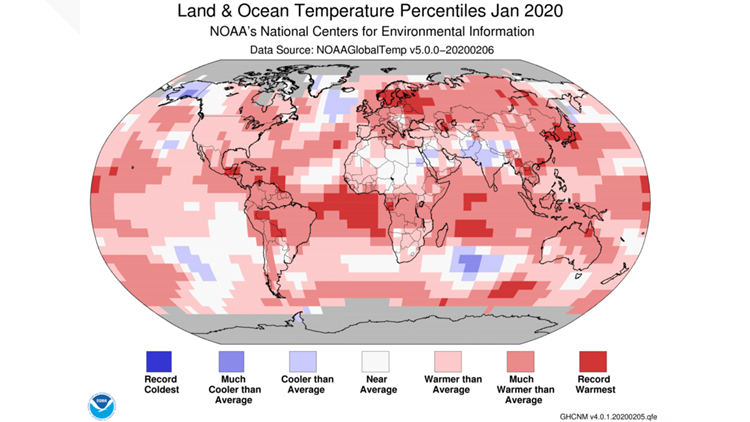 January 2020 was the world's hottest January in recorded history

The world just lived through the hottest January in recorded history in 2020, according to the National Oceanic and Atmospheric Administration.

It was the United States' fifth hottest January on record. Globally, it was the 44th consecutive January and 421st consecutive month with temperatures above the 20th century average.

The most notable warmer than average temperatures were seen in Russia, parts of Scandinavia and eastern Canada, according to NOAA.

The analysis is the latest in a trend of warmer temps across the world. The four warmest Januaries in NOAA's record have all happened within 2016-2020. According to the European Centre for Medium-Range Weather Forcasts (ECMWF), 2019 was the second warmest year on record.