The NTSB says the plane's landing gear was put down too early and the plane was not traveling fast enough. 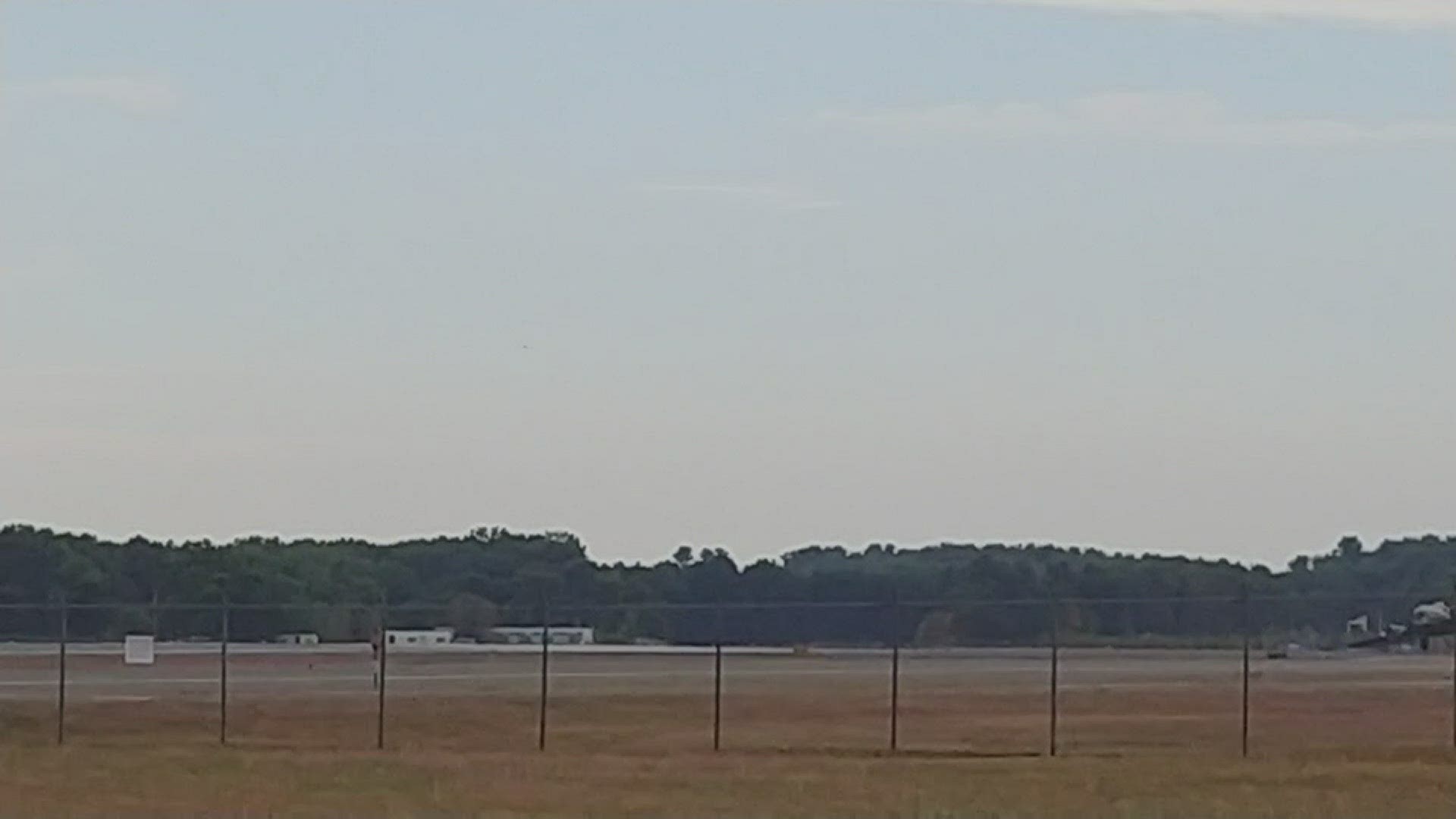 HARTFORD, Conn. — Pilot error probably caused the 2019 crash of a World War II-era bomber in Connecticut that killed seven people and wounded six others, the National Transportation Safety Board said in a report released Tuesday. It cited inadequate maintenance as a contributing factor.

The four-engine, propeller-driven B-17G Flying Fortress bomber with 13 people aboard crashed at Bradley International Airport, north of Hartford, during a traveling vintage aircraft show on Oct. 2, 2019.

The pilot, Ernest “Mac” McCauley, reported a problem with one of the engines shortly after takeoff, and the plane crashed into a maintenance building and burst into flames during a landing attempt.

The NTSB said the flight data indicated that the landing gear was extended too early, adding drag that slowed the plane, and it was traveling too slow on its return to the airport.

“The B-17 could likely have overflown the approach lights and landed on the runway had the pilot kept the landing gear retracted and accelerated to 120 mph until it was evident the airplane would reach the runway,” the NTSB said.

RELATED: NTSB releases documents on 2019 B-17 crash at Bradley

McCauley, 75, of Long Beach, California, was a veteran pilot who colleagues said had great skills flying the B-17G. He and co-pilot Michael Foster, 71, of Jacksonville, Florida, were killed in the crash, along with five of the 10 passengers. The plane's mechanic, Mitchell Melton, of Hawkins, Texas, was among the injured and was the only crew member to survive.

The NTSB said there was a power loss in two of the four engines during the flight, a problem it blamed on McCauley's “inadequate maintenance." McCauley also served as the maintenance director of the plane's owner, the Collings Foundation, based in Stow, Massachusetts.

The NTSB also said the Collings Foundation had an ineffective safety management system that failed to identify hazards, including the inadequate maintenance of the plane. Investigators said the ineffective safety system, as well as the Federal Aviation Administration's ineffective oversight of the system, also contributed to the accident.

Credit: AP
This photo, provided by the National Transportation Safety Board, shows damage from a World War II-era B-17 bomber plane that crashed on Oct. 2, 2019, at Bradley International Airport in Windsor Locks, Conn. (NTSB via AP, File)

“We knew Ernest “Mac” McCauley to be the most experienced B-17 pilot in the world who was passionate about the care and condition of all aircraft,” the foundation said. “Responsible flight and maintenance operations have always been a top priority of the Collings Foundation, reflected by over thirty years’ worth of a safe operating record, and always will be.”

Melton told investigators that the No. 4 engine began losing power after takeoff and McCauley said he wanted to shut it off. Melton replied he wasn't ready to do that and didn't understand why the engine had to be shut off, but McCauley turned it off anyway, according to NTSB documents.

Melton, of Hawkins, Texas, also said there were problems trying to start the Nos. 3 and 4 engines on the morning of the crash. But both started after he blew nitrogen into them to get rid of condensation than can build up on humid mornings — a procedure that representatives of the plane’s owner said is frequently used by airplane mechanics, but one an NTSB official said is “not a documented maintenance procedure,” according to NTSB documents.

The other two engines started without a problem, Melton told investigators.

During the landing attempt, the plane struck the approach lights and contacted the ground before the runway before veering into the maintenance building, the NTSB said.

Ten passengers had paid $450 to fly aboard the aircraft. The plane was one of several vintage aircraft at a show run by the Collings Foundation.

After the crash, the foundation suspended its flights and tour for the rest of the year. In March 2020, the Federal Aviation Administration revoked the Collings Foundation’s permission to carry passengers aboard its World War II-era planes because of safety concerns stemming from the Bradley accident.

The foundation also is being sued in Connecticut state court by relatives of those killed and survivors. Lawyers for the foundation have denied wrongdoing in court documents.