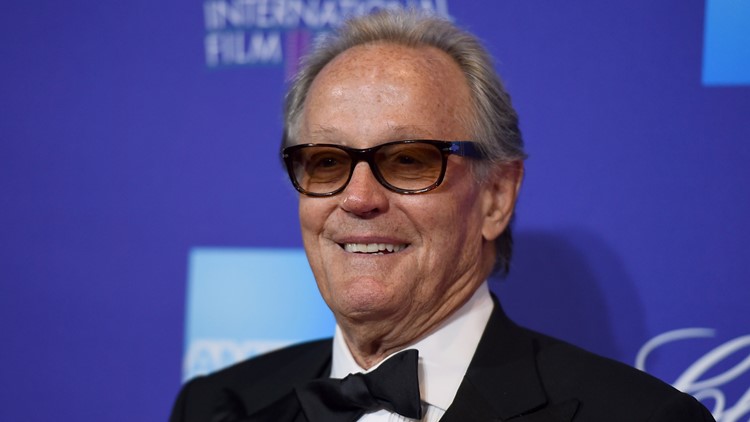 Peter Fonda, younger brother of Jane Fonda and son of legendary actor Henry Fonda, has died at the age of 79.

The official cause of death for the "Easy Rider" star and writer was respiratory failure due to lung cancer.

"In one of the saddest moments of our lives, we are not able to find the appropriate words to express the pain in our hearts," the family said in a statement. "As we grieve, we ask that you respect our privacy."

The family's statement revealed that Peter passed away peacefully Friday morning "at his home in Los Angeles surrounded by family."

Fonda received an Academy Award nomination for Best Original Screenplay for "Easy Rider," which he co-wrote, produced and co-starred in alongside Jack Nicholson.

The film turned 50 on July 14th. Rolling Stone reported last month that Fonda had been prepping for a 50th anniversary screening and concert set for Sept. 20 at Radio City Musical Hall in New York City.

Fonda also received an Oscar nomination for his portrayal of Ulee Jackson in the 1997 film "Ulee's Gold."

Fonda was born in New York in 1940 and was only 10 years old when his mother Frances Ford Seymour died. Fonda had an estranged relationship with his father, but said that they grew closer over the years before Henry Fonda died in 1982.

"In honor of Peter, please raise a glass to freedom," the Fonda family statement to PEOPLE finished.

Tributes to Fonda began to fill social media shortly after his death was confirmed.