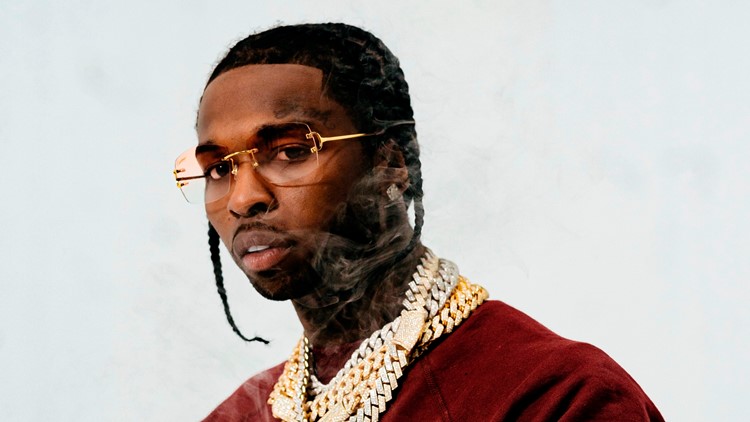 Photo by: AP
In this undated photo provided by Republic Records is Pop Smoke. The up-and-coming rapper known as Pop Smoke, whose legal name is Bashar Barakah Jackson, was fatally shot during a break-in early Wednesday, Feb. 19, 2020, at a Hollywood Hills home, his label said. “We are devastated by the unexpected and tragic loss of Pop Smoke,” Republic Records said in a statement. “Our prayers and thoughts go out to his family, friends and fans, as we mourn this loss together.” (Republic Records via AP)

LOS ANGELES — Police say the home-invasion shooting death of rising rapper Pop Smoke in Los Angeles does not appear to be part of a robbery.

The disclosure came Thursday as detectives sought to identify the shooter and the music community mourned.

The 20-year-old Brooklyn, New York, rapper whose legal name is Bashar Barakah Jackson was killed Wednesday at a home in the Hollywood Hills.

Hundreds of people gathered in the streets of Brooklyn on Wednesday night, playing the rapper's music and dancing at an impromptu vigil.

In Manhattan, rapper Roddy Ricch performed Pop Smoke's hit “Welcome to the Party” at a concert.