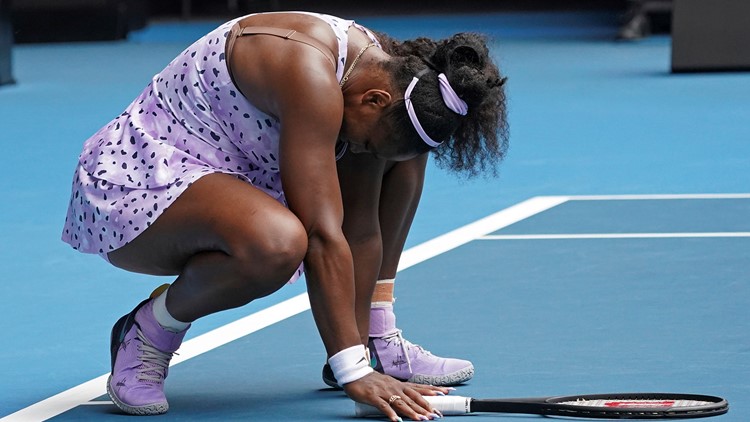 Photo by: AP
Serena Williams of the U.S. reacts as she plays China's Wang Qiang in their third round singles match at the Australian Open tennis championship in Melbourne, Australia, Friday, Jan. 24, 2020. (AP Photo/Lee Jin-man)

Serena Williams shocker: Knocked out in 3rd round at Australian Open

Serena Williams has been upset in the third round of the Australian Open by Wang Qiang of China in three sets.

It is Williams' earliest exit from Melbourne Park since she also lost in the third round back in 2006.

She has won seven of her 23 Grand Slam singles titles in Australia.

This result was particularly surprising because the only other time these two women faced each other, Williams beat Wang 6-1, 6-0 in 44 minutes.

Williams has now gone three years without a Grand Slam title. The 38-year-old American lost the past four major finals she reached.