President Trump shares sentiments over death of Herman Cain: 'He was a dear friend of mine'

'He was very special person,' the president said. 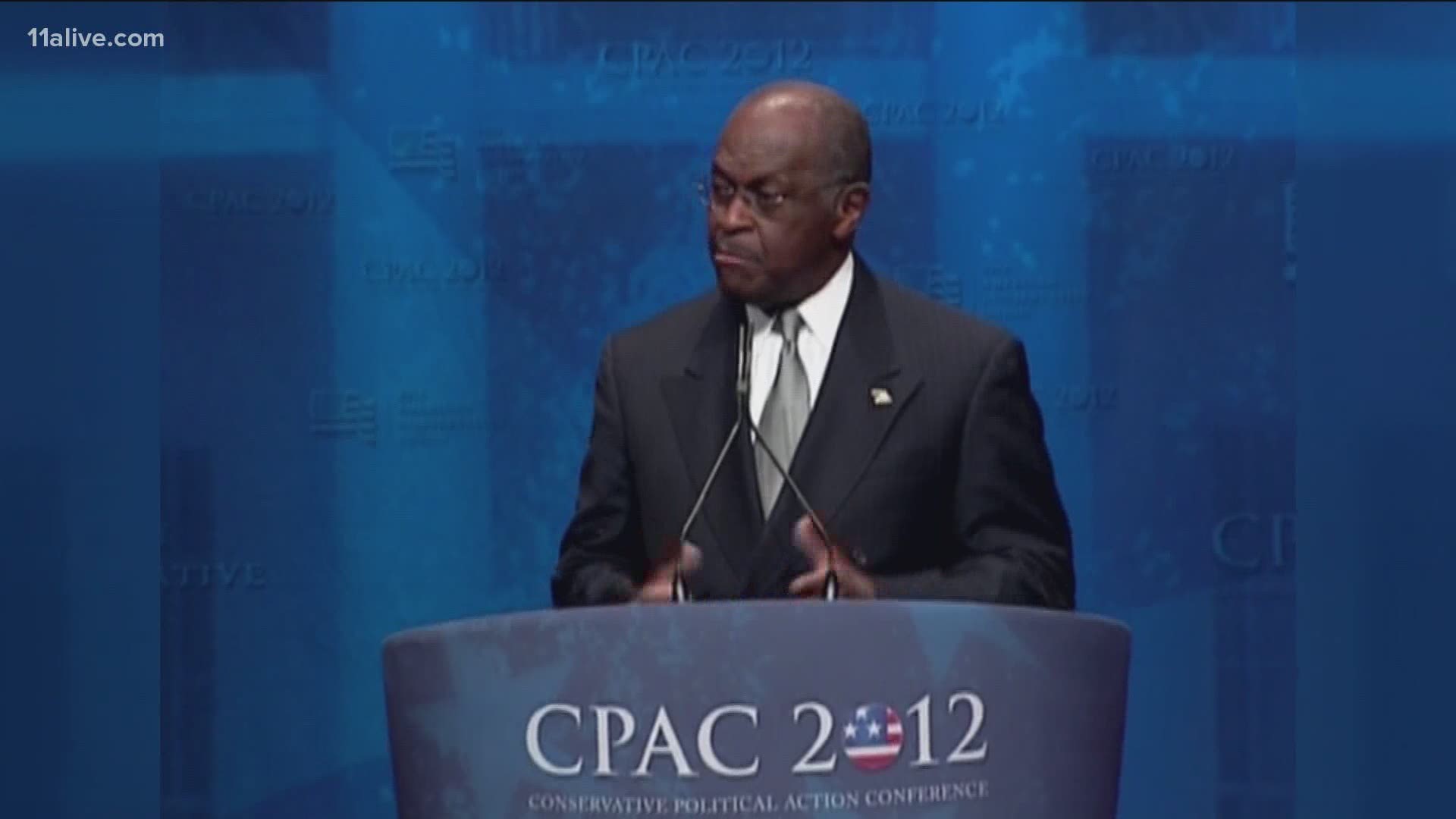 ATLANTA — President Donald Trump began Thursday's COVID-19 briefing by sharing a message of condolences to the family of Herman Cain.

Cain, 74, died after about a month-long battle with the coronavirus.

"Let me begin by expressing our sadness at the passing of a wonderful man and a dear friend of mine, Herman Cain. He was very special person," the president said. "I got to know him very well, and unfortunately, he passed away from the thing called the China virus, and we send our prayers to Herman's great wife, Gloria, wonderful family."

Cain, a Republican who ran for President of the United States in 2012, grew up in Georgia and graduated from Morehouse College with a bachelor's degree in mathematics.

In a statement posted on his Twitter account about his condition weeks ago, his team said Cain was informed on June 29 that he had COVID-19, but by July, he "developed symptoms serious enough that he required hospitalization" in the Atlanta area.

Then on Monday, a tweet from his account said he was still in the hospital receiving oxygen for his lungs. But, by Thursday morning, a statement was posted to his website saying "Herman Cain – our boss, our friend, like a father to so many of us – has passed away."

"You’re never ready for the kind of news we are grappling with this morning," the statement said. "But we have no choice but to seek and find God’s strength and comfort to deal with it."

Cain was considered high-risk for the virus because of his history with cancer. In 2006, he was diagnosed with stage IV colon cancer. Doctors found a tumor in his liver, a common location for the cancer to spread, Cain wrote in a book.

Cain attended a highly-publicized rally for Trump in Tulsa, Oklahoma on June 20. It was the first large-gathering event the president put on since the pandemic.

"I have to say America grieves for all of the 150,000 Americans who had their lives taken by this horrible, invisible enemy," the president said about COVID-19.

Instead of flowers, his family is asking for donations to be sent to the Cain Scholarship Fund.

Obviously, we appreciate and thank you all for the outpouring of support but, in lieu of flowers, Herman's family requests donations to: