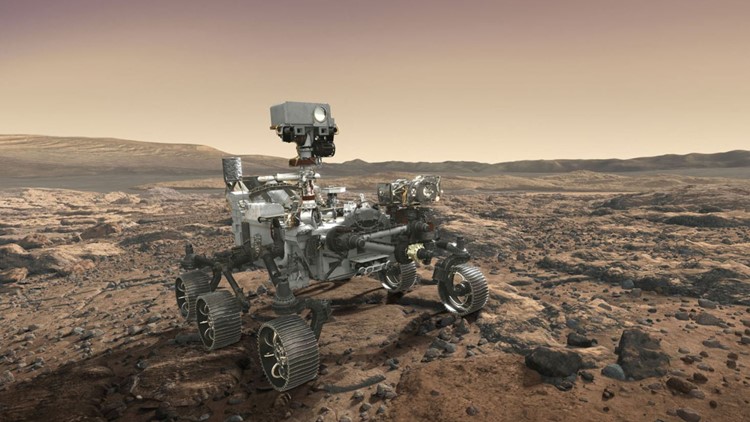 You can vote to name NASA's next Mars rover

WASHINGTON — NASA's student naming contest for the next Mars rover moniker has been whittled down to just 9 names. And you have until Jan. 28 at midnight EST to get your votes in!

The space agency called on K-12 students across the U.S. to have their say in proposing names for the next space craft which is headed to the Red Planet. The list of names available to vote on are much more exciting than the current one: "Mars 2020," which Space.com says refers to the craft's launch window (it has been extended from July through August of this year).

Here are the fun names, and the coinciding names of the students who put them up for a vote.

Vote for the name you want given to the next Mars rover at go.nasa.gov/name2020 by midnight EST on Jan. 28.

RELATED: Social media influences can get a front row seat to a NASA rocket launch

RELATED: 2019 was the second hottest year on Earth in recorded history

NASA officials released a statement saying, "after the poll closes, the nine student finalists will discuss their rover names with a panel," which will include astronaut Jessica Watkins, NASA Jet Propulsion Lab rover driver Nick Wiltsie and also Clara Ma who named the Mars rover Curiosity when she was in the sixth-grade.

The next Mars rover, which is reportedly the size of a car, should touch down on Mars in February of 2021