Mom gives birth to baby on Interstate on Mother's Day

LOUISVILLE, Ky. (WHAS11) – A Bullitt County woman has a Mother's Day gift you can't buy at a florist. 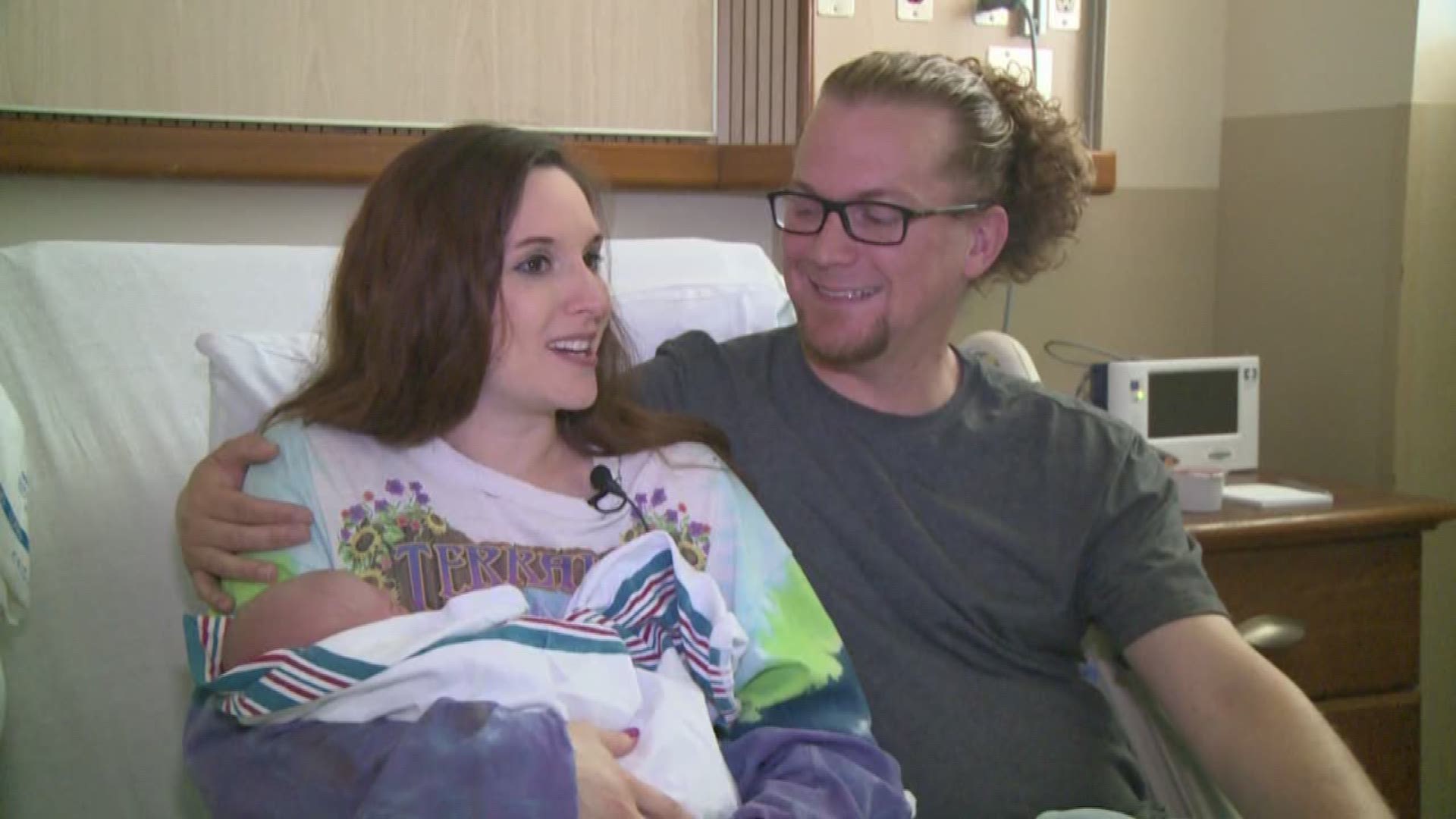 LOUISVILLE, Ky. (WHAS11) – A Bullitt County woman has a Mother’s Day gift you can’t buy at a florist.

Christine High woke up early Sunday morning, knowing it was time to head to Clark Memorial Hospital after her water broke. But what she didn't know is that little Oliver had no plans of waiting, High ended up giving birth on I-65 North in the backseat of her car with her husband behind the wheel.

Everyone is doing great and the parents tell WHAS11 that it was the longest morning commute with the most amazing outcome.

Oliver's birth is one only mom Christine and dad Jonathan can navigate us through, as Christine explains, “I reached down and started to feel a little head starting to crown and so my breathing changed a little bit, I said oh God when that happened! But then I tried to be quiet because I said I don't want him to pull over on the side of the road, we're on the Expressway right now.”

Her darling son was ready, much quicker than mom would've liked. Oliver was born on I-65 North near Jeffersonville.

Christine adds, “I noticed the back of the head then felt the face and I was like alright – time to do the body – pushed the body out and caught him and he heard a really loud wale and said, what was that?”

The parents shared pictures with us as soon as they arrived at Clark Memorial Hospital.

“I said ma'am, my wife just gave birth in the backseat of our car and she kind of just looked at me funny and said ‘well let me go get somebody for ya’ and out came the team running,” Jonathan, Oliver’s father, said.

The Highs, maybe should have expected a holiday birth for Oliver, because his older sister Rowan is a Saint Patrick's Day baby, born back in 2014.

“I don't think we'll soon forget that one. That's one that we will probably talk about every single time we cross that bridge – that’s for sure,” Jonathan said.

The precious gift of life, whether created in a hospital or the highway, it's the joys of beginning a new journey and sharing an unforgettable story that's what will fill the hearts of Oliver's parents forever.

Oliver is completely healthy and his parents say they should be back going the other direction on I-65 heading home in a few days.

A fun fact, he was named after Stephen Amell's character from the show "Arrow," and his middle name Joseph is Christine's father's name.