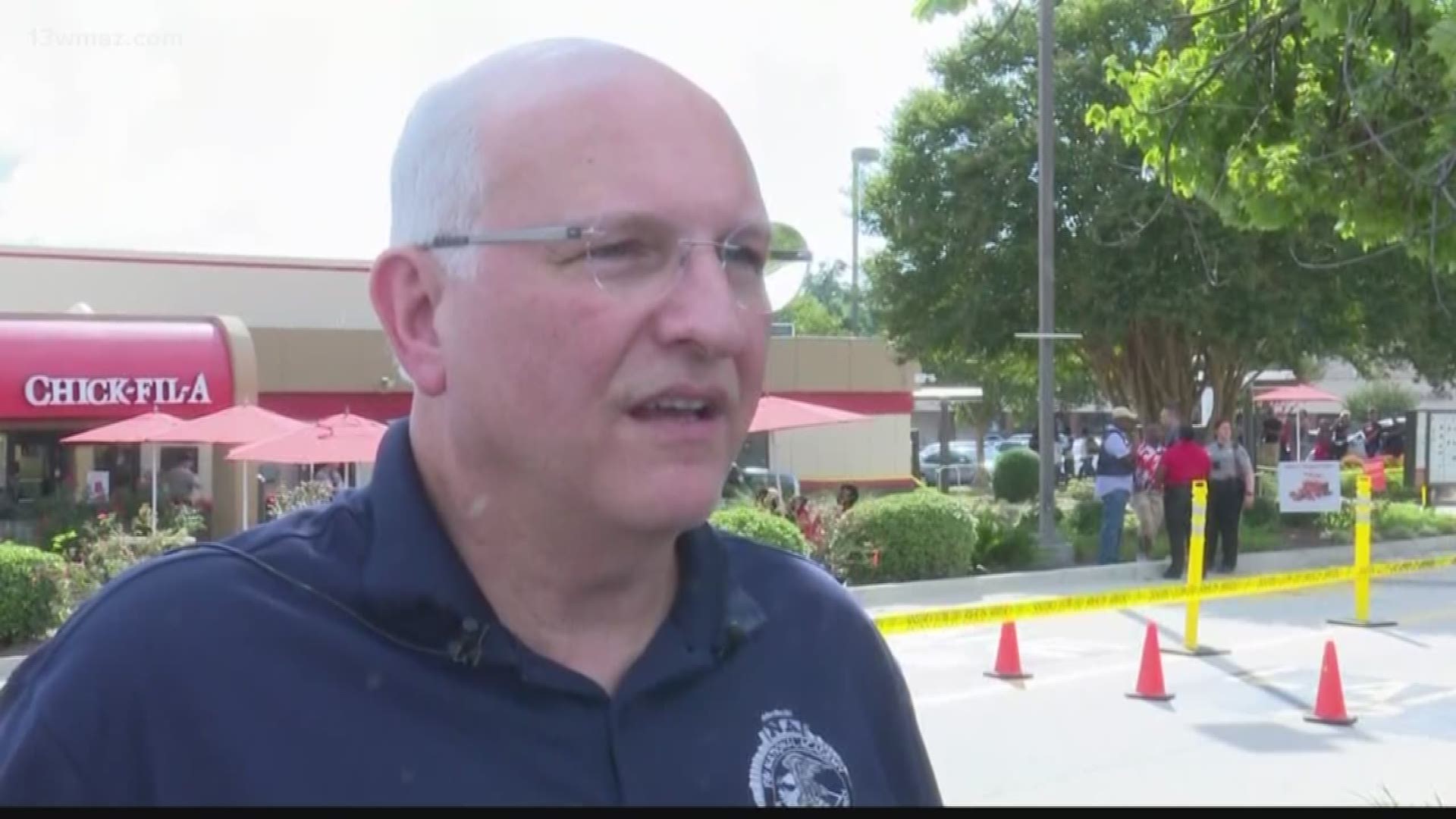 Macon — UPDATE: An 18-year-old has been arrested and charged with Spivey's murder.

An updated news release from the Sheriff's Office identifies his alleged killer as Julian Kongquee.

It says deputies were sent to his home after he contacted them about an injury to his elbow during his fight with Spivey.

After being treated, he was taken in for questioning and was later charged with Spivey's murder.

He is being held without bond.

A Macon teen was shot and killed at a west Macon Chick-fil-A on Labor Day.

According to Bibb Coroner Leon Jones, the victim is 18-year-old Leonard Spivey Jr.

Bibb Sheriff David Davis says Spivey got into an argument with somebody outside of the restaurant location on Bloomfield Road and then walked into the store as an employee was walking out.

Spivey was then shot by the person he was arguing with.

Davis says they do have a person of interest, but they aren’t releasing names yet.

Davis also said neither the shooter nor the deceased are employees at that Chick-fil-A location.

Family confirmed to 13WMAZ that Spivey is the grandson of Ellen Sandifer, Macon's last homicide victim. She was found dead on August 22.

A family friend, Cynthia Murphy, said that she had never known Spivey to be involved in anything violent.

"Little Leonard was a good kid," Murphy said. "As long as I've been knowing him, I've never known him to be in any kind of trouble."

Spivey's death is the second tragedy to strike his family in as many weeks. His grandmother died of blunt force trauma to the head. Spivey's family also lost his mother to cancer last year.

"This family has been through a lot," Murphy said. "With these two homicides and their mom just passing last year, it's just rough for them.