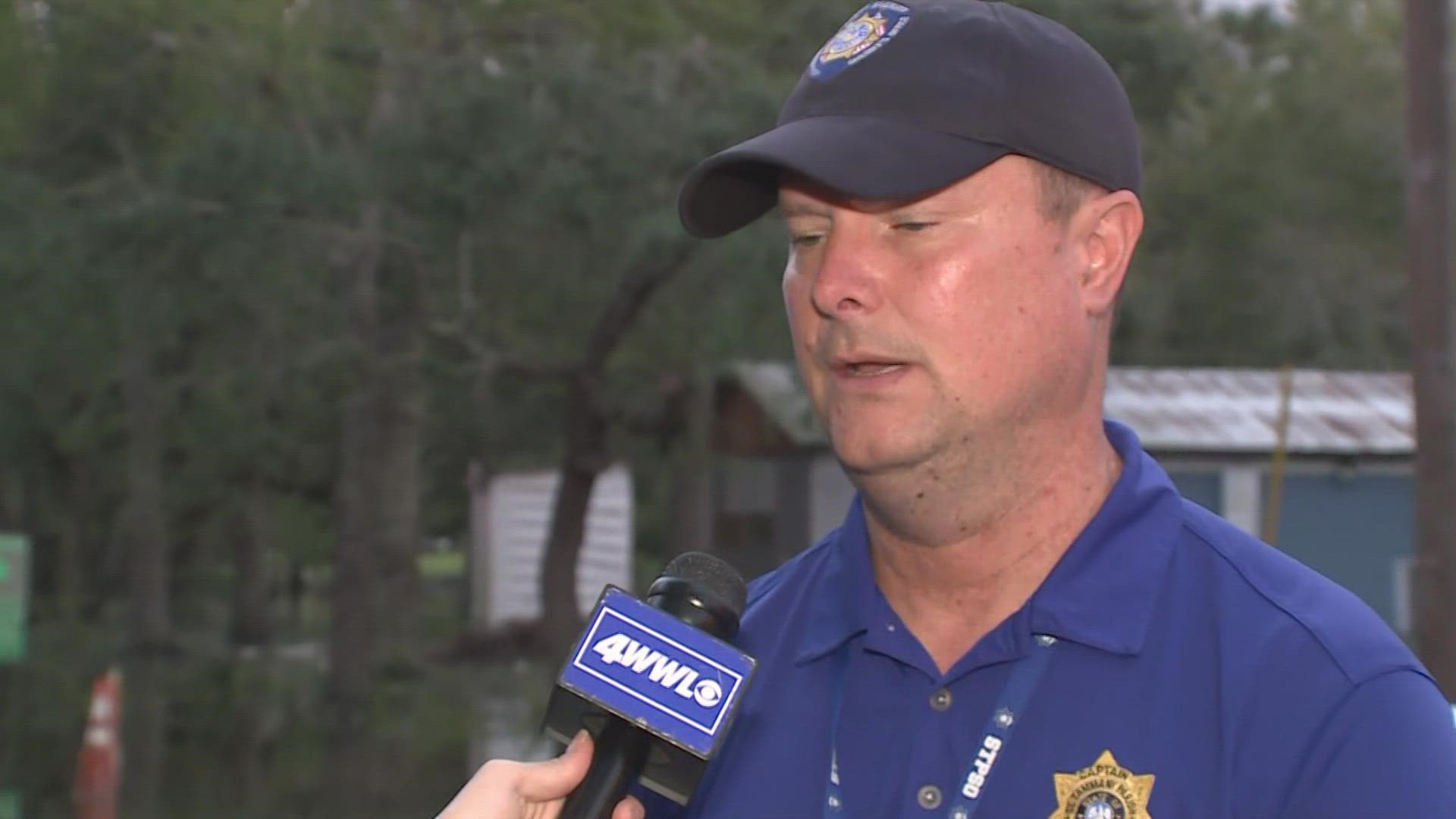 ST. TAMMANY PARISH, La. — St. Tammany Parish Sheriff's Office deputies captured a massive 12-foot, 504-pound alligator in the area of Avery Estates where a Slidell man disappeared after an apparent attack by a gator during the hours after Hurricane Ida came ashore.

Sheriff Randy Smith said the huge alligator was captured in a trap and brought to a secure sight where it was euthanized and searched. Smith said that the gator had what appeared to be human remains in its stomach.

The coroner's office will work to determine if those remains belong to the victim.

According to the St. Tammany Parish Sheriff's office, 71-year-old Timothy Satterlee Sr. was in his shed on Avery Drive in the immediate aftermath of Hurricane Ida when his wife said she heard a commotion.

Their shed is located near Lake Pontchartrain and reportedly had several feet of water inside of it due to Hurricane Ida's storm surge.

Due to the high waters and Hurricane Ida knocking out the cell service, the woman was forced to take a boat to go find help. When she returned, her husband was missing

Police said they searched for about six hours for Satterlee, but couldn't find him. Neighbors said large alligators are familiar to the area because some residents feed them.

“This is a horrible tragedy and my sincere condolences and sympathy goes to the Satterlee family. I know todays findings does not bring their loved one back, but hopefully this can bring them some sort of closure. I am very proud of the hard, non-stop work, of my deputies and the other agencies who assisted, and I hope their persistence in finding this alligator will help the family with coping with their loss. We will continue to keep them in our prayers,” Sheriff Smith said.

RELATED: Rescued from warehouse, scattered across Louisiana, but no plans yet to reunite families