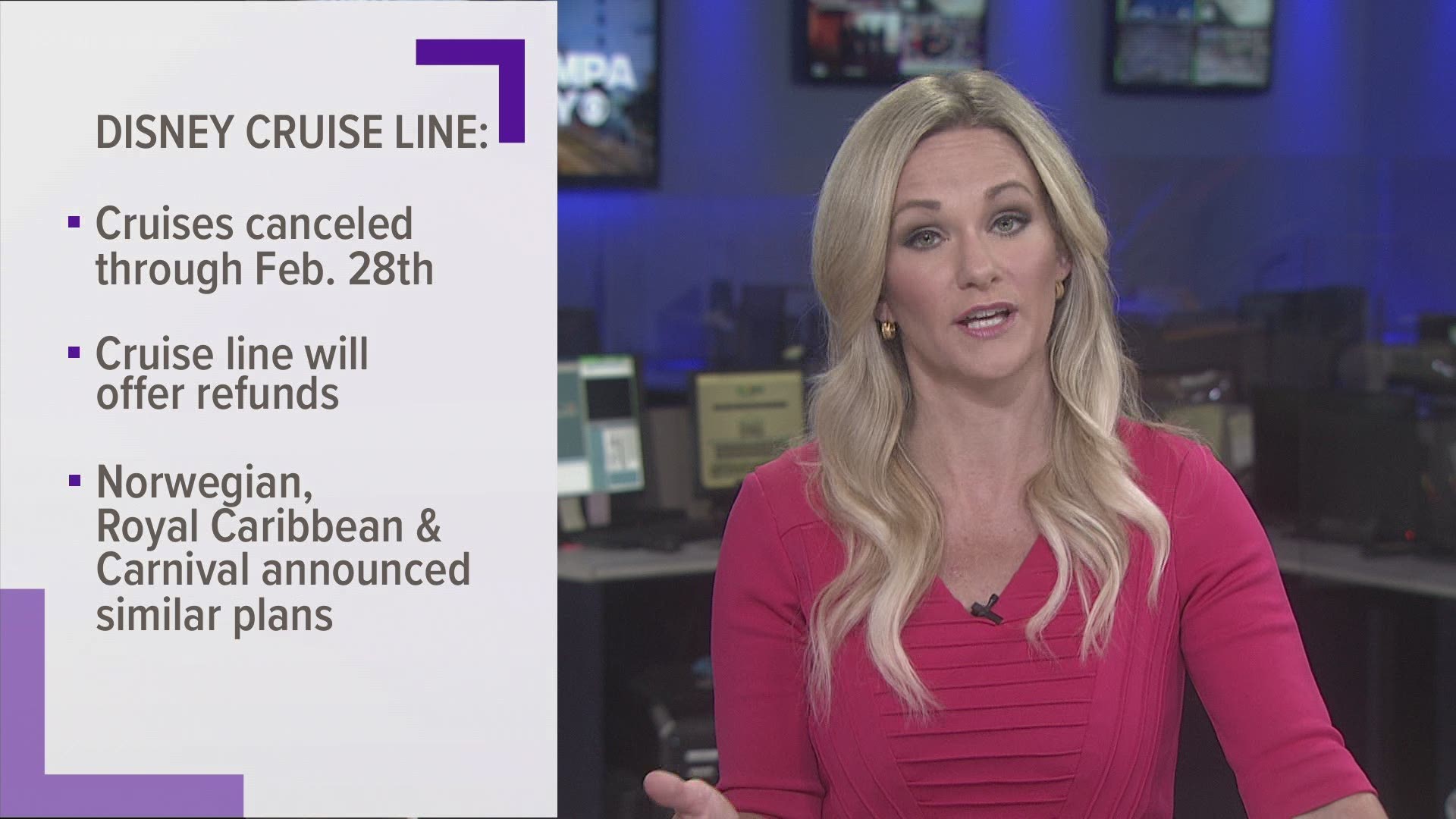 Those planning to experience the magic of Disney on the open seas will have to wait a little longer.

On Friday, Disney announced it had extended its cancellation of cruise departures through Feb. 28, 2021. This, as the company says it continues to refine its COVID-19 protocols before setting sail.

Guests who have booked a voyage affected by the continued suspension will be offered their choice of cruise credit or a full refund. If you haven't finished paying your reservation, that money will be refunded to you. Disney says more details will be emailed to guests who are affected.

You can get a full list of voyages impacted by the suspension here.

A number of other major cruise lines have now canceled sailings into early 2021. On Thursday, Carnival Cruise Line said it won't resume sailing in the U.S. until at least March. Royal Caribbean on Wednesday said it had canceled all but a few select trips based in Asia through February. Norwegian Cruise Line Holdings also said Wednesday it was canceling all of its brands' sailings through February and the majority of its March trips.

The cruise line industry has been essentially shut down since mid-March when the Centers for Disease Control and Prevention ordered cruise ships to stop sailing to U.S. ports after several outbreaks convinced officials that the vessels were potential cauldrons of infection. After being renewed several times, the most recent order expired in October, with the new guidelines effectively bringing the no-sail order to an end.

The CDC's new cruising guidelines say that in order to resume carrying passengers, the companies have to demonstrate they have procedures for testing, quarantining and isolating passengers and crew. They will have to build test labs on all ships and make their own arrangements to isolate or quarantine passengers on shore, if needed. Before being allowed to sail, they will have to conduct mock voyages with volunteers playing passengers who get sick, the CDC said.

TEGNA contributed to this report.