Richard Wilbanks was with his dog, Gunner, near a Florida pond when a gator snatched the dog and took it into the water. 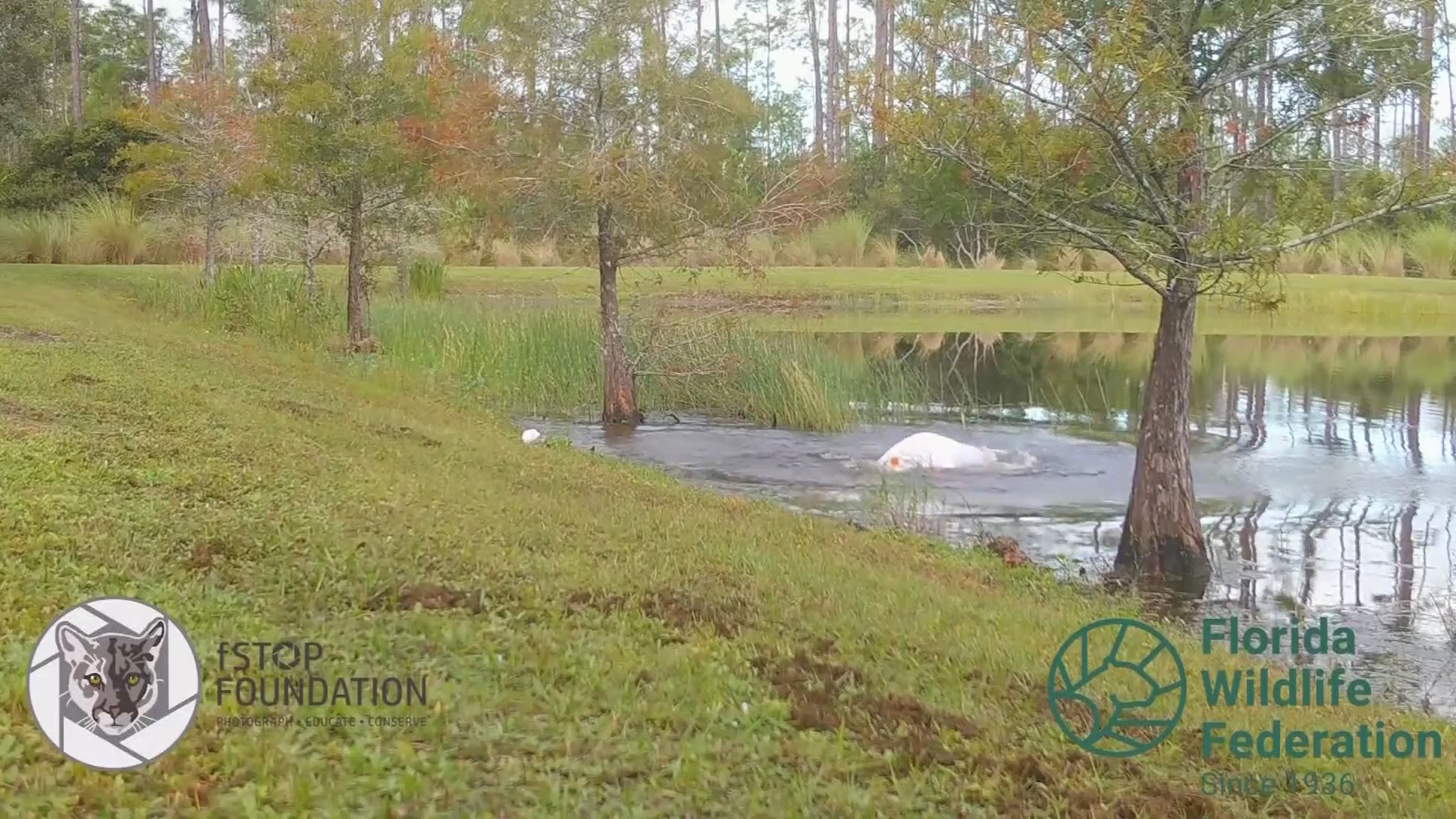 FORT MYERS, Fla. — The video is unbelievable and for some, hard to watch. It shows a man in Florida jump into a pond to save his dog after an alligator snatched it.

Richard Wilbanks was with his dog, Gunner, by a lake when a gator made its move.

“He just came out like a missile,” said Wilbanks.

The gator snatched Gunner and took the dog under water. But Wilbanks wasn't going to let the gator get away. He jumped in the water and wrestled the gator’s jaws open to free Gunner.

"He had one little puncture wound and I had, my hands were just chewed up," said Wilbanks.

The cameras that caught the rescue were set up in the area through a partnership between the Florida Wildlife Federation and the fStop Foundation. They’re there to capture images of wildlife for people to appreciate, as part of a campaign called ‘Share the Landscape.’

Gunner is a little more careful now and Wilbanks says he’s keeping his dog away from the water, and always on a leash.

"I would like to emphasize for people that have pets is to make sure that they keep them away from the edge of the water,” said Meredith Budd with the Florida Wildlife Federation.

As for Wilbanks, he says the gator was just doing what alligators do, so he didn't call the Florida Wildlife Commission to report the incident.