The Fambros were on the ground while the U.S. and 40 allied nations fought from the skies, dropping more than 88,000 tons of bombs during Operation Desert Storm. 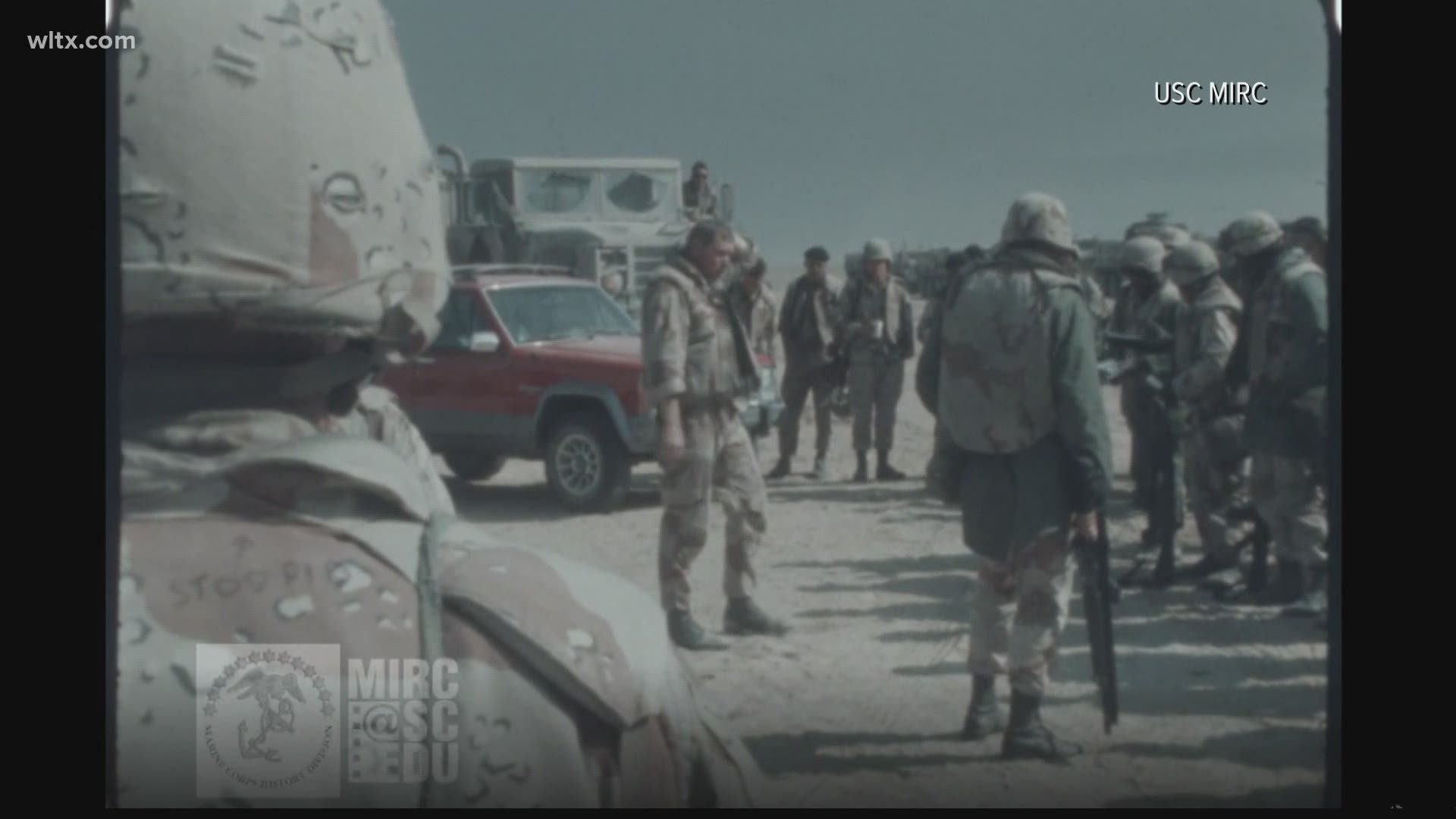 Angela and Gerald Fambro were in their 20s.

Young and in the military, the two trained together in Georgia before being deployed overseas to serve in the Gulf War.

“It was kind of scary arriving on a foreign land when you’ve never been out of the state of Georgia and here it is, you’re flying halfway across the world,” Angela said.

“My job was to… make sure that the unit stayed at a readiness to fight while we were there,” he said.

Then Angela came, just before the battle began.

It was January of 1991 and Iraqi forces had invaded the oil-rich nation of Kuwait.

Saudi Arabia, another major exporter of oil, was also under threat.

According to The U.S. Department of Defense (DoD), if Saudi Arabia fell, Iraq would control one-fifth of the world’s oil supply.

Michael Clauss, the command historian at U.S. Army Central in Sumter, had studied it closely.

“(Saddam Hussein) thought the world would sit idly by while he occupied a sovereign nation and he calculated wrong,” Clauss said.

The Fambros were on the ground while the U.S. and 40 allied nations fought from the skies, dropping more than 88,000 tons of bombs in the operation known as Desert Storm.

The Fambros would come home and, a year later, decide to marry. The battle still in their hearts.

“It is so important for us to remember the men and women who gave their life, paid the ultimate price, but the mission itself was to liberate a whole other country,” Gerald said.

“…an honor and a privilege to be a part of that group,” Gerald added.

A moment that will live on in American history.