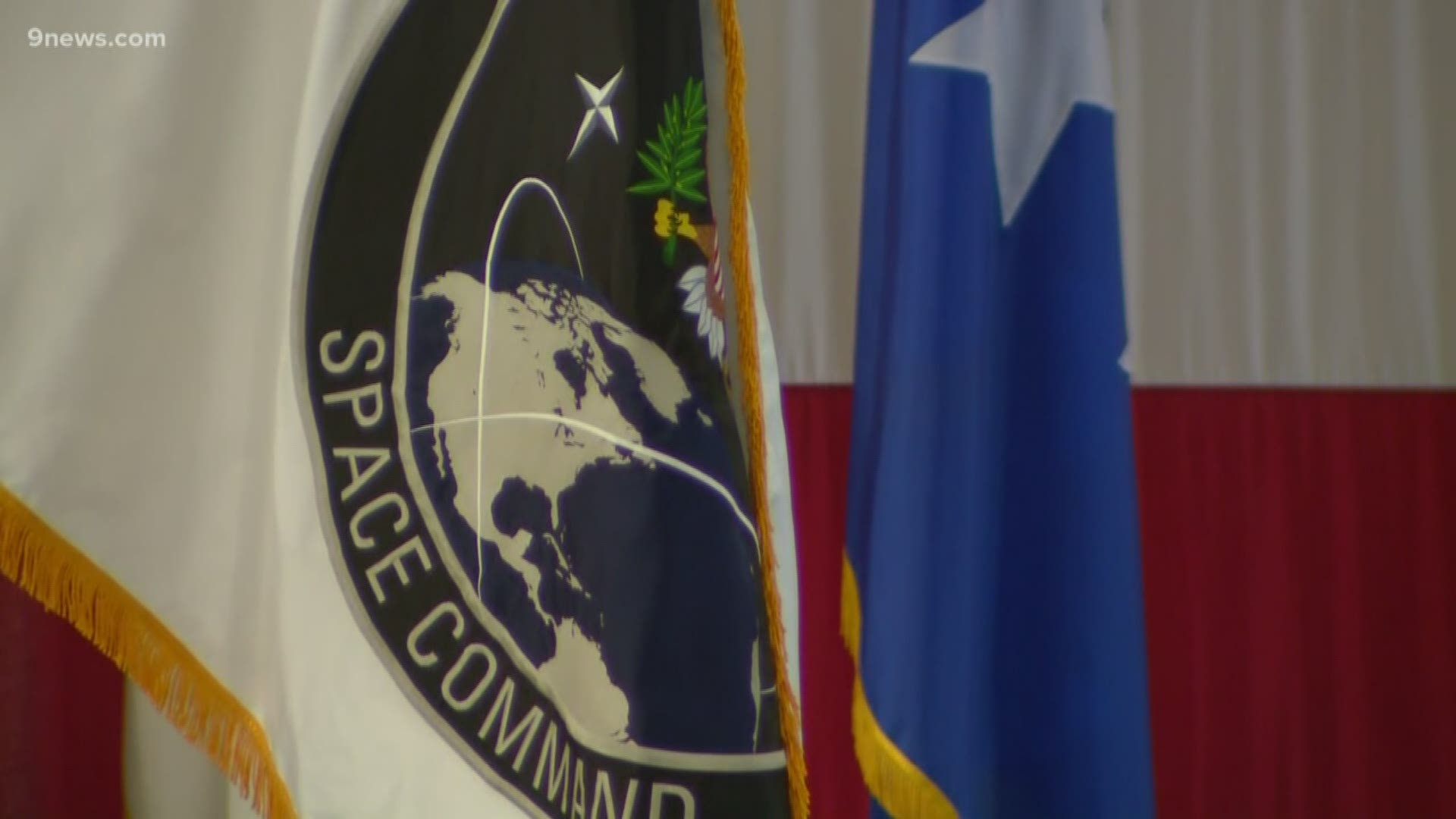 COLORADO SPRINGS, Colo — The U.S. Space Command on Monday will officially be established at its temporary location at Peterson Air Force Base.

The USSPACECOM mission is to deter aggression and conflict, defend U.S. and allied freedom of action, deliver space combat power for the Joint/Combined force and develop joint warfighters to advance U.S. and allied interests in, from, and through the space domain.

"Assured access to space is vital across the full range of military operations," said Dunford. "This step puts us on a path to maintain a competitive advantage in this critical war fighting domain."

It was established amid growing concerns that China and Russia are working on ways to disrupt or destroy U.S. satellites.

Space Command will draw elements from across the services. It will have the same status as other headquarters such as U.S. Cyber Command, Special Operations Command and Strategic Command.

The establishment streamlines the integration of space across U.S. warfighting commands and provides direct combatant commander input on the space components.

This sole focus on space enables the U.S. to maintain its superiority in the space domain, ensure space operations receive full and equal consideration for DoD resources, and consolidate responsibilities for training and globally managing the joint space forces under one single authority.

Monday's opening celebration comes fives days after it was announced that the Pentagon is diverting $8 million in construction money from Peterson to help pay for fencing on the U.S.-Mexico border.

The military said Wednesday a planned space control facility at Peterson is among 127 projects that will be delayed or eliminated to shift $3.6 billion to the border barrier sought by President Trump, the Associated Press reported.

Republican Senator Cory Gardner's staff told 9NEWS in March that he received a commitment from Trump that no funds from FY2019 would be redirected away from military bases in Colorado in order to build the border wall. The Peterson funding being diverted to the border wall is from FY2018, when the space control center was put into the budget.

Peterson is already home to other units with space operations, including missile warnings.

Colorado officials, including Gardner, Democratic Sen. Michael Bennet, and Gov. Jared Polis, are lobbying the military to make Peterson the permanent home of the Space Command.

COMMENTARY: A word about the money meant for the military in Colorado that's headed to the border wall instead