After high school these sisters decided to enlist in the Army. 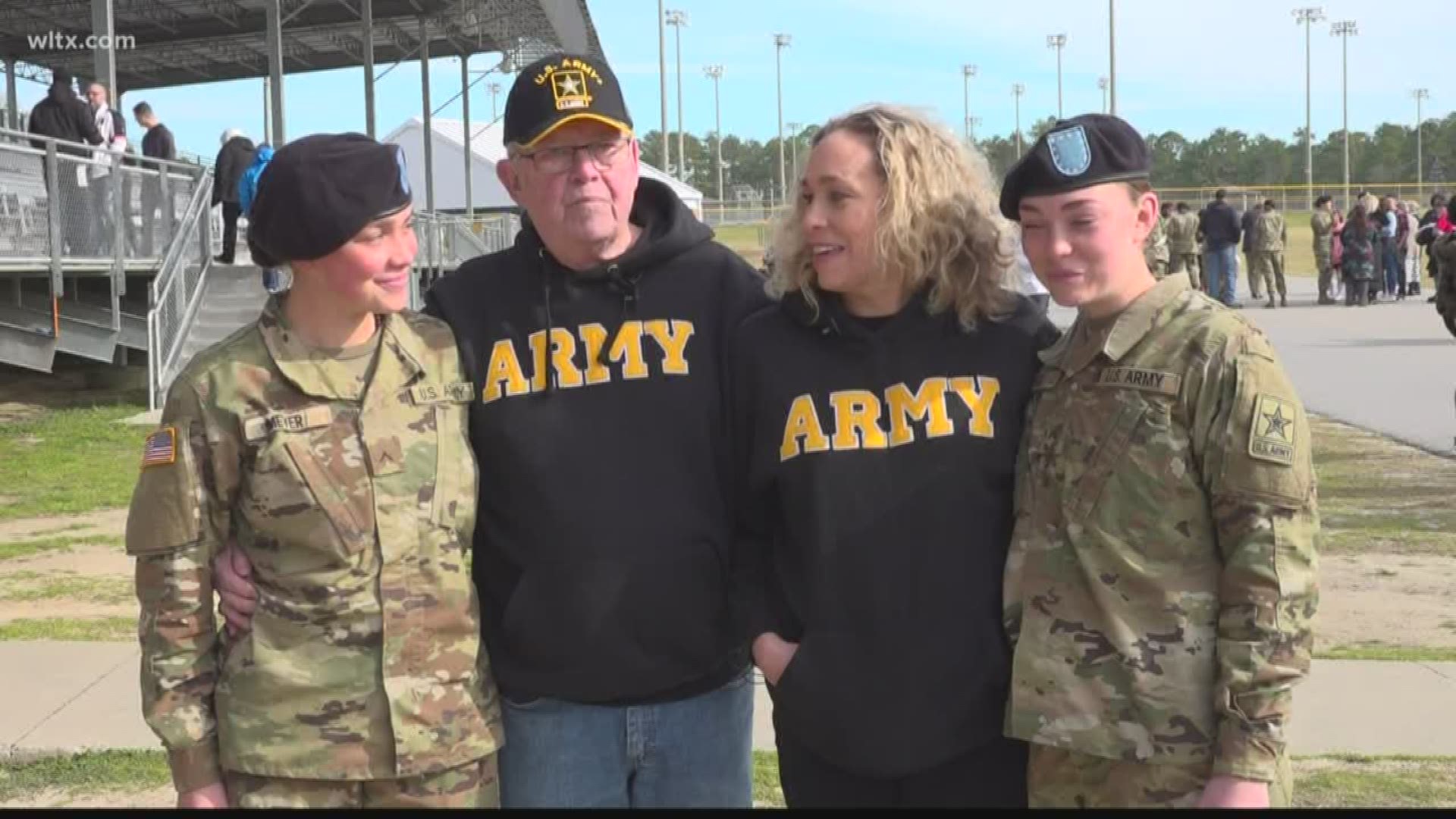 COLUMBIA, S.C. — Family day at Fort Jackson is a huge deal for soldiers and their families who have been apart for 10 weeks because of basic training.

Families reunite with their loved ones ahead of their graduation, and it's an emotional day for everyone involved.

The Meyer twins enlisted in the U.S. Army at the same time, and ended up in the same company at Fort Jackson.

"We really wanted to go to college and we needed a head start," Annika said. "We wanted something so this is where we decided to start."

"And its a neat opportunity to get a chance to serve our country and do something good," Margaret added.

Margaret and Annika Meyer decided to join the Army as Army food service specialists and have just completed their basic training.

"It's been something we've been looking forward to for so long so finally seeing them - and like being back there in the woods and like waiting and waiting ... and the anticipation finally getting out here was, like oh my gosh we're finally here we finally did it," Annika said.

"It doesn't feel real," Margaret said, "I didn't think this day would come."

The girls said leaning on each other helped them to get through basic, and maybe one day they will be stationed overseas together.

"And we've always done everything together our whole lives. So just being able to have this together and always have each other like this connection has been really good," Annika said.

"Proud is a good word for sure," the girl's mother, Rebecca said. "I just can't believe these girls who used to play with Polly Pockets and princesses have accomplished this great feat."

"I just never thought that I could have daughters that are soldiers," their dad Steven added. "I'm extremely proud and amazed by them."

The girls will graduate basic training on Thursday.

RELATED: 'It's not often that you walk into the woods and you see such a thing': Vietnam training site being excavated at Fort Jackson