The creator hopes his work will get people talking and help move the country toward making some real change. 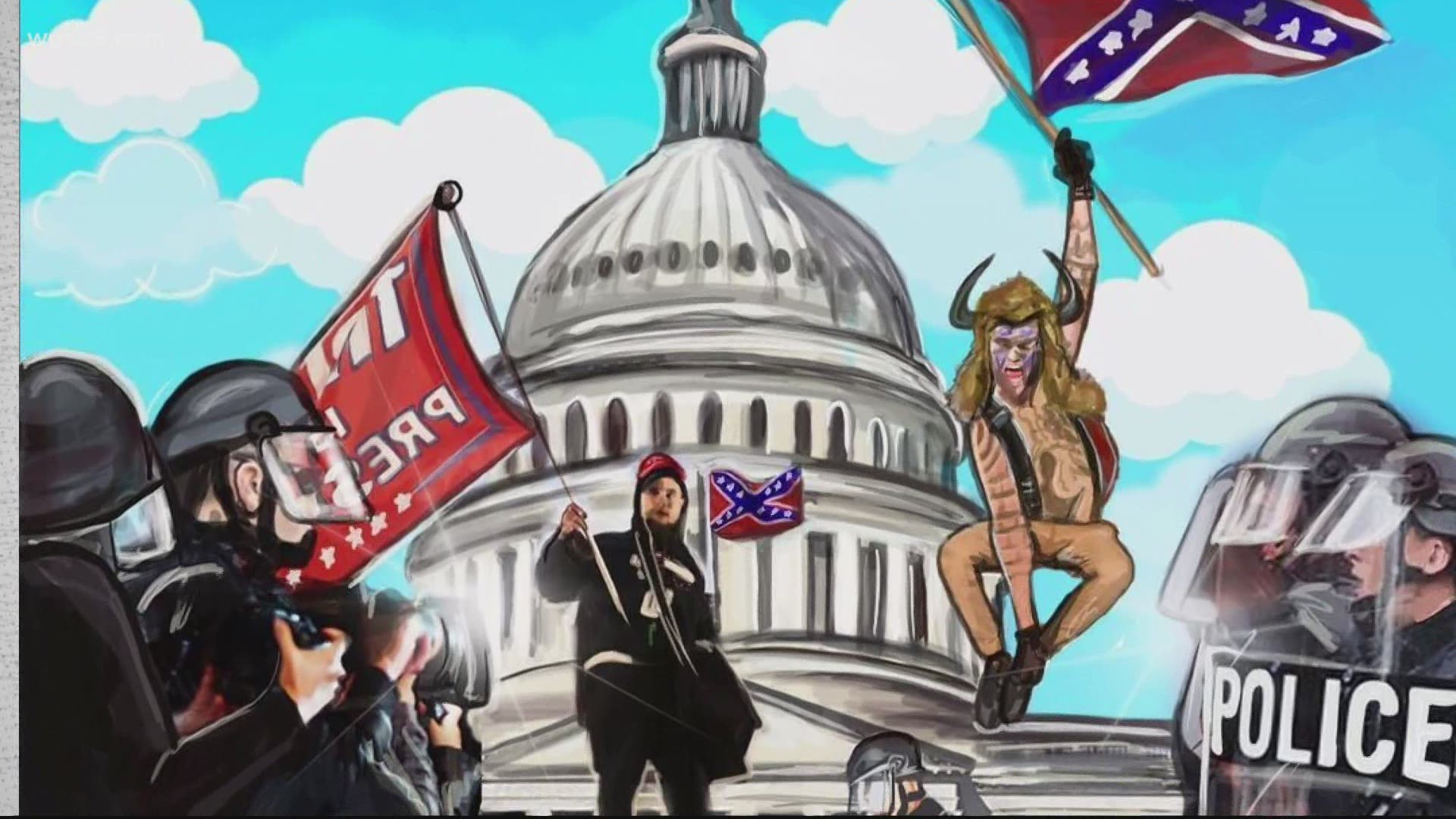 WASHINGTON — Washington, D.C. is a city that is full of art. From beautiful murals to historic architecture.

After the insurrection at the U.S. Capitol, one D.C. area artist is telling the story through paint.

The artist compared his most recent piece to a painting he created over the summer and how they show two Americas.

The phrase, "Two Americas," was birthed out of a speech from Dr. Martin Luther King Jr. called, “The Other America.” The term is used to describe the differences in what life is like between different racial and social groups in the United States.

King’s speech discussed the connection between racism, privilege, and economic inequities. Many argue the term still rings true more than 55 years later through images captured in the nation’s capital.

“The art, it’s just the perfect way for me to document what’s going on and kind of put my spin on it,” Shawn Perkins said.

Perkins captured two different realities through his eyes and put them to canvases.

RELATED: ‘Black folks would have been shot’ | DC resident who attended US Capitol riot details experience in social media video

“My initial reaction to what was kind of going on downtown was pretty much shock,” he said.

Perkins painted his latest piece after a pro-Trump mob rioted at the Capitol on Jan. 6.

“It looks like they were invited there,” Perkins described his painting. “They were posing and taking pictures. They’re having photo ops. They’re perfectly centered in the Congress Hall with the flag. I’m like, it looks like a red-carpet event.”

“We’re all aware of the imbalances and how different people are treated based on how they may look,” he said. “So, once I seen what type of people were inside doing these types of things, it went from shot to like, 'oh wow, really?'”

Perkins compared his painting of the chaos at the Capitol to an image he painted last year after George Floyd was killed in 2020.

The piece is called "Breathing While Black."

“He’s got a gun at his head. He’s got a tear coming down. His mouth has got an American flag over it so he can’t speak,” Perkins explained. “He’s basically sitting there looking kind of like helpless, but you can see the frustration, the sadness, the emotion in his face.”

Perkins was involved in many of the protests against police brutality last summer.

RELATED: 'The cavalry should have been coming' | Security at U.S. Capitol questioned after insurrection by pro-Trump mob

Along with other artists, he painted murals on boarded-up storefronts around Black Lives Matter Plaza and Downtown D.C.

“To see how people were treated then, versus now, versus this past week, was total night and day,” he said.

Perkins felt it just as important to document what happened on Capitol Hill as he did with protests over the summer of 2020.

He hopes his work will get people talking and help move the country toward making some real change.