The Airport Eagles were on the field Wednesday afternoon as they are getting ready for a Friday night jamboree at Ridge View High School. 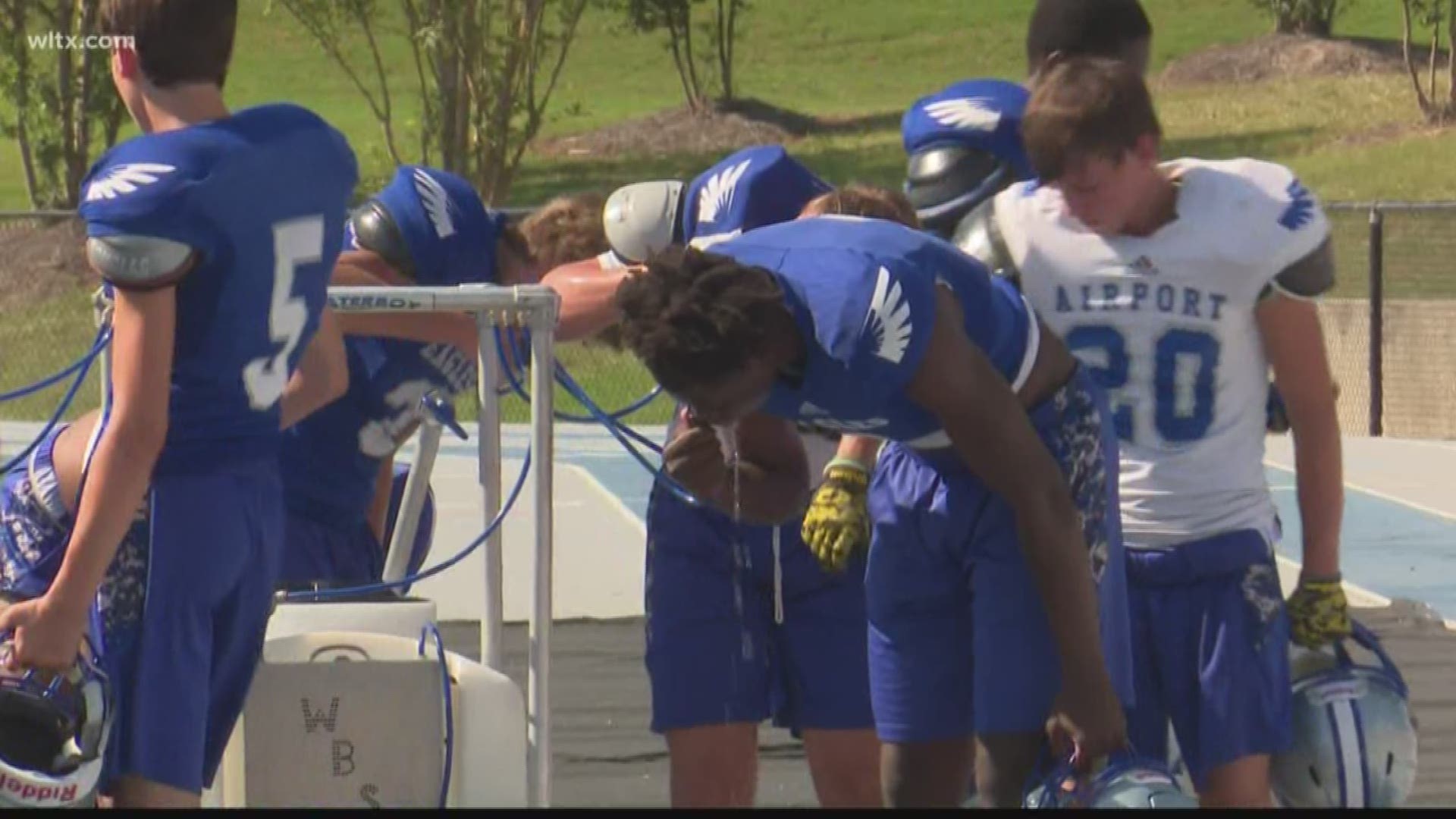 It's a constant balancing act for high school coaches and trainers. The players have to practice in the heat so they will be able to play up to their potential on Friday nights. But that doesn't mean the players go full pads for two hours when the temperature is hovering near 100 degrees.

On Wednesday afternoon, the Airport football team was practicing in the afternoon where the heat index was well above 100 degrees. But the coaches and trainers exercised caution with the players thanks to new technology.

The wet bulb \thermometer is a hand-held device that literally displays the temperature that the players are feeling. Airport trainer George Harkness says the device measures not only the temperature, but wind speed and wind direction, humidity, even the angle of the sun.

"It uses all that to make an actual calculation of heat stress," Harkness said.

"The number it puts out is the best 'feels like'.. It's the stress the players are under when they're out here."

Harkness says the special thermometer uses a graded scale and as the temperature goes up the scale, different precautions are taken whether it's increasing water breaks, removing equipment and in certain cases, shortening practices.

On Wednesday, the practice ended with the players wearing nothing but shorts, shirts and shoes. While the practice may not include the full gear that will be used in heavy contact, it allows the players a chance to still get work done and acclimated to the heat in as safe as possible environment.