The bill would allow call victims to sue the caller for damages in civil court and would require the caller to complete bias training. 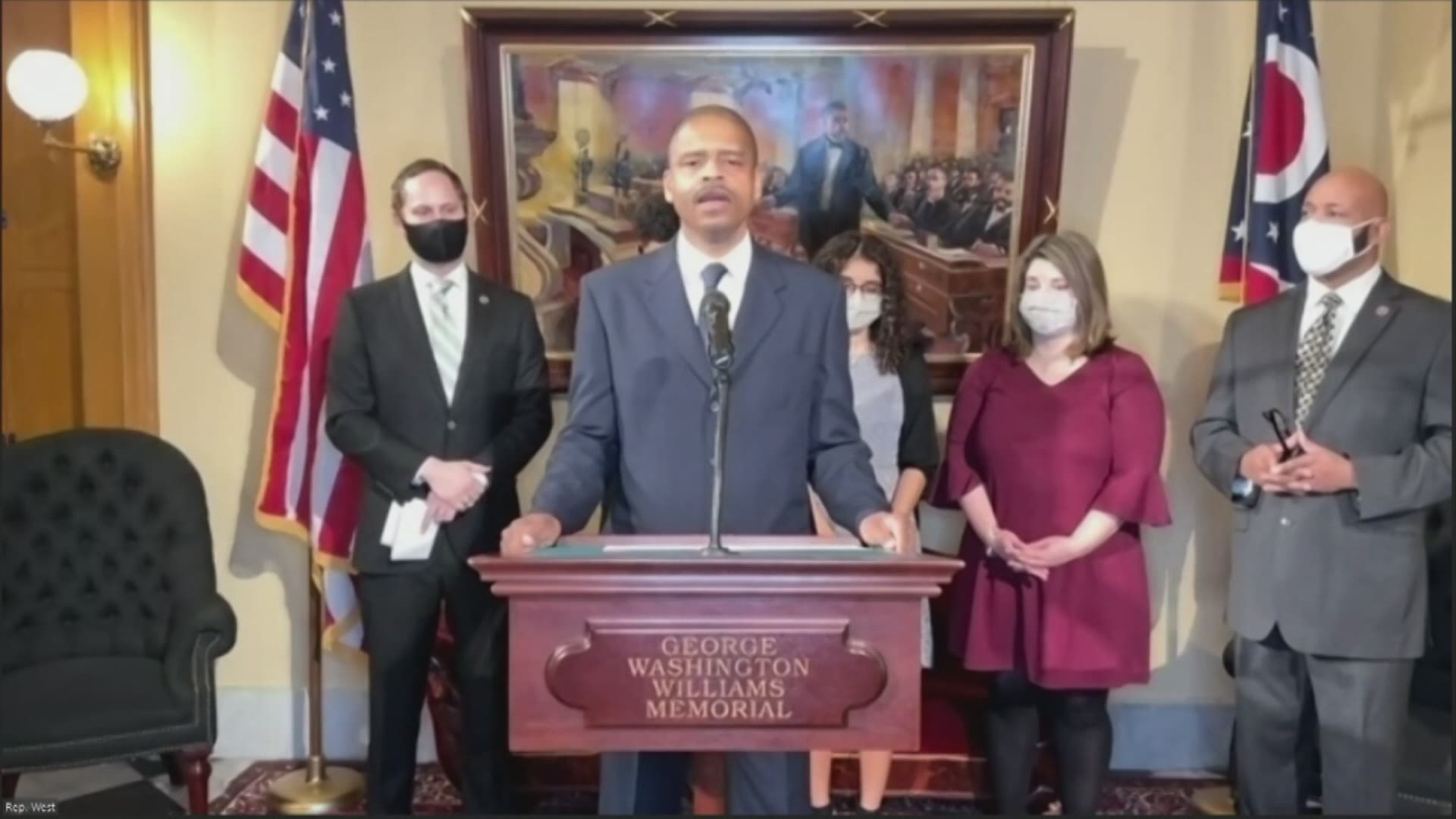 They announced their legislation Wednesday morning and were joined by Darren Cooper, a Hudson man, who was the target of such a call and ended up an incident that resulted in police unnecessarily arriving on the scene.

In September 2019, a woman in a parking lot across the street made the call while Cooper was talking on the phone and sitting in his parked car.

Authorities said the woman claimed that Cooper was holding a gun and raising it repeatedly, but Cooper explained that he was holding his iPhone while talking on speakerphone.

“It's very unfortunate that things like this are still happening today,” he said.

“I [did] not have a pistol or a weapon with me. I had my cellphone. I knew from right then and there, was singled out for being a black male, the vehicle I was driving, and it’s just so unfortunate.”

“We have seen this happen far too many times to Black Ohioans and Black Americans who are just trying to go about their daily lives,” said Rep. West.

“Folks who look like me and like Mr. Cooper should not have to live in fear of the police being called on them just for talking on the phone, loading groceries into their car, and going on a run in their neighborhood. We must create accountability measures to deter passerby from making these calls.”

Check out @OHHouseDems' video -https://t.co/FVSKzfyRmo - to hear about our plan for this year. Our survey results are clear; folks want us to expand opportunity for working people & middle class families and to deliver a plan to defeat the virus & get Ohioans back to work safely. pic.twitter.com/YD2Trf1eT4

Rep. Weinstein is also in an agreement involving this issue.

“My Hudson neighbor, Mr. Cooper, should have the freedom to do his job and live his life without fear of being harassed or racially profiled,” he said.

“It is critical that we bring awareness to this issue that affects Black Ohioans throughout this state, and that we leverage the power of education to put an end to dangerous, non-emergency uses of 911 calls.”

It is the truest honor to be sworn in to continue serving you today! 🇺🇸 pic.twitter.com/NZZ5sDtVhK

Under the bill, the call victim would have the opportunity to sue the caller in civil court for damages.

If the court found in favor of the victim, the caller would then be required to complete an implicit bias training program.

The lawmakers plan to introduce the bill soon. If passed, it would be called, “Darren’s Law.”