This local artist has finished her part in West Columbia's beautification. 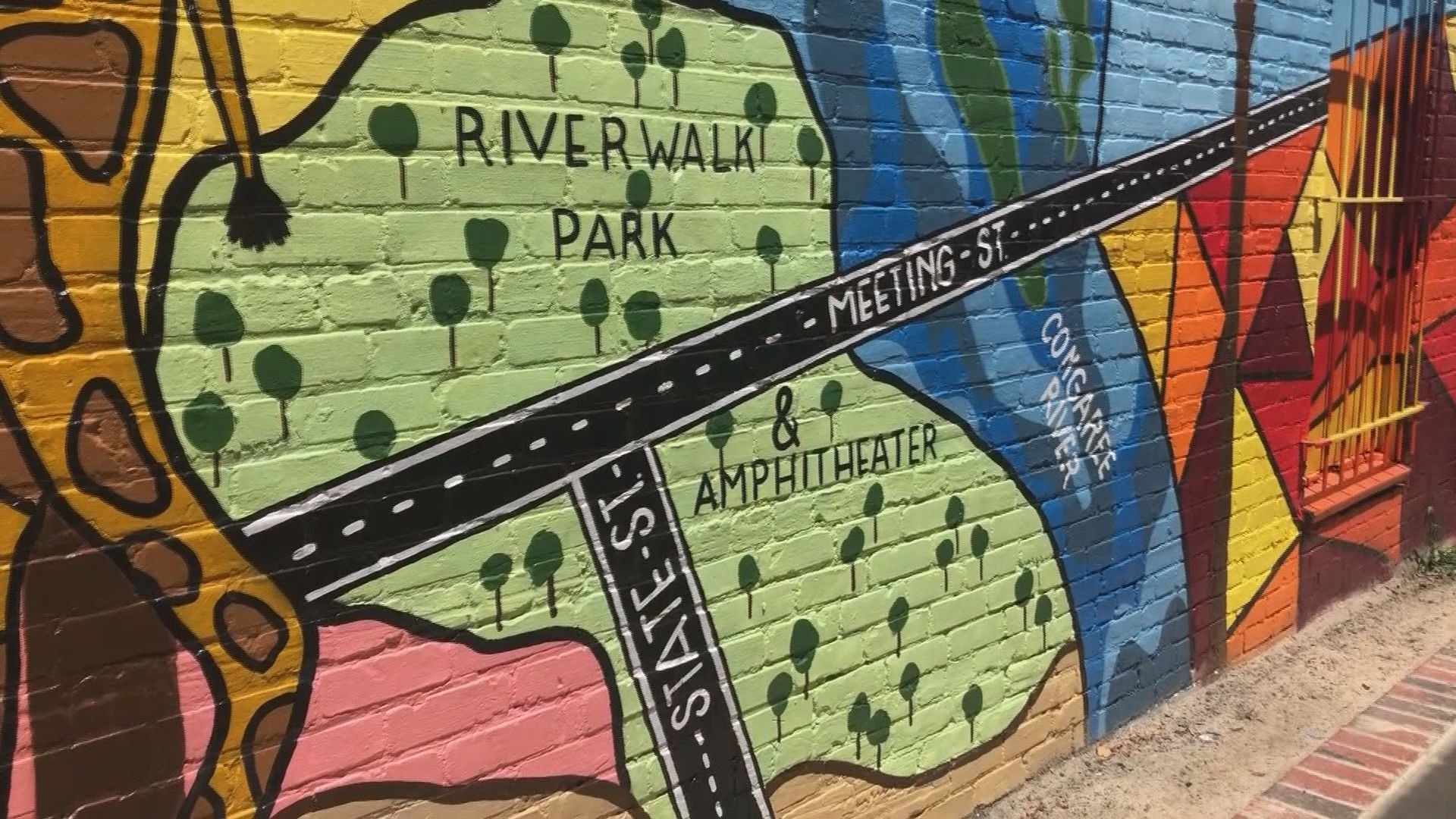 WEST COLUMBIA, S.C. — A few months back, Street Squad reported that West Columbia was looking for an artist to transform an alleyway on State Street.

We also introduced you to Christine Lutfy who has now finished the masterpiece and it is absolutely stunning.

“I first heard about it on Cola Today and Cola Daily and through the City of West Columbia and right when I found out that they were looking for a local artist, I jumped right on it because I was so excited,” Lufty said of her initial reaction to the mural.

She said she went through the process of applying for the mural job and when she was picked…. “I was over the moon excited! I just started jumping up and down in my house!”

“There were no guidelines except for the fact that they wanted it to represent West Columbia," Lufty told us,  "So, I tried to pull in different stuff that people have fun to do in West Columbia like the Riverwalk… and I usually try to always incorporate a sun in my murals so that’s why there’s a big sun here. Just to bring light and inspiration to the art community."

CHECK OUT THE FULL MURAL TOUR:

Lufty says, "I just tried to put everything together and this is what I came up with.”

With this mural and many others around the Midlands, Lutfy isn’t done yet: " And I’ll be doing another mural here (West Columbia) soon but I can’t give any details out yet!”

Christine told us in the near future, this alleyway is just going to get more beautiful with string lights and flowers lining the walkway. We cannot wait to see the finished product.