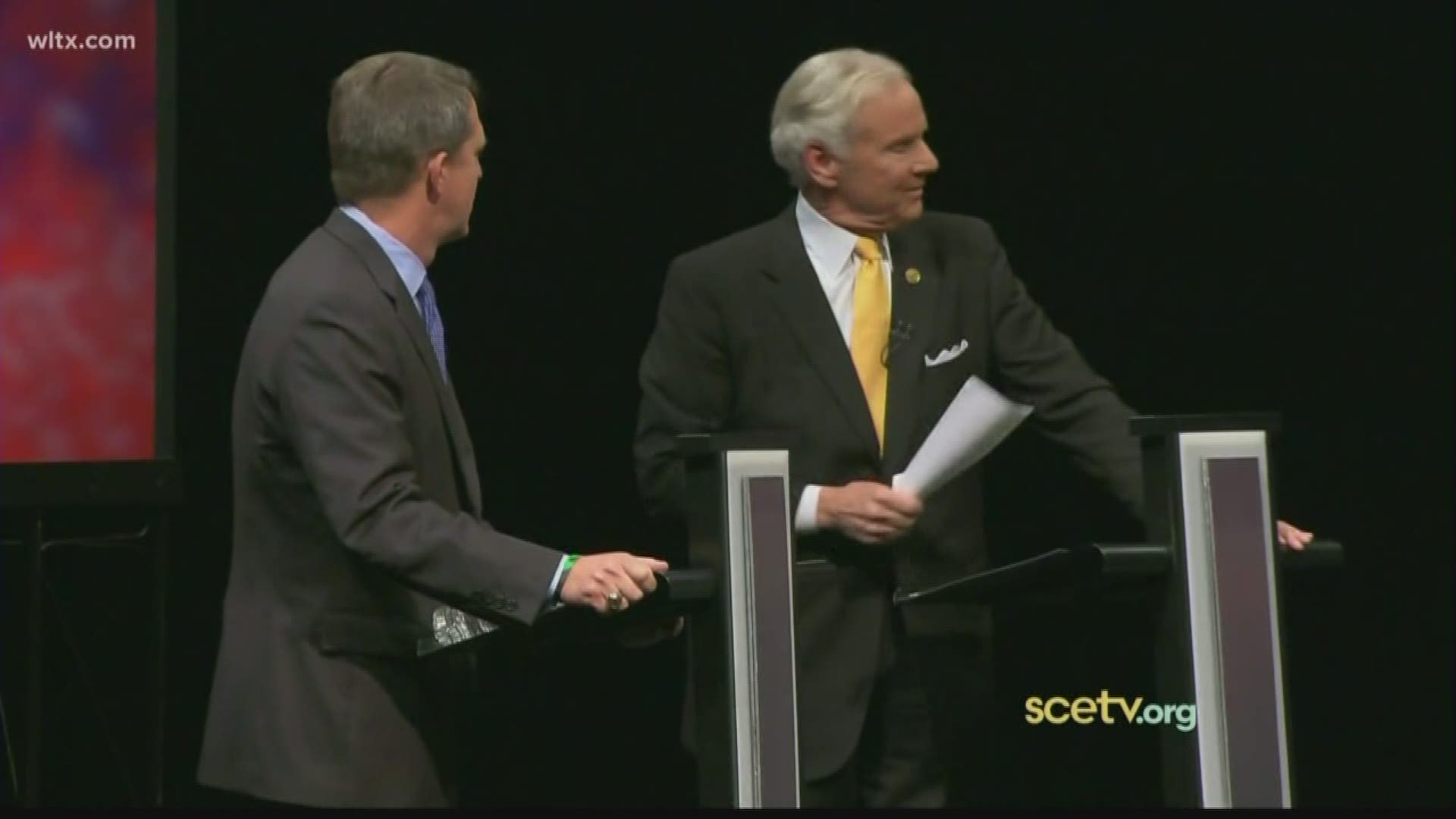 Columbia, SC (WLTX) - Voters in South Carolina and across the country will cast their ballots in the 2018 midterm elections, which some are calling one of the most pivotal in U.S. history. Either way, it's the public's chance to weigh in on the direction of their city, county, state, and country.

There are obviously a lot of elections on the ballot, chief among them in our state the one for South Carolina governor. Here's a breakdown of some the information

When will the polls be open?

Polls statewide are open until 7 p.m. As long as you are in line by 7 p.m. that day, you will be allowed the vote. 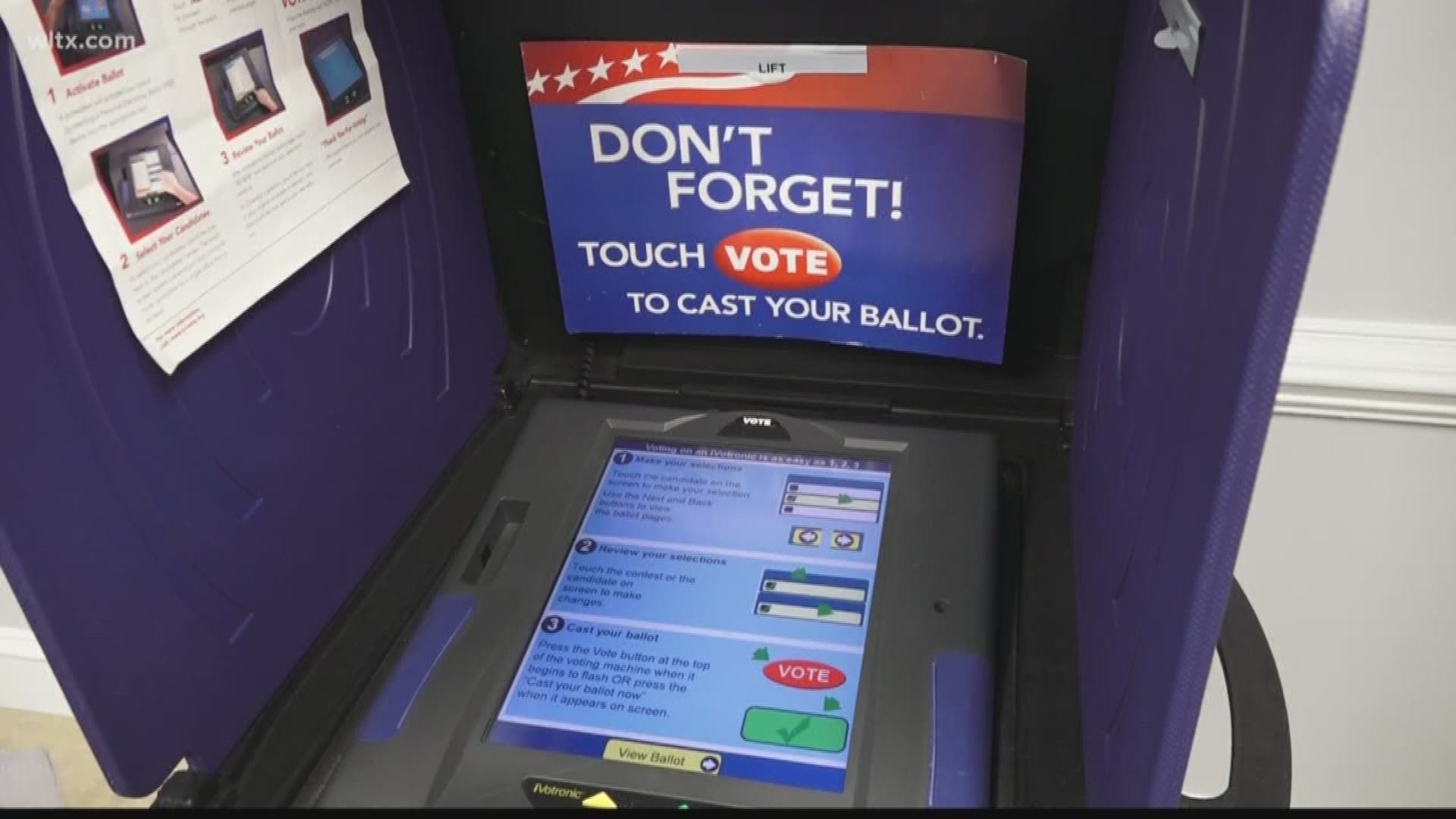 What information do I need to bring to the polls?

People need to bring one (1) of the following forms of photo ID:

If you don't have any of these forms of identification, you may vote with what's known as a provisional ballot. Bring your non‐photo voter registration card with you to the polling place. You may vote a provisional ballot after signing an affidavit stating you have a reasonable impediment to obtaining a photo ID. To see a list of those reasons, click here:

However, if you do that, you must then go back to your county election office and show your photo ID before the vote is certified, which usually happens the Thursday or Friday after the election.

How do I know where my precinct is to vote?

Check My Voter Registration - This will let you know what precinct you should be voting at, and what U.S. House, county council, city council, and other local races you're allowed to vote in. It'll ask you your county, your name, and your date of birth, and then hit submit to finish the process.

Get My Sample Ballot - You'll know exactly what races you'll see when you walk into the booth, so you can go ahead and make your choice now to reduce your time in the booth.

Can I vote absentee?

Your options at this point are all but gone if you haven't already taken action. In-person absentee voting ended Monday. The only way you still can is if you already had an absentee ballot mailed to you. In that case, you can drop it off at your county elections office until 7 p.m.

Absentee voting was strong in the state, shattering the old record for a midterm election.

Can I still register to vote?

Unfortunately, if you've never registered to vote, it's too late: the deadline was October 17. South Carolina law does not permit same-day registration. If you've registered before, however, you can vote, even if you've skipped a few elections.

How come there some candidates who are listed under two different parties?

What are main the South Carolina races I'll see on the ballot?

Incumbent Republican Henry McMaster is facing Democratic challenger James Smith. For the first time ever, the candidates will have a lieutenant governor candidate as a running mate.

All U.S. House Seats on the Ballot

SC Senate/House Seats Up for Grabs

The following Midlands Senate/House seats are contested in the Midlands:

If you're not sure if you fall in one of those above districts, check your sample ballot

Voters in Calhoun County will decide about Sunday sales. The decision will be broken up into two questions: sales on premises and off premises.

Previous Coverage: Sunday sales could be coming to Calhoun County

Voters in Calhoun, Saluda, and and Lee County have a sales and use tax that they must decide on.

If you live in these jurisdictions, you'll be asked questions about tax revenue:

We will have complete coverage on campaign night, including the most up-to-date South Carolina election results, either on-air on News19, on our website, WLTX.com, and the WLTX News19 app. (Don't have the app? Download it here!)