S1 bill banning abortion at 6 weeks to be signed into law by Gov. McMaster Thursday afternoon to face challenge in court 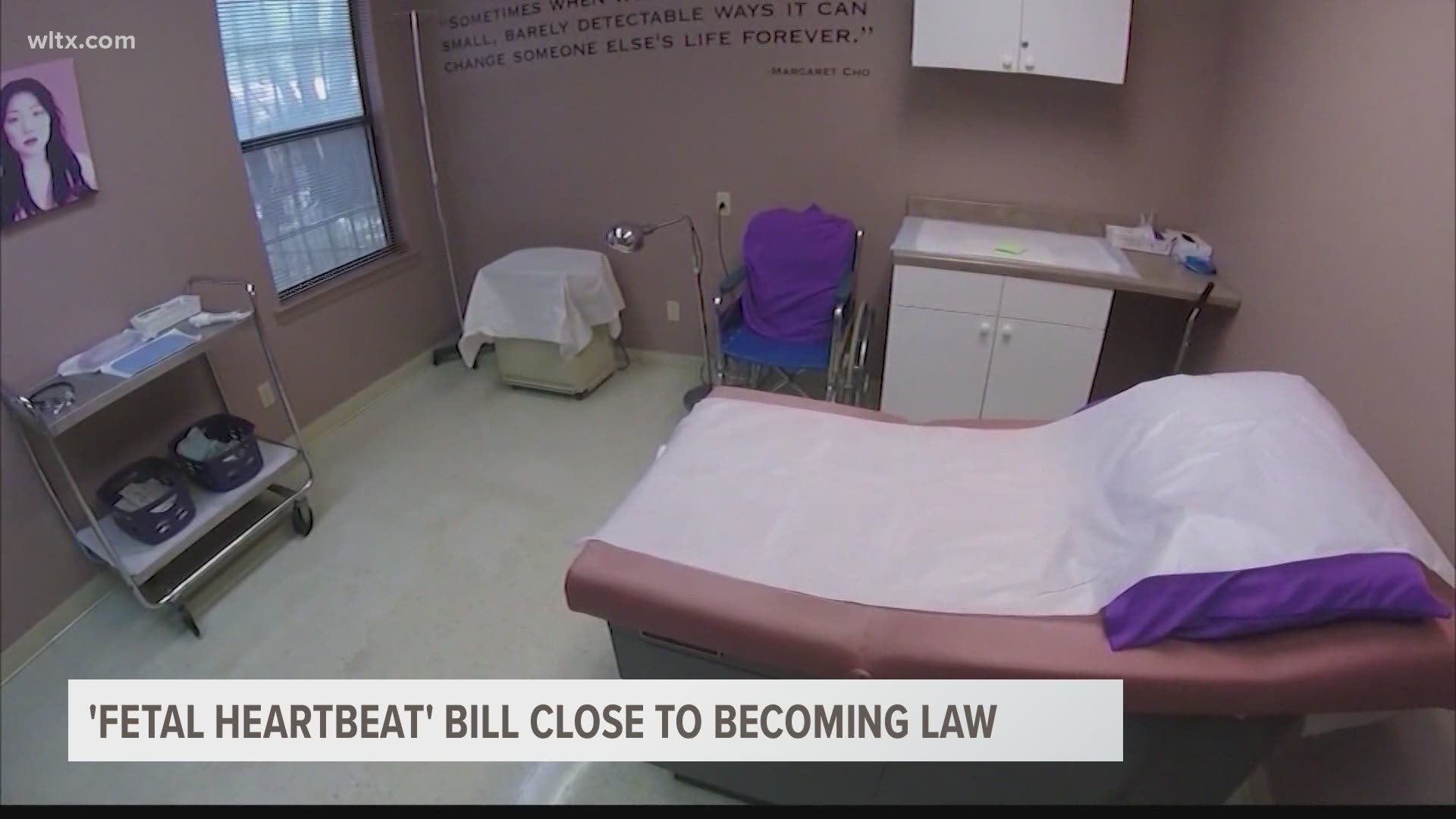 COLUMBIA, S.C. — As South Carolina Governor Henry McMaster signs the state's fetal heartbeat bill banning abortions after six (6) weeks of pregnancy on Thursday, local and national abortion rights groups have announced they will challenge the law in the courts.

Planned Parenthood South Atlantic and Greenville Women’s Clinic, represented by Planned Parenthood Federation of America, the Center for Reproductive Rights, and the law firm Burnette Shutt & McDaniel, P.A. intend to sue in federal court by the end of today, as this abortion ban is set to take effect as soon as Gov. Henry McMaster signs it into law.

Time-wise, six weeks into a pregnancy is around two weeks after a missed period. Many women -- and there are nearly 1 million in South Carolina of reproductive age -- may not yet realize they are pregnant.

According to the new law, even sexual assault survivors will be barred from having an abortion after approximately six weeks of pregnancy unless doctors report their names to law enforcement, potentially over the survivor’s objection.

At a time when millions are struggling to survive the COVID-19 pandemic, this reckless and irresponsible governing must not stand. South Carolinians deserve better. pic.twitter.com/OcwqziHKTO

“This ban blatantly defies nearly 50 years of Supreme Court precedent protecting a person’s right to end a pregnancy," said Nancy Northup, president and CEO of Center for Reproductive Rights. "Many states have passed similar bans in an attempt to send a Roe v Wade test case to the Supreme Court, but courts have blocked them all. Yet, the bans keep coming, even in the midst of a pandemic. This ban was the first bill filed in the South Carolina senate this year. There is a new administration in the White House, but reproductive rights are still under attack across the country. We expect many more anti-abortion laws to be passed this year and we will be in court to stop them.”

The ‘fetal heartbeat’ bill has officially passed in the House 74-39. Governor Henry McMaster will sign it into law in a couple hours. @WLTX pic.twitter.com/zfPSN5N9Nm