As census-like political mailers go to SC homes, make sure you're giving your information to the right people

With 2020 election season in full swing, the Census Bureau wants to make sure you know how to participate correctly. 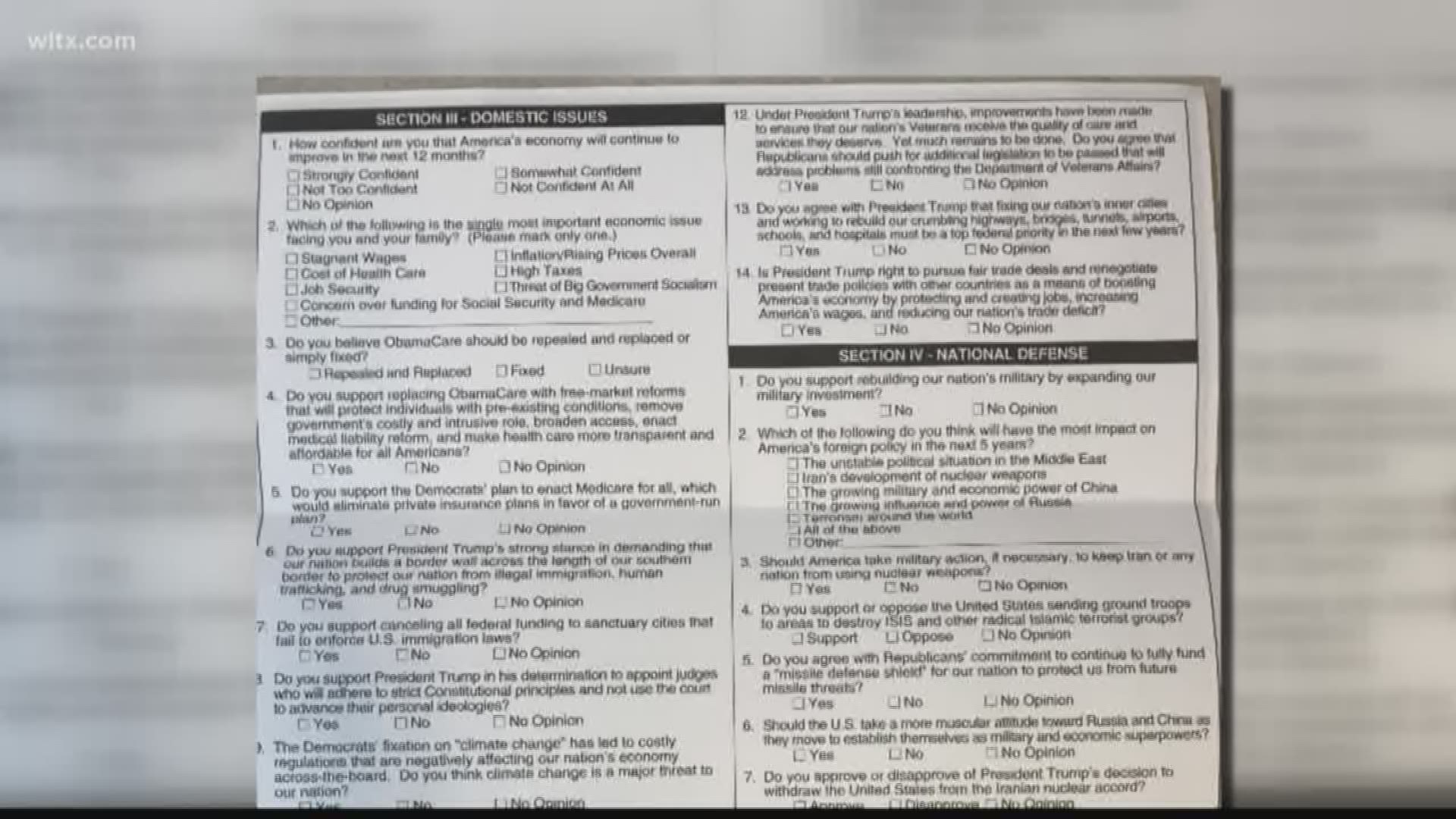 COLUMBIA, S.C. — As the 2020 election officially gets underway in Iowa, a political mailer asking for opinions and donations is arriving at some South Carolina homes.

But, is the mailer being mistaken for an official U.S. Census Bureau questionnaire?

WLTX wanted to walk you through what to look out for when you go to fill out your census form later this year.

It’s a one-page, two-sided mailer some could mistake for an official 2020 Census questionnaire that's about to make it to your home in the spring.

Recently, the mailer started arriving at some South Carolina homes.

The mailer asks things like party affiliation, if you plan on supporting President Donald Trump, and opinions on policy, including foreign and domestic.

At the end of the document, it asks for donations.

The types of questions and statements on the mailer are why co-chair of the Columbia Complete Count Committee, Chynna Phillips, said people need to know what they're filling out and what questions census takers won't ask.

“So some things that they wouldn't ask, they won't ask you what your party is, because they don't need to know that information. They won't ask for money or donations at all. Even when enumerators come to your door, that's actually a red flag. If anybody tries to even enter the threshold that's something as well,” Phillips said.

“It should have the actual U.S. Census Bureau emblem and information. Once again, they will never ask you for your social security number, any questions asking for donations, credit card information, all of that absolutely not,” Phillips said.

The Census bureau website also states they do not send unsolicited emails or ask about political beliefs.

You can look at an official sample questionnaire here.

A Republican National Committee official said the mailer in question is clearly marked it's from the RNC.

April 1st is national census day when the U.S. Census Bureau will be urging folks nationwide to fill out their information. You can fill out your census information by mail, phone, or website starting in mid-March.